Hello and welcome to the 507th installment of the SWD.

Five elements of the Islamic State and an element of Jund al-Aqsa escaped from Hayat Tahrir al-Sham-held part of Idlib Central Prison. Syrian Salvation Government, which holds the other part of the prison confirmed that several individuals escaped from it.

Abu Amara Special Task Brigade stated that its improvised explosive device killed the director of the ‘Syrian Scientific Research Center’ in Masyaf, Dr Aziz Asber and another individual accompanying him.

Syrian Democratic Forces’ Media Center announced the capture of the entire border between Syria and Iraq from the Islamic State. Full statement released by the Media Center;

Syrian Democratic forces during the second phase of the campaign of the island storm (Asfat al-Jazeera) to liberate the eastern countryside of Deir ez-Zour and the border line with Iraq managed to eliminate the last pockets of Daesh.

And in the framework of the battles which launched by SDF from three axes, they were able to make significant progress about 37 kilometers to the southeast, in the desert region between Dashisha town and the Far East of the Euphrates River. 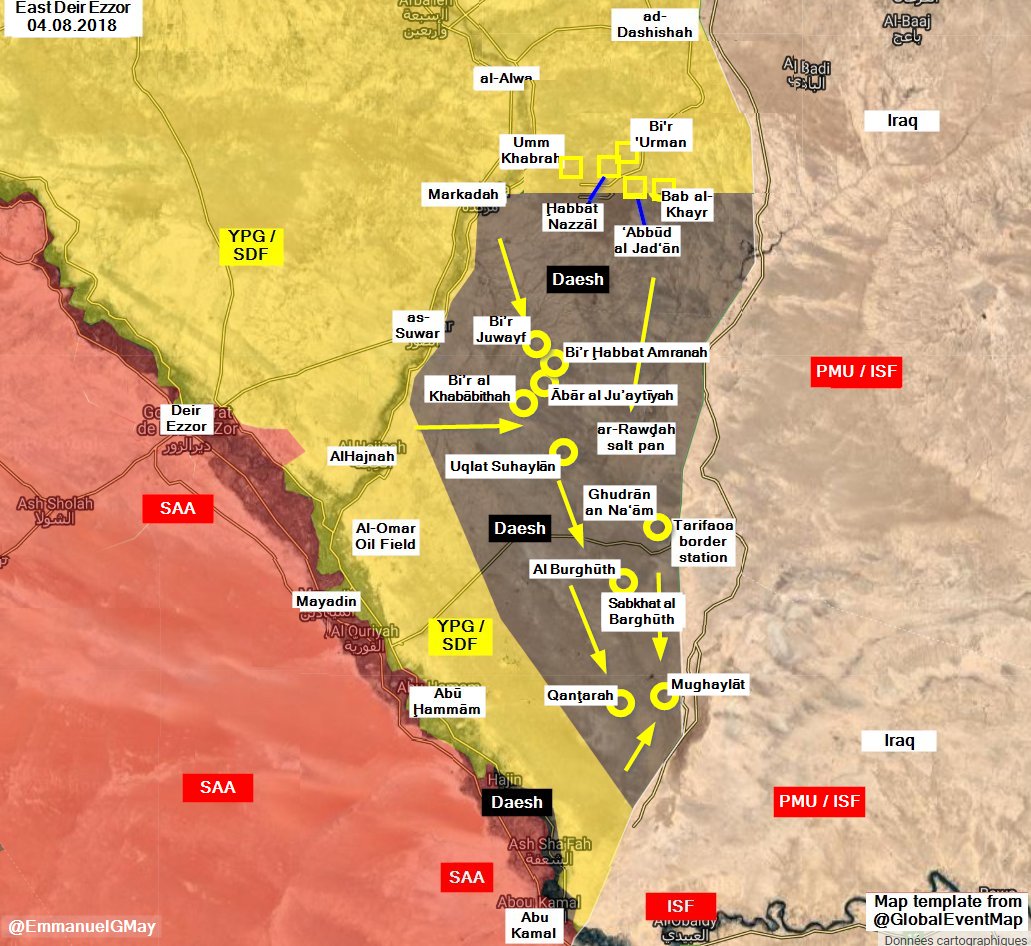 Islamic Emirate of Afghanistan’s Al-Emarah News stated that the group seized the center of Laja Mangal district, as well as Afghan National Police’s headquarters and a large base near the center from the Afghan National Security Forces. According to Al-Emarah News, 18 elements of the Afghan National Security Forces were killed, eight wounded and two captured, as well as three vehicles destroyed in the encounters. Islamic Emirate of Afghanistan seized two armored vehicles from the captured installations.