Hello and welcome to the 321st installment of the SWD.

Turkish Armed Forces conducted strikes over 53 targets in Afrin region. The strikes were conducted by 26 Turkish Air Force’s warplanes. Four elements of the Free Syrian Army were wounded in today’s clashes. Turkish Armed Forces also stated that at least 59 elements of Yekîneyên Parastina Gel were “neutralized” today and 616 since the start of the operation ‘Olive Branch’.

Situation in Afrin region, HD version of this map can be found here. Source: Tomasz Rolbiecki

Free Syrian Army’s Jaysh al-Nasr released a statement disassociating itself from Captain Muhannad Junaid, responsible for the group’s external relations. Media official of Jaysh al-Nasr, Mohammad Rashid stated that the group decided to withdraw from the Syrian National Dialogue Congress in Sochi a month ago, while Junaid wanted to attend the event. 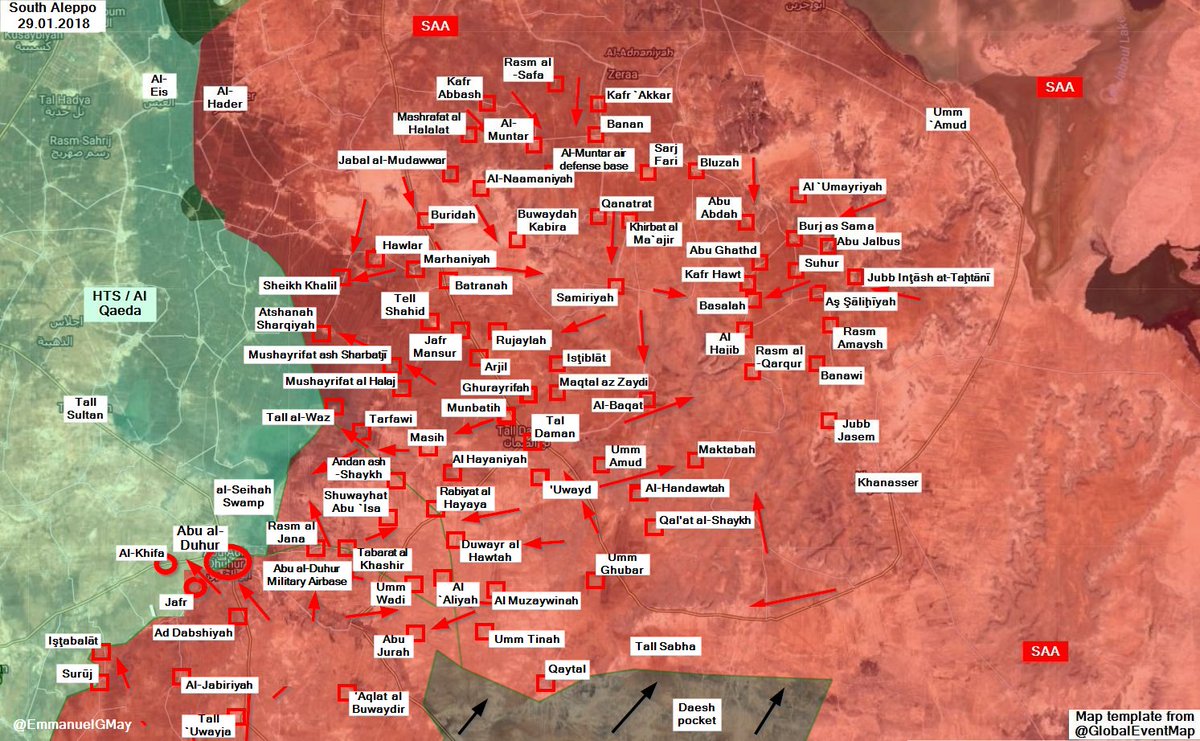 Five Islamic State’s inghimasi (suicide fighters) raided Afghan National Army’s military base in the city of Kabul. One fighter conducted a suicide attack, three were killed in the clashes, and one was captured. Afghan Ministry of Defense stated that five people were killed and ten wounded in the attack. Islamic Emirate of Afghanistan (Taliban) condemned the attack in Kabul.

Afghan National Security Forces killed an element of the Islamic Emirate of Afghanistan in Alingar district.

Islamic State assassinated Afghan National Police’s commander and one of his bodyguards in the city of Jalalabad, capital of Nangarhar Province.

Islamic State’s Amaq Agency reported that two elements of the Afghan Local Police were killed during the clashes with the Islamic State in Momand Dara district.

Afghan National Security Forces killed five elements of the Islamic Emirate of Afghanistan, as well as destroyed a vehicle and an ammunition cache in Pusht Rod district.

Afghan National Army’s element surrendered to the Islamic Emirate of Afghanistan with his weapon in Gizab area of Shah Wali Kot district.