Hello and welcome to the 362nd installment of the SWD. 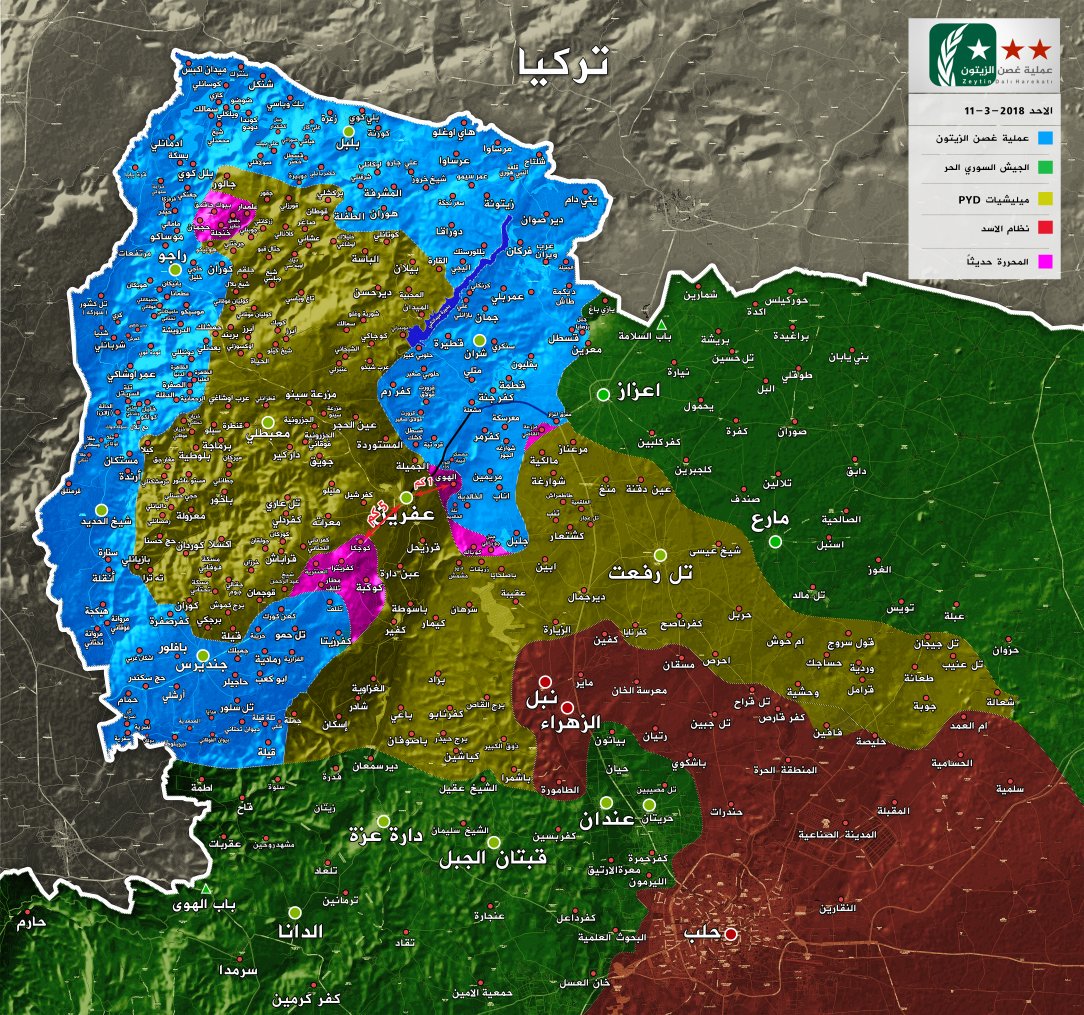 Unknown gunmen attempted to assassinate leader of the Free Syrian Army’s Jaysh al-Izza, Major Jamil Saleh near Hish as he was returning from the front line with the Syrian Arab Army. Saleh wasn’t wounded in the incident and reportedly managed to wound one of the gunmen.

Hayat Tahrir al-Sham’s elements, who were transferred to Idlib through Qalat al-Madiq crossing in the western Hama yesterday, are still present in Qalat al-Madiq area. Several sources spread false reports that the elements were arrested by Jabhat Tahrir Suriya. These reports were officially denied by Ahrar al-Sham’s commander and head of the security committee in Qalat al-Madiq, Ahmed Zafar. Zafar said that they met with the 13 elements who were evacuated from the East Ghouta, and that they refused to go towards Hayat Tahrir al-Sham-held areas, but rather stay in the region.

Unknown gunmen attempted to assassinate Dr. Ahmed Saleh, leader of Liwa al-Assafat, belonging to the Free Syrian Army’s Jaysh al-Izza. The incident occurred on the road between Talbiseh and Al-Ghantu in the rebel Northern Homs pocket. Saleh is reportedly in good condition, as the group is searching for the gunmen.

Rebel forces in the East Ghouta shelled Jaramana and Harasta, as well as Al-Qaimiriyah, Barzeh, Al-Abbasiyin, Bab Touma, Al-Qasaa, Al-Bazouriyah, Al-Hamidiyah, Al-Shaghour, and Rukn al-Deen areas of the city of Damascus. According to the Syrian Arab News Agency, four civilians were killed and 26 wounded by the shelling of the aforementioned localities.

Syrian Arab Army captured Madyara from rebel factions and managed to split the East Ghouta pocket into two, by connecting with the elements stationed at ‘Army Armored Vehicle Base’ in Harasta. The northern pocket of the East Ghouta is predominately Jaysh al-Islam-held with limited Ahrar al-Sham presence, while the southern pocket is predominately Faylaq al-Rahman-held with limited Hayat Tahrir al-Sham presence. Syrian Arab Army could create a third rebel pocket in the East Ghouta, if its forces northeast of Harasta connect with those at the aforementioned base.

Islamic State’s Amaq Agency reported that a sniper killed an element of the Syrian Arab Army in Al-Tadamon neighborhood, south of Damascus. 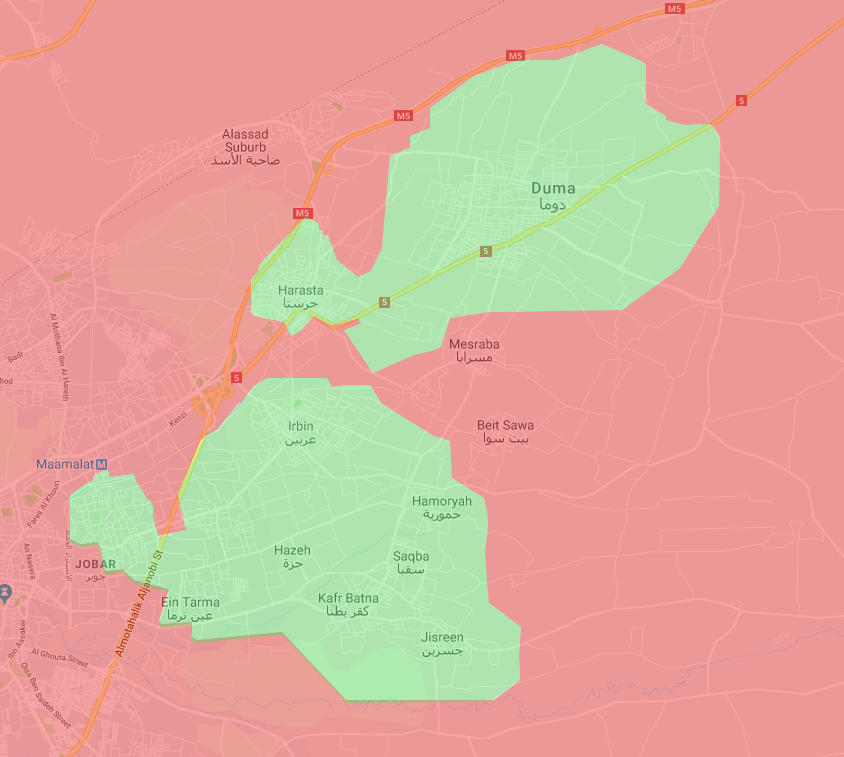 Islamic Emirate of Afghanistan ambushed and killed an element of the Afghan Local Police in Yaka Toth area of Pashtun Kot district.

Afghan National Security Forces killed 43, wounded 77, and arrested five elements of the Islamic Emirate of Afghanistan in Khawajah Bahawodin, Yangi Qala, and Darqad districts, according to the Afghan Ministry of Defense.

Afghan National Security Forces killed six elements of the Islamic Emirate of Afghanistan in the province.

Afghan National Security Forces killed six and arrested one element of the Islamic State in Nazyan and Kama districts.

Islamic State’s Amaq Agency reported assassination of a translator for the United States Army and an element of the ‘National Directorate of Security’ west of the city of Jalalabad, capital of Nangarhar Province.

Afghan National Security Forces killed 42 and wounded 30 elements of the Islamic Emirate of Afghanistan, as well as destroyed a vehicle and two motorcycles in Bala Buluk district, according to the Afghan Ministry of Defense.

Afghan National Security Forces killed 54 and wounded 11 elements of the Islamic Emirate of Afghanistan, as well as destroyed several ammunition caches in Maywand district, according to the Afghan Ministry of Defense.