Hello and welcome to the 352nd installment of the SWD.

Turkish Armed Forces announced death of eight of its elements and injury of additional 13, due to engagements with the Syrian Democratic Forces’ YPG in Afrin region. This announcement brings Turkish Armed Forces death toll in the operation ‘Olive Branch’ to 41 elements.

Syrian Arab Red Crescent in cooperation with the International Committee of the Red Cross and Red Crescent delivered a humanitarian aid convoy to Afrin region, consisting of 29 trucks.

Rebel forces in the East Ghouta shelled Harasta, as well as Al-Shaalan, Bab al-Salam and Abu Rummaneh areas of the city of Damascus. According to the Syrian Arab News Agency, one civilian was wounded by the shelling of Bab al-Salam area.

Jaysh al-Islam’s spokesman, Hamza Birqdar stated that the group launched a counterattack against the Syrian Arab Army on Hawsh al-Dawahirah front in the East Ghouta. Birqdar shared footage showing four killed Syrian Arab Army’s elements, while the reports claim that 15 elements were killed in the encounter.

Syrian Arab Army-affiliated Liwa al-Quds sent a military convoy to the East Ghouta, in order to participate in the battles in the area. 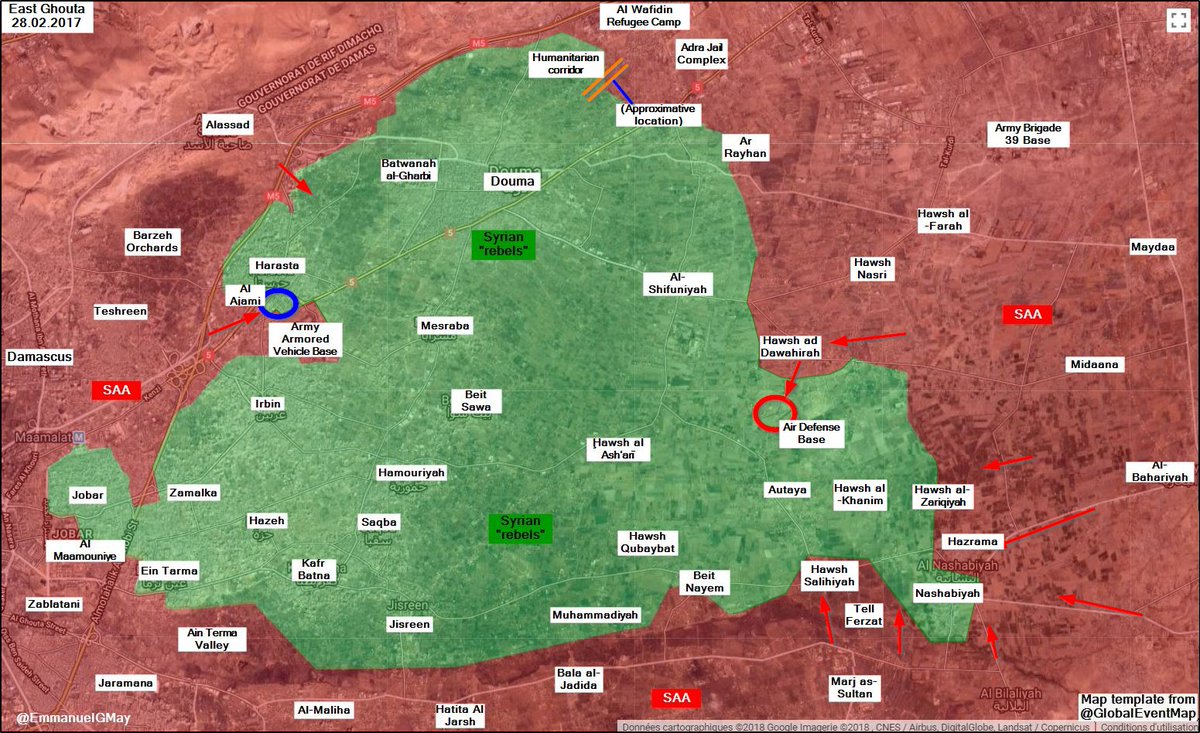