Hello and welcome to the 124th installment of the SWD.

Islamic State’s inghimasi (suicide fighters) reportedly conducted an operation against SDF in Al-Jazrah district, west Raqqa city. According to Amaq, 19 SDF‘s fighters were killed during the encounter with IS’ inghimasi which lost two men, while the rest safely withdrew.

Suicide bomber detonated himself near the Abu Dhar al-Gharafi mosque, Idlib city, as the high-ranking figure in Hayat Tahrir al-Sham, Abdullah al-Muhaysini was present in the area. Target of the attack, Al-Muhaysini, wasn’t injured in the attack, but one person was killed and at least 10 were injured. 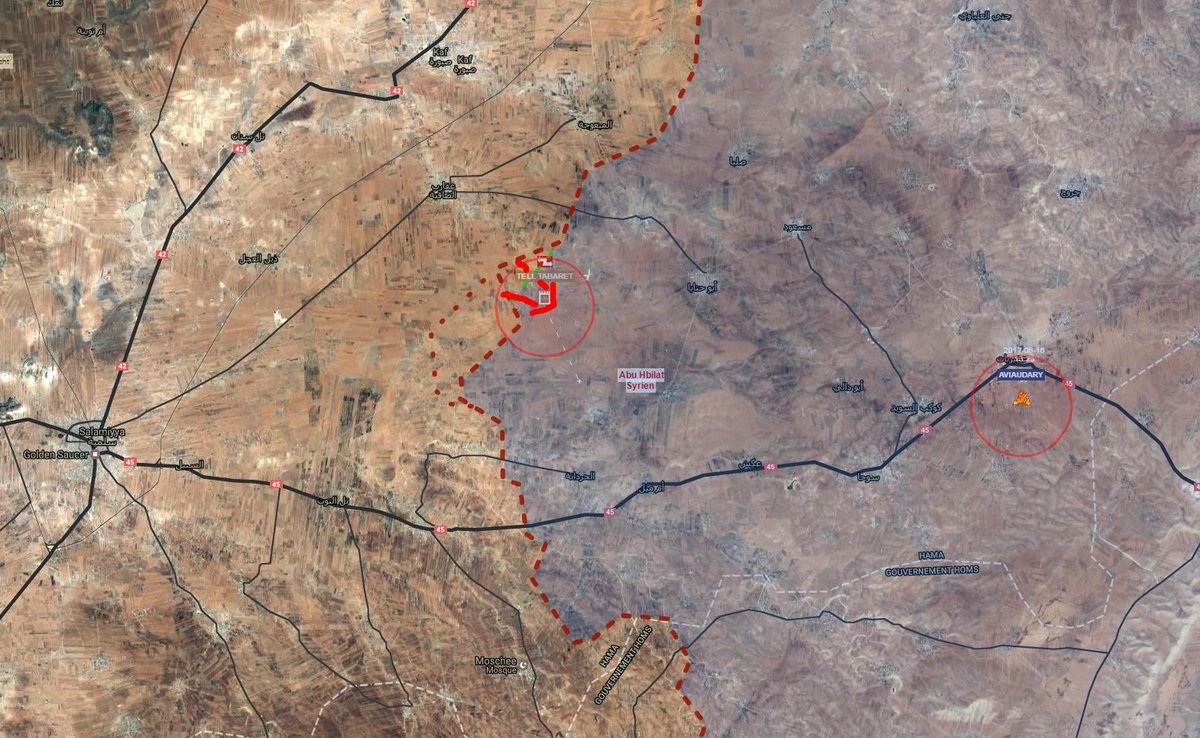 Heavy clashes are ongoing between Islamic State and Syrian Arab Army close to T3 airport, according to the former’s media outlet, Amaq Agency, SAA is currently seven kilometers (~4.3 miles) away from the locality. Since there wasn’t any footage released from T3 airport and since Amaq claimed the airport is under IS’ control, reports about SAA capturing the locality on the 14th of June, appear to be false. However, T3 airport and area surrounding it, should be treated as a disputed zone because of heavy clashes occurring there.

Islamic State and Iraqi forces clashed at the outskirts of the Old Mosul district, the latter reportedly lost 12 soldiers due to IS’ snipers in Bab al-Toub neighborhood, Al-Nabi Shayt and Al-Kurnish street.

Iraqi Army made new advances against Islamic State, east of Tal Afar by capturing several localities from the latter and encircling the villages of Mugharin and Tuaim. Captured localities today are Al-Zanazil, Abu Kador and Kanisa.

Prominent Islamic State’s female figure in “Wilayat Diyala”, known as Umm Jabir, was killed today along with two of hers underage sons (six and nine years old) when unknown gunmen entered Umm Jabir’s home at the outskirts of Hawijah. Umm Jabir was the wife of IS’ Emir of “Wilayat Diyala”, who is also deceased.

On the 15th of June 2017 CJTF-OIR has conducted 29 strikes in Syria. CJTF-OIR‘s main focus in Syria at the moment is Tabqa-Raqqa-Deir al-Zour region where they did 26 strikes supporting SDF‘s operations against IS destroying five IS oil storage tanks, six vehicles, an IS well head, nine fighting positions, three mortar systems, two supply caches, two IS headquarters, a heavy machine gun, and a home-made explosives factory.

Other area where three airstrikes occurred is Abu Kamal (Al-Bukamal) destroying three IS well heads. Full report on CJTF-OIR strikes conducted in both Syria & Iraq can be found here.