Hello and welcome to the 89th installment of the SWD. 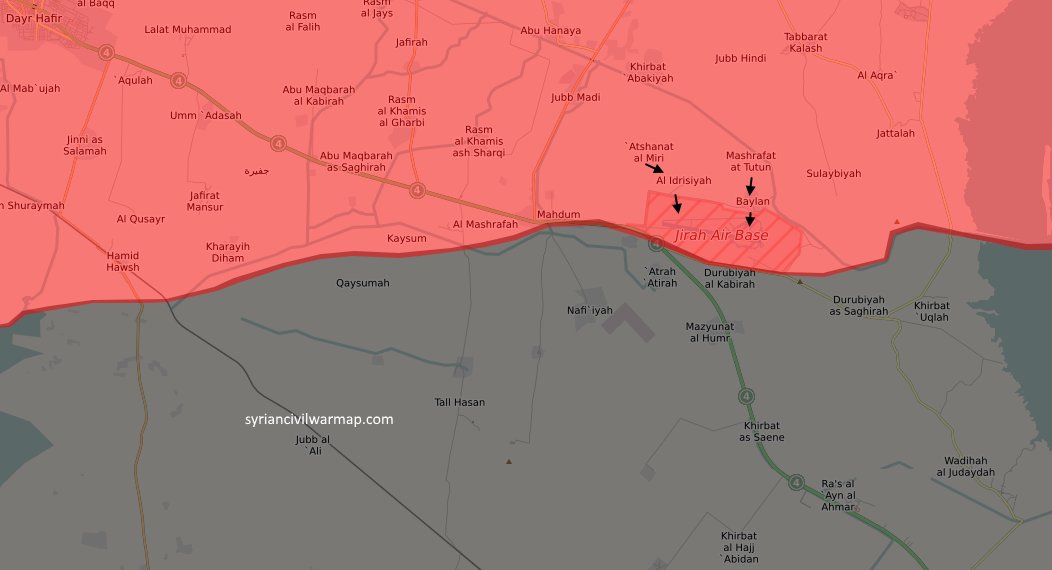 SDF captured Al-Rafiqah and Al-Ansar villages from the Islamic State northwest of Raqqa, during the advances one IS’ SVBIED was destroyed.

East of Raqqa in the village of Lekson Amaq Agency reported that IS’ sniper killed two SDF fighters. 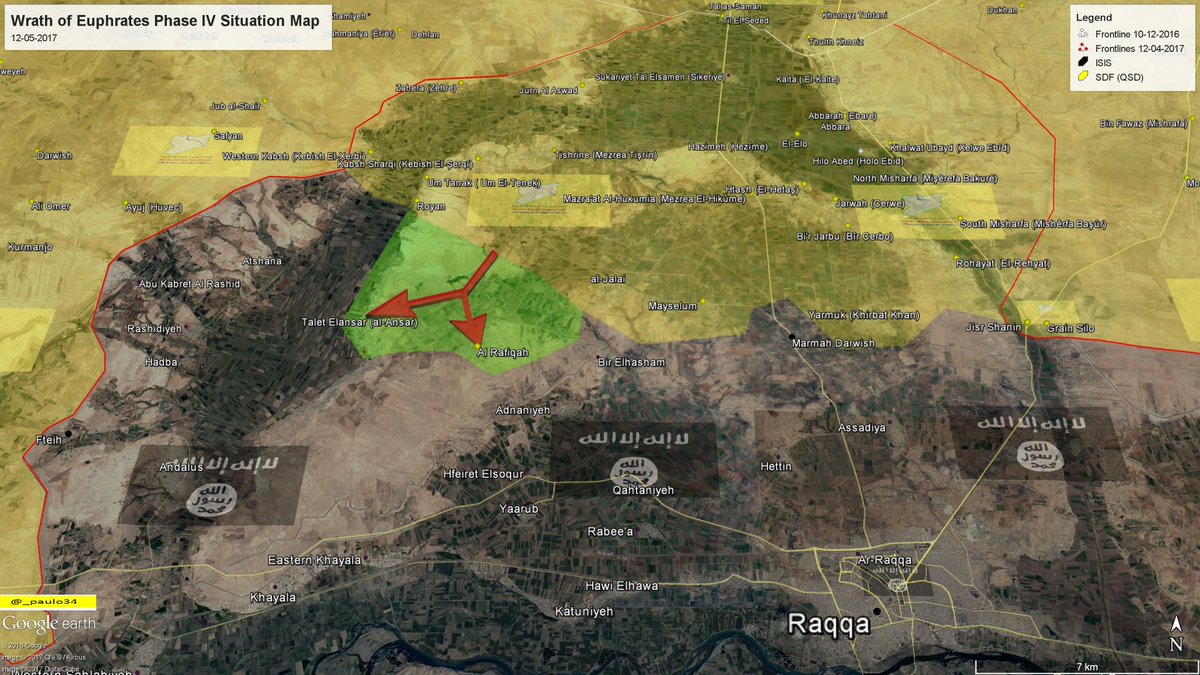 SAA advanced on multiple fronts against Islamic State, east of Palmyra Al-Talila area was captured. East of Jabal al-Shumariya which is east of Homs SAA captured Al-Musheirfa quarries. Amaq Agency released a statement saying three SAA soldiers were killed and a dozen more wounded while they tried to advance in Jabal al-Shumariya’s area.

Second batch of rebels and civilians were evacuated from Barzeh to Idlib, between 100 and 200 as well as around 600 civilians left the neighborhood. Agreement has also reportedly been reached in Tishreen neighborhood regarding the rebel and civilian evacuation, those that wished to stay in Tishreen settled their cases today.

Deal regarding the Qaboun neighborhood seems unlikely as battle-hardened rebels in the neighborhood would rather die defending Qaboun than accept any kind of deal with Syrian government. 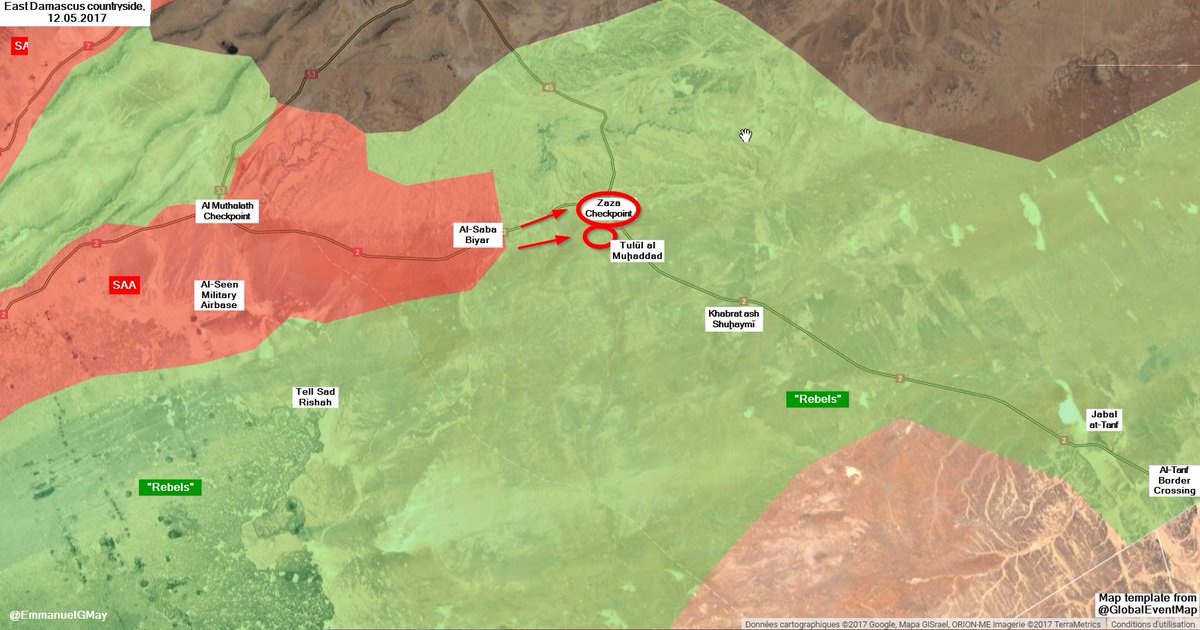 After these advances Al-Hashd al-Shaabi opened several corridors for civilians to leave Al-Qayrawan and surrounding villages in order to minimize civilians casualties before advancing further into more urban areas. During today’s advances Iraqi Air Force destroyed one IS’ SVBIED that tried to target Iraqi force’s positions. However, as always IS fighters were somewhat prepared for this offensive as they’ve destroyed a Humvee in newly captured Tell Hajm village as well as another Humvee and M1 Abrams tank near Mkibra village. 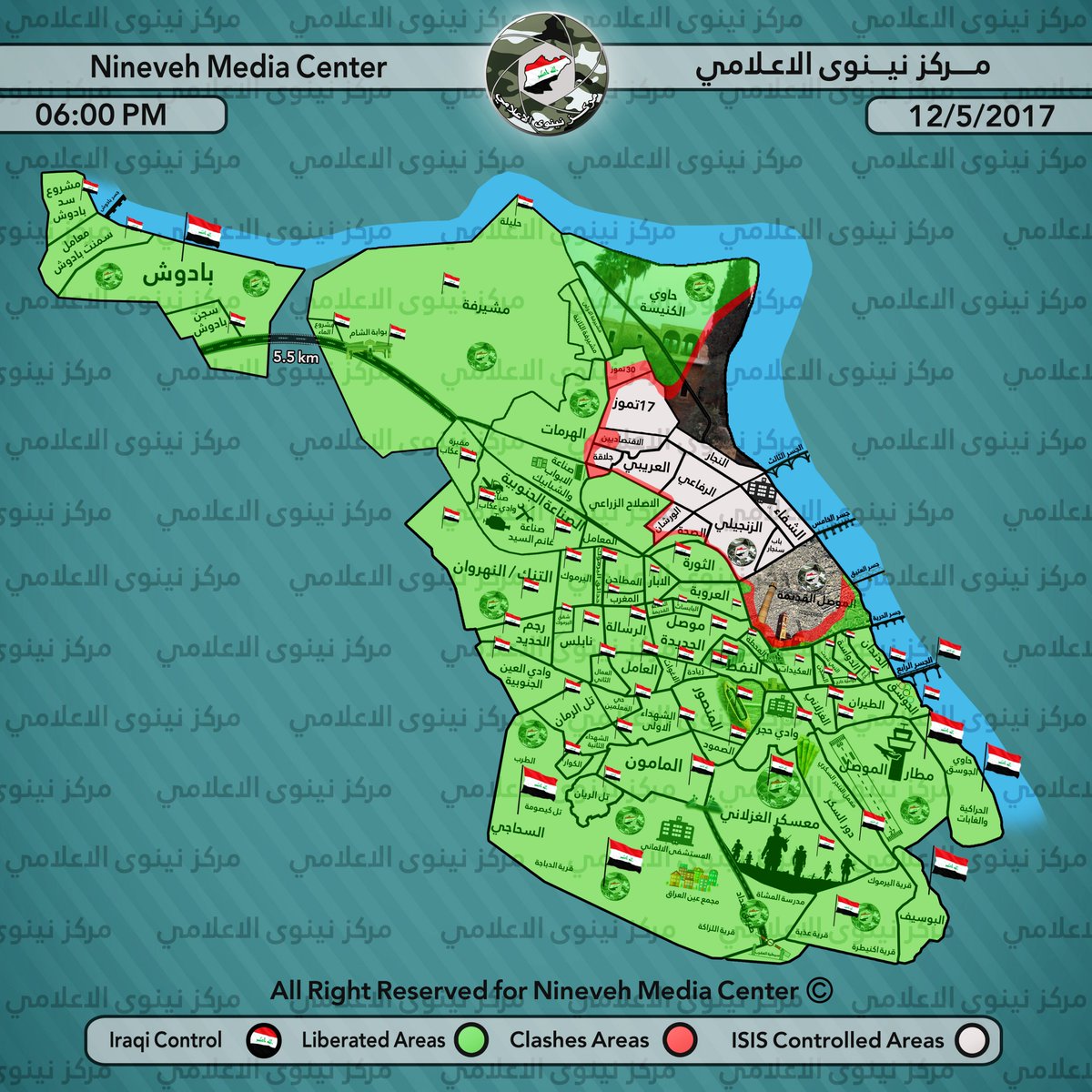 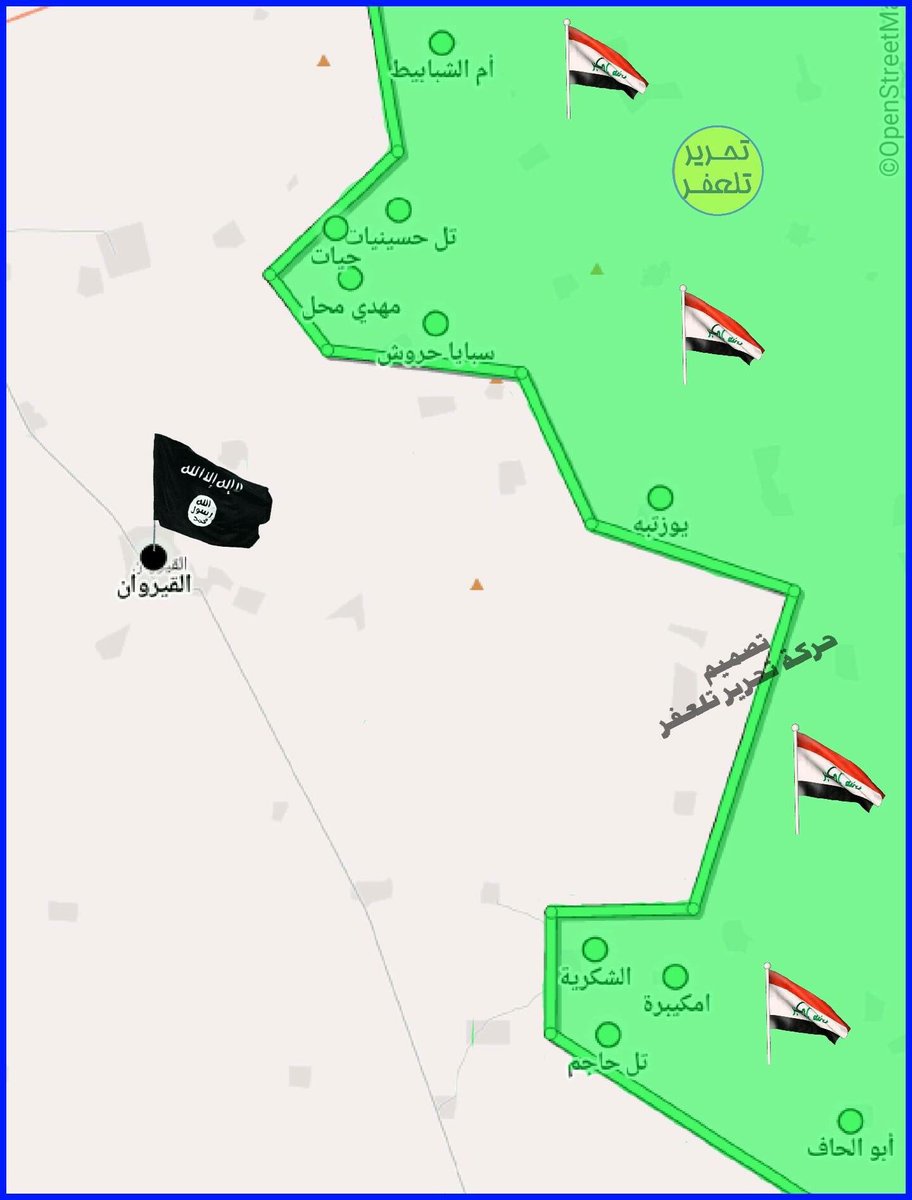 According to Amaq Agency Islamic State launched an attack on the village of Shialat al-Imam west of Makhmur seizing weapons and ammunition as well as killing one Al-Hashd al-Shaabi fighter.

On the 11th of May 2017 CJTF-OIR has conducted 15 strikes in Syria. CJTF-OIR‘s main focus in Syria at the moment is Tabqa-Raqqa-Deir al-Zour region where they did 15 strikes supporting SDF‘s operation against IS destroying two IS headquarters, seven vehicles, five fighting positions, an IS barge, a vehicle bomb factory, a weapons storage facility; and damaging two IS supply routes