Hello and welcome to the 881st installment of the SWD.

On August 13, our forces detonated two explosive devices with a group of elements of the Turkish occupation mercenaries in the vicinity of Mukhtar hamlet related to Tal al-Mudiq village in Shahba areas, during which two mercenaries were killed, followed by a clash of medium weapons between our forces and mercenaries which results were not known.

At the same time, the Turkish occupation forces and their mercenaries shelled the villages of Shara (Marnaz – Al-Malikiyah) and the villages of Al-Shahba (Tal Al-Mudiq, Samuqa and Umm Hosh) with heavy weapons and armed drones which caused physical damage to civilian property.

The Syrian Army captured Tell As, Umm Zaytunah, Khirbat Murshid, Al-Muntar, and Al-Muntar farms from Hayat Tahrir al-Sham and Al-Jabhat al-Wataniya lil-Tahrir (National Liberation Front). All of these locations are west of the city of Khan Sheikhun.

Hayat Tahrir al-Sham reportedly downed a Syrian Air Force Su-22 jet airplane over Tamanah town near the city of Khan Sheikhun in southern Idlib. The pilot, Mohammad Ahmad Sleiman, ejected from the aircraft and was later captured alive by members of Hayat Tahrir al-Sham, who interrogated him and published photos of him online. 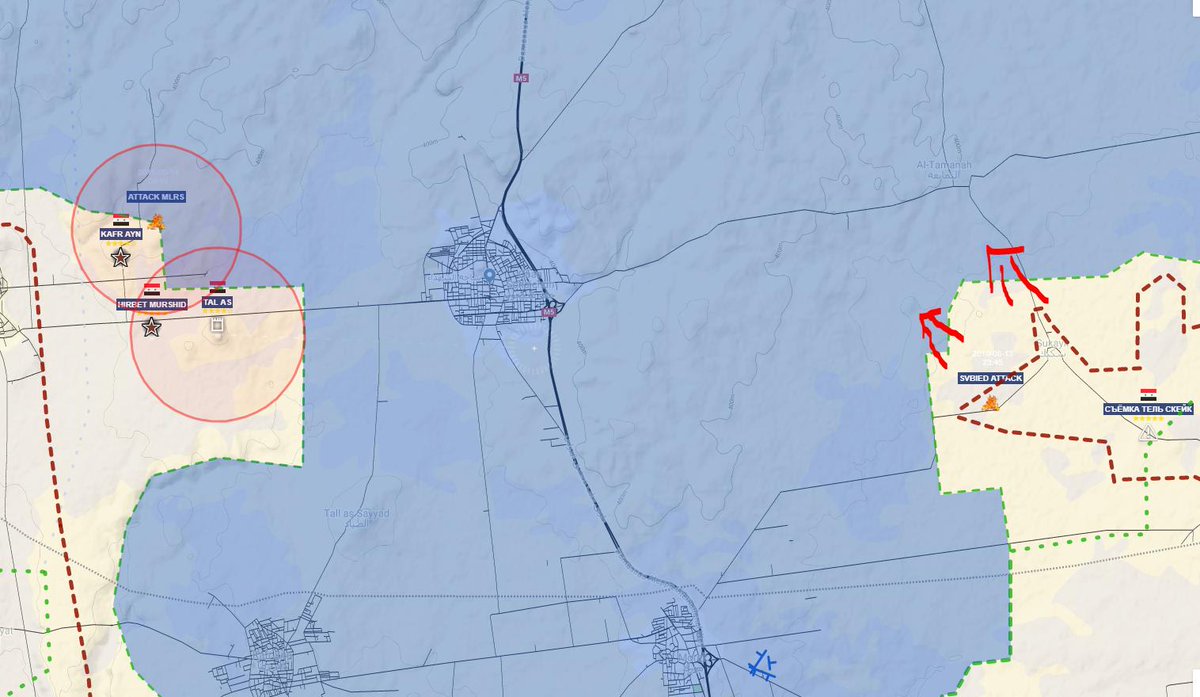