Hello and welcome to the 877th installment of the SWD.

On August 9th in the Al-Bab region in the village of Twes, our forces carried out an effective operation and were able to take themselves into the base and positions of the Jabha Al-Sham jihadist gang. As a result of 15 minutes of heavy clashes, 2 motorbikes belonging to the jihadists were destroyed, 8 jihadists were killed and a further 4 were injured. Our forces seized the following armament and equipment: 3 AK-47’s, 1 sniper rifle, 1 thermal scope, 11 magazines and 2 magazine vests.”

Vehicle-borne improvised explosive device killed one and wounded six civilians in the city of Azaz in northern Aleppo.

Russian Air Force and the Syrian Arab Air Force conducted air raids over Al-Tamaneh, Khan Sheikhun, Kafr Nabl, Rakaya, Kafr Sijnah, Al-Habit, and Al-Khuwayn. According to the Syrian Civil Defense (The White Helmets), one civilian was killed and 17 were wounded by the air raids.

Unknown gunmen killed two elements of Hayat Tahrir al-Sham near Tell al-Aqaba on the road between Kafr Takharim and Harim. 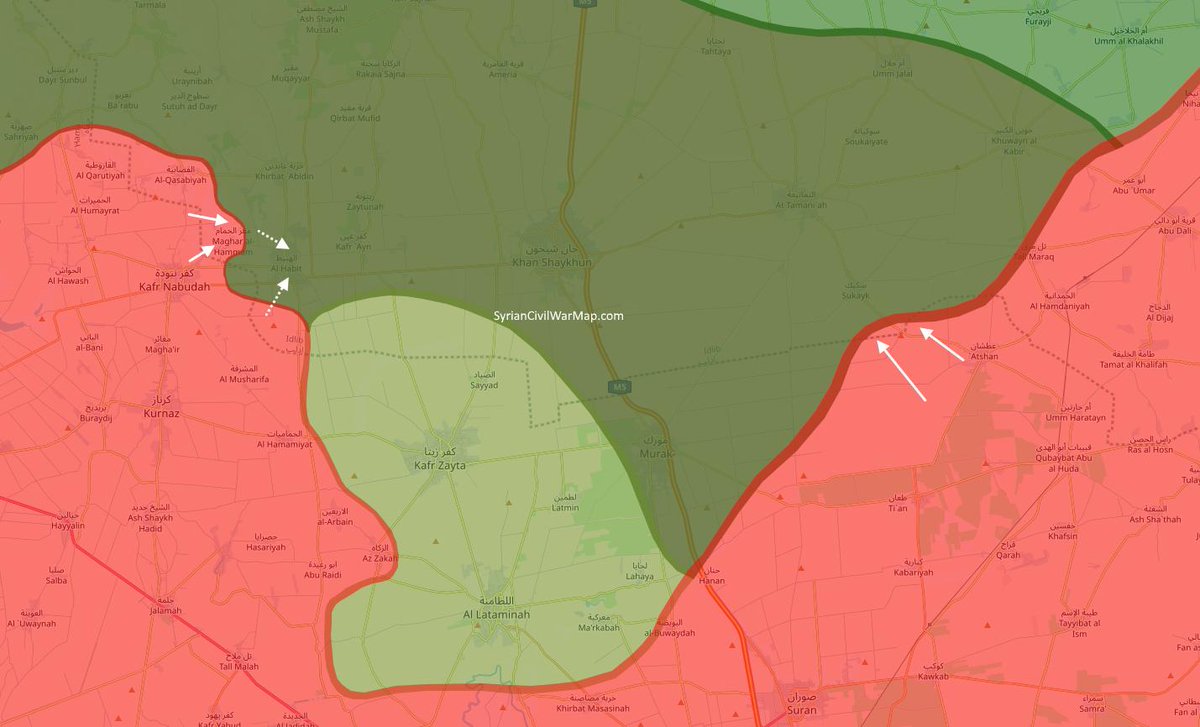 Islamic Emirate of Afghanistan killed five and wounded seven elements of the Afghan National Security Forces in an attack on a convoy in Ghazni district.

Islamic Emirate of Afghanistan’s Al-Emarah News stated that the group once again overran the administration center of Seyuri district from the Afghan National Security Forces.

Islamic Emirate of Afghanistan killed six elements of the Afghan National Security Forces in an attack on a checkpoint near the administration center of Zhari district.