Hello and welcome to the 860th installment of the SWD.

On July 23rd in the village of Fafirtin of Shera town, our forces carried out an operation against the base and positions of the Turkish-backed jihadist gang “Feyleq El-Sham. The operation was carried out from a short distance. As a result of this operation, 3 jihadists were killed and a further 2 were injured and 3 positions of the mentioned gang were destroyed.

Simultaneously, a number of jihadists that attempted to give backup to the above mentioned group were targeted with a sabotage operation carried out by our forces as the jihadists were on the entrance-road to Fafirtin. As a result of the sabotage operation in total 3 jihadists were killed, among those was the commander of the Feyleq Al-Sham jihadist gang by the name of Yasin Ibrahim Mensur and his assistant, and a further 1 was injured. A military vehicle was also destroyed.

As a result of these two operations carried out by our forces, 6 jihadists were killed, among those a commander, 3 were injured and a military vehicle was destroyed.

Syrian Democratic Forces arrested three individuals in the village of Al-Sharkak in Tell Abyad area. The individuals were arrested on the charges of communicating with the Free Syrian Army.

Syrian Arab Army’s artillery, the Syrian Arab Air Force, and the Russian Air Force targeted Ariha, Khan Sheikhun, Khan al-Sabil, and several other localities in the governorate. According to the Syrian Civil Defense (The White Helmets), at least ten civilians were killed and more than 20 were wounded by the air raids. 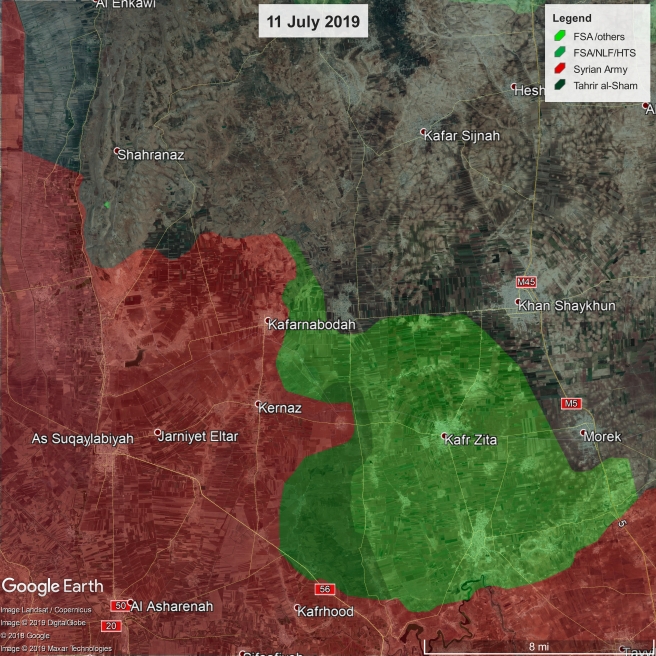 Improvised explosive device wounded two elements of the Syrian Democratic Forces on a road near the village of Al-Shuhail in eastern Deir al-Zour.

Unknown gunmen kidnapped two civilians on the road between Al-Suwayda and Al-Aslaha.