Hello and welcome to the 802nd installment of the SWD.

Syrian Arab Army’s artillery and the Syrian Arab Air Force targeted Ariha, Kafr Aweid, Kafr Nabl, Maar Tahroma, Kafr Sajna, Kansafra, and several other localities in the governorate. According to the Syrian Civil Defense (The White Helmets), at least six civilians were killed and more than 20 were wounded by the targeting.

Free Syrian Army’s Jaysh al-Nasr (Army of Victory) shelled Al-Suqaylabiyah and Mahardah in northern Hama. According to the Syrian Arab News Agency, two civilians were wounded by the shelling. 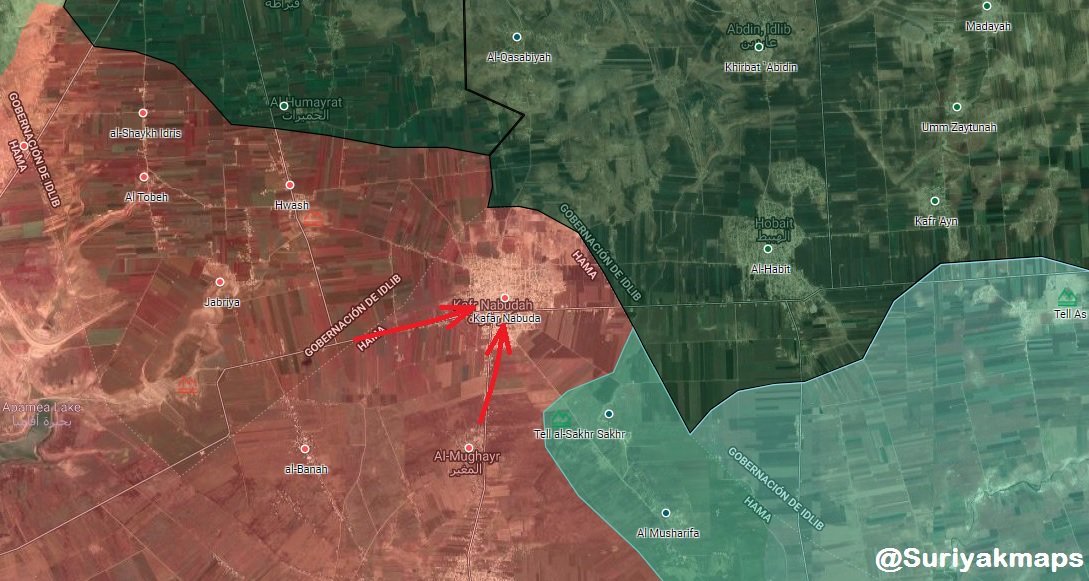 Israeli Defense Forces targeted a Syrian Arab Army’s position east of Khan Arbanah, reportedly killing one and wounding one element of the army.