Hello and welcome to the 787th installment of the SWD.

In the operation against a base of Turkish-backed jihadist group Jabha al-Shamiya in the village of al-Sayed of Mara on May 10, our forces managed to kill 3 terrorists and injure 2.

Improvised explosive device killed one and wounded one element of the Syrian Arab Army near the village of Hawrat al-Jarat in western Raqqa.

Hayat Tahrir al-Sham and the Turkistan Islamic Party repelled several Syrian Arab Army’s attacks on Kabani area in northern Latakia. Reports claimed that around 15 elements of the Syrian Arab Army were killed and dozens wounded in the failed attacks, while three elements of Hayat Tahrir al-Sham and an element of the Turkistan Islamic Party were also reportedly wounded.

Syrian Arab Army retreated from the village of Maydan Ghazal, in preparations for a rebel counterattack in the region, after Ahrar al-Sham sent large reinforcements from Afrin region in Aleppo towards northern Hama.

Syrian Arab Army’s artillery shelled Shir Maghar, Al-Lataminah, Zayzun, and Kafr Zita in northern Hama. According to the Syrian Civil Defense (The White Helmets), two civilians were killed and several were wounded by the shelling.

Rebel factions shelled the city of Al-Suqaylabiyah in northern Hama. According to the Syrian Arab News Agency, five civilians were killed and six were wounded by the shelling. 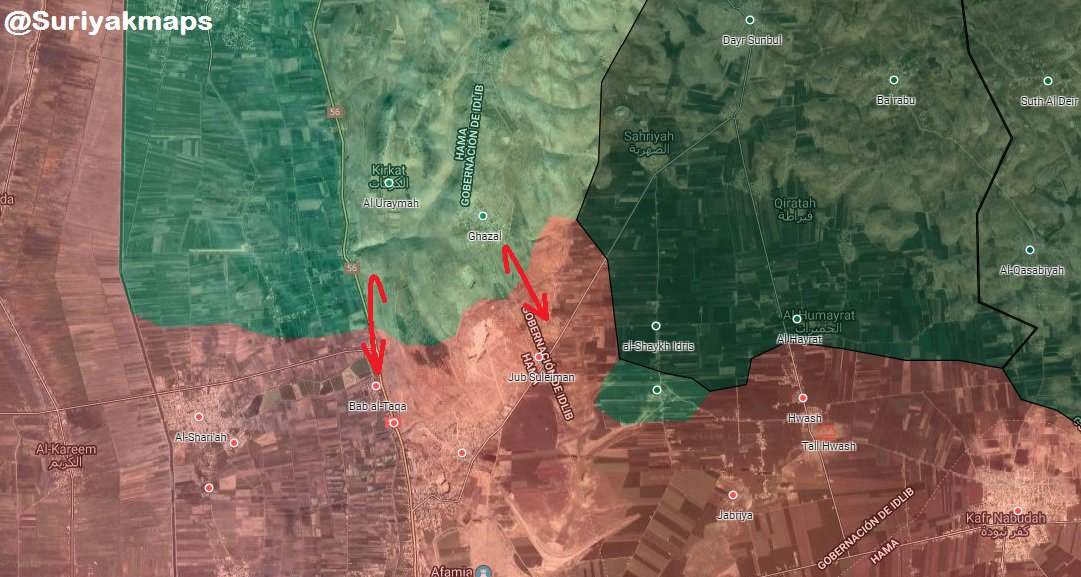 Syrian Democratic Forces Asayîş (Security) released 43 individuals, who were previously imprisoned on charges of belonging to the Islamic State in Al-Kasra. The individuals, who are originally from Al-Sura, Al-Kasra, and Al-Jizra, were released after tribal elders vouched for them.

Afghan National Security Forces killed one and wounded one element of the Islamic State in Deh Bala (Haska Meyna) district.