Hello and welcome to the 779th installment of the SWD.

Turkey-backed Free Syrian Army (Al-Jaysh al-Watani al-Suri (Syrian National Army)) launched an offensive against Yekîneyên Parastina Gel (People’s Protection Units)’s Tell Rifaat pocket in northern Aleppo, which is also under Syrian Arab Army and allies’ control. Turkey-backed Free Syrian Army entered the villages of Maranaz, Al-Malikiyah, and Shawarghah al-Arz without any resistance from the YPG. However, the T-FSA withdrew from the aforementioned villages due to a large number of improvised explosive devices. Clashes and shelling between the two sides continue in the region, with reports that at least two elements of the T-FSA were killed and five were wounded in the encounters. Reports also claimed that around 30 elements of the YPG were killed and wounded in the same encounters.

Turkish Ministry of Defense stated that one element of the Turkish Armed Forces was killed and another wounded in an attack in Tell Rifaat region. 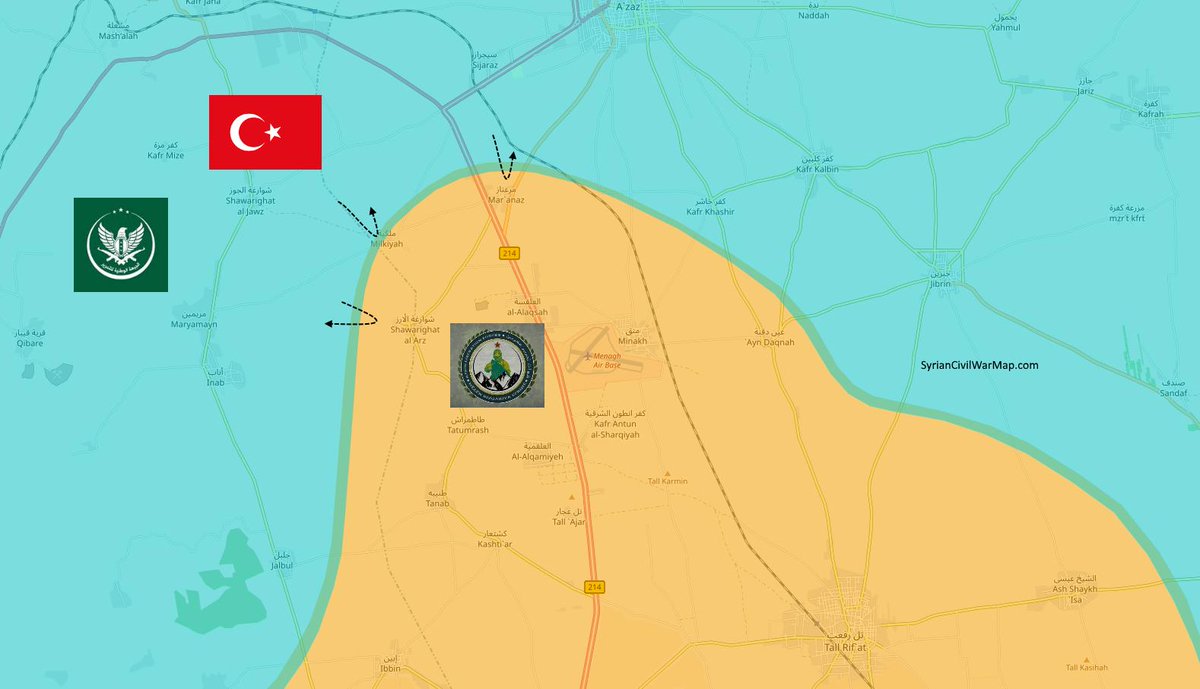 Improvised explosive device wounded two elements of the Syrian Democratic Forces on a road near Ayn Issa in northern Raqqa.

Unknown gunmen killed a staff member of Tell Shihab’s municipality, Iyad Jaara in front of his house in the locality.

Two elements of the Afghan Local Police defected to the Islamic Emirate of Afghanistan (Taliban) in Zeyratgah area of Qaysar district.

Islamic Emirate of Afghanistan reportedly killed and wounded 11 elements of the Afghan National Security Forces, as well as destroyed a vehicle in Tangano Godar area of Nawa-I-Barakzayi district.

Three elements of the Afghan National Security Force surrendered to the Islamic Emirate of Afghanistan in Arghandab district. The elements reportedly handed over two motorcycles to the group.