Hello and welcome to the 759th installment of the SWD.

Rebel factions shelled Al-Nil street and Al-Khalidiya district of Aleppo city. According to the Syrian Arab News Agency, five elements of the state security and six civilians were killed, while ten individuals were also wounded by the shelling.

One civilian was killed and four were wounded after a family from Jarabulus and internally displaced people from Deir al-Zour governorate clashed near a fuel station in the city of Jarabulus. The clashes between the two sides erupted after the owner of the fuel station refused to sell fuel to the individuals from Deir al-Zour.

Turkey-backed Free Syrian Army reopened Deir al-Balut crossing between Afrin and Hayat Tahrir al-Sham-held areas of Idlib, a day after the crossing was closed. According to reports, the army reopened the crossing after pressure from Turkey to resolve the dispute with Hayat Tahrir al-Sham. Deir al-Balut crossing was reopened for civilian traffic only, while there are reports that Al-Ghazawiyah crossing between the two regions will be for civilian and commercial traffic.

Russian Air Force conducted a dozen of air raids over the village of Urum al-Jawz. According to the Syrian Civil Defense (The White Helmets), five civilians were wounded by the air raids.

Syrian Arab Army-affiliated Liwa al-Quds announced that ten of its elements were killed in clearing operations against the Islamic State in Bir Ali area south of Al-Mayadeen. The announcement is connected to yesterday’s reported Islamic State’s ambush in Badia region, which killed at least four elements.

Left over landmine wounded two civilians on the road between Al-Sheikh Maskin and Nawa.

Unknown gunmen kidnapped a member of Al-Suwayda’s reconciliation committee and lawyer, Mamdouh Salama Al-Saed in the village of Al-Rahi, southeast of Al-Suwayda city.

Libyan National Army and forces of the Government of National Accord continued clashing on a number of fronts in southern Tripoli. 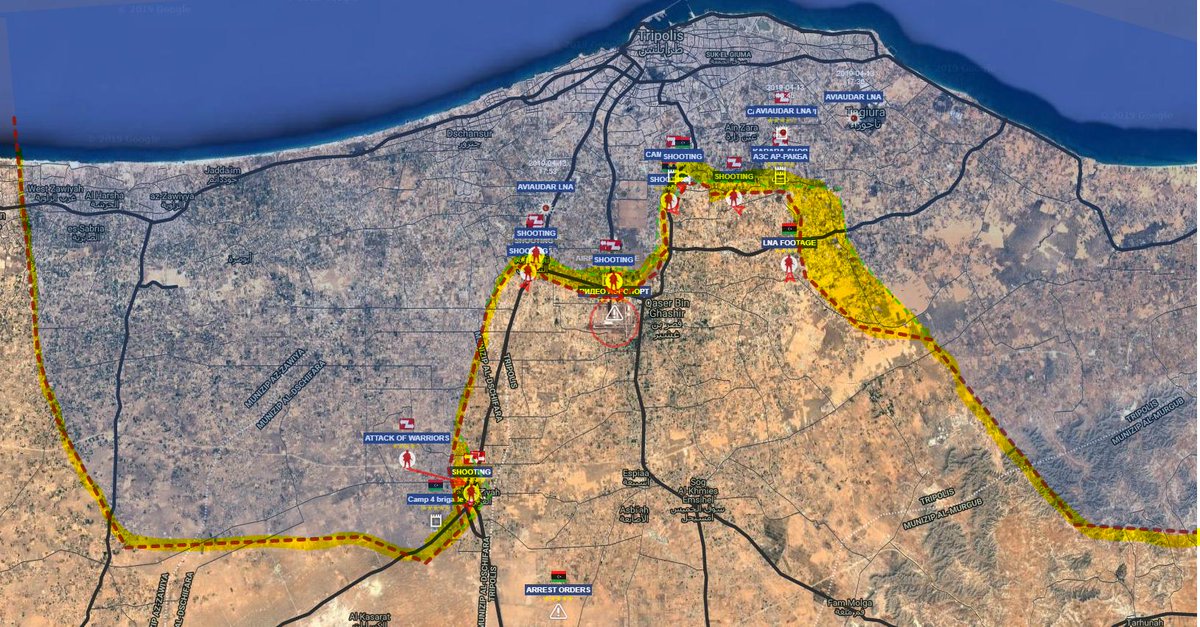