Hello and welcome to the 758th installment of the SWD.

Improvised explosive device wounded a civilian near a cemetery in Al-Bab city. The explosion occurred as a commander of the Turkey-backed Free Syrian Army’s (Al-Jaysh al-Watani al-Suri (Syrian National Army)) Al-Faylaq al-Awl (First corps/legion), Hossam Bakur was passing by in a vehicle. It is unclear if Bakur was wounded in the explosion. Separately, an improvised explosive device reportedly wounded at least one element of the Free Syrian Army’s Jaysh al-Sharqiya in Qabasin.

Improvised explosive device wounded two elements of the Syrian Democratic Forces’ Asayîş (Security) on the road between the village of Al-Samra and Raqqa city.

The air defenses at the Syrian Arab Army intercepted an Israeli aerial attack that targeted one of the military positions towards Massyaf City in Hama northern countryside.

A military source said that at about 02:30 am on Saturday, warplanes of the Israeli enemy conducted an airstrike from the Lebanese airspace on one of the military positions towards Massyaf City.

The source added that the Syrian air defenses immediately intercepted the hostile missiles and downed some of them before reaching their targets.

The source indicated that the Israeli attack caused the destruction of some buildings and the injury of three fighters.

Improvised explosive device killed one and wounded one civilian in Al-Harsha, west of Al-Zawiyah.

Libyan National Army and forces loyal to the Government of National Reconciliation clashed in Al-Swani and Al-Aziziyah areas, after the latter managed to make advances on Al-Aziziyah front. 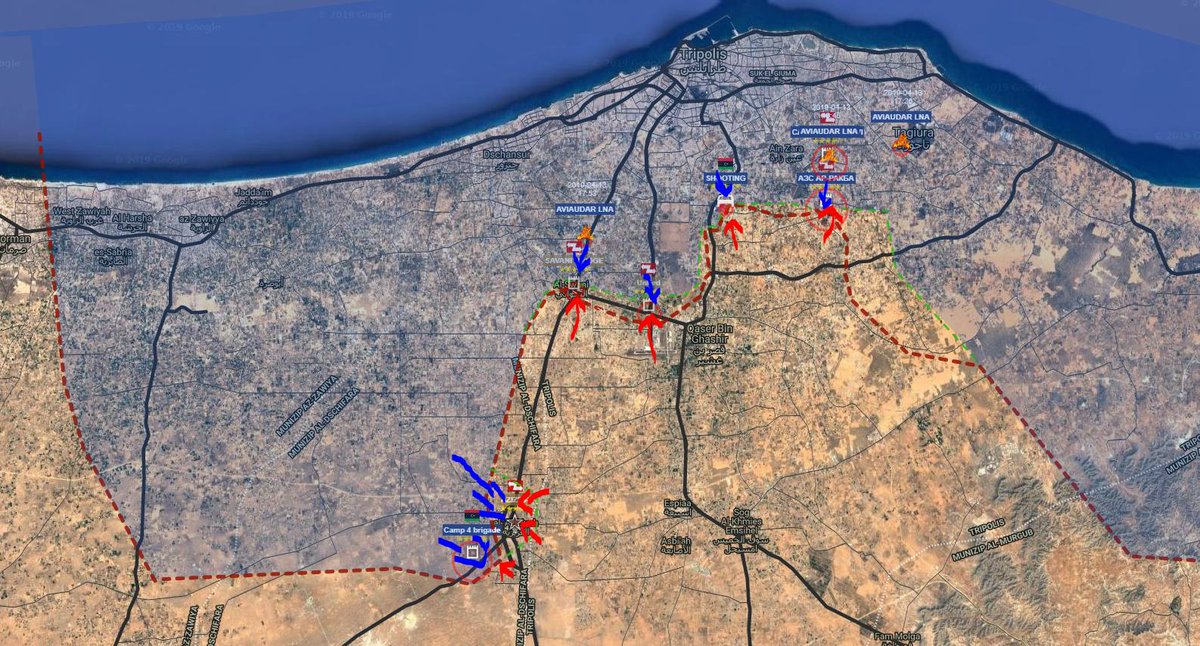 Two Islamic Emirate of Afghanistan’s vehicle-borne improvised explosive devices targeted a major Afghan National Security Forces’ military base and the administrative headquarters of Shirzad district. According to the Islamic Emirate of Afghanistan’s Al-Emarah News, more than 200 elements of the Afghan National Security Forces were allegedly killed and wounded in the encounter.

Islamic Emirate of Afghanistan’s Al-Emarah News stated that the group released 128 elements of the Afghan National Security Forces, after they expressed their intentions of never joining the security forces again. The elements were captured by the group in Murghab district in the past few days.