Hello and welcome to the 755th installment of the SWD.

Unknown explosion killed one and wounded two civilians in the village of Kafr Nasih in western Aleppo.

Syrian Democratic Forces raided four houses in Raqqa city and arrested eight individuals on charges of belonging to / cooperating with the Islamic State.

Unknown gunmen wounded three elements of the Syrian Democratic Forces at a checkpoint near the village of Al-Kalib in eastern Raqqa.

Improvised explosive device killed one and wounded one civilian in Al-Ramtha district of Al-Shaafa in eastern Deir al-Zour.

Libyan National Army reportedly took control of Al-Yarmouk camp and the Tripoli International Airport in southern Tripoli from forces loyal to the Government of National Accord. 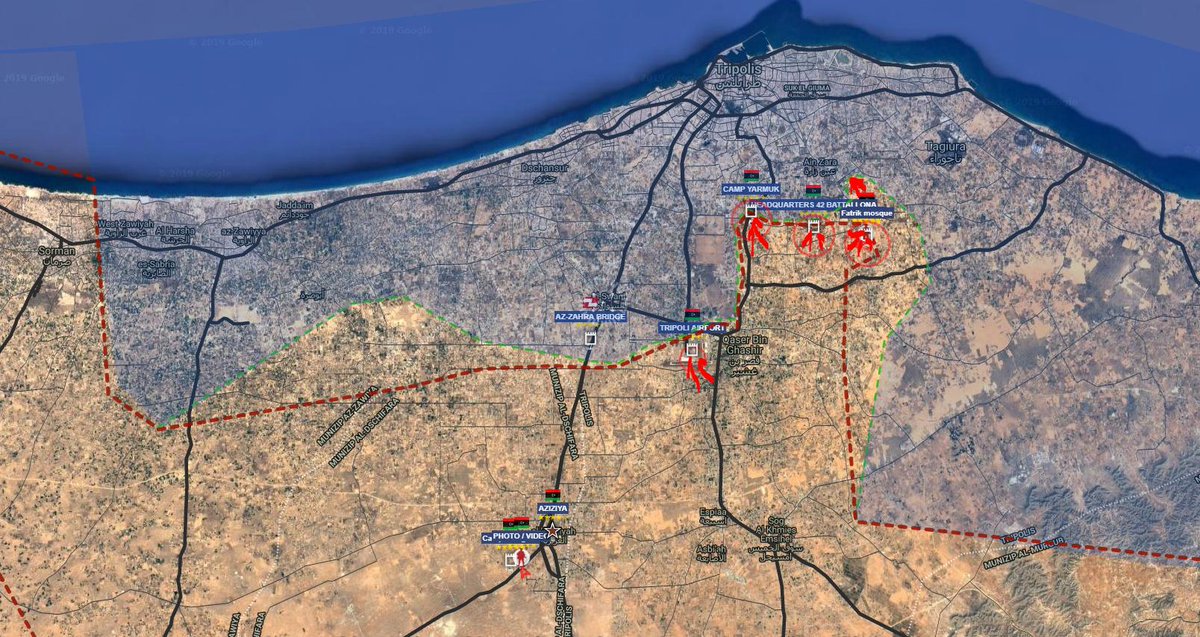 Libyan National Army’s spokesman, Major General Ahmad al-Mismari stated that yesterday’s attack in the city of Al-Fuqaha was conducted by Saraya al-Sahara, an affiliate of the Islamic State.