Hello and welcome to the 713th installment of the SWD.

Left over Islamic State’s improvised explosive device killed one and wounded one civilian in the city of Raqqa.

Libyan National Army reportedly entered Traghan and Fanaql areas on the road between Murzuq and Umm al-Aranib. Interestingly enough, Umm al-Aranib area was previously reported as captured by the army on the 11th of February, however, newer reports indicate that the army does not have control over the area. 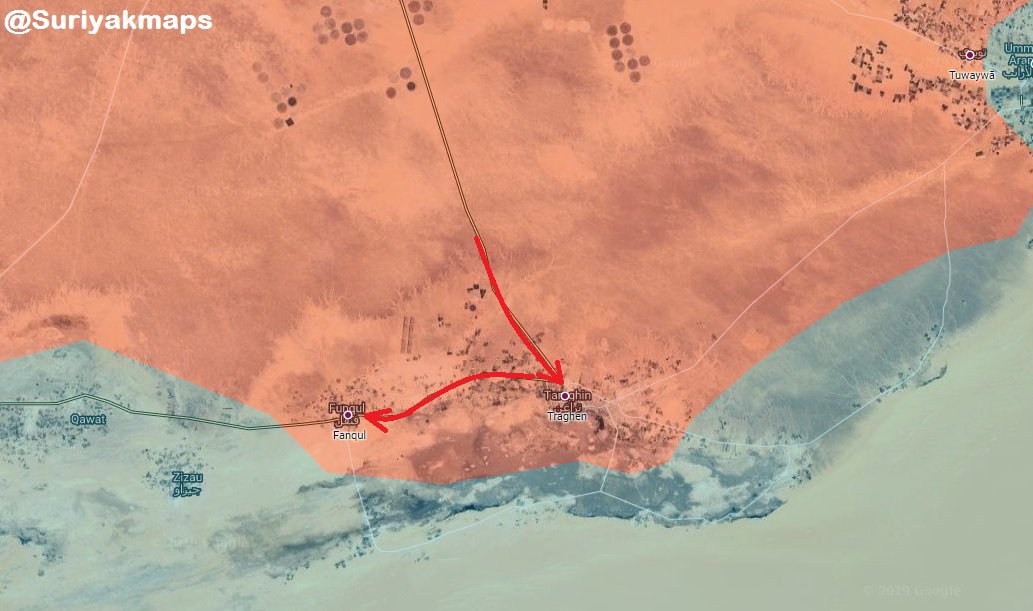 Approximate situation on the road between Muruq and Umm al-Aranib

Islamic Emirate of Afghanistan’s sniper killed an element of the Afghan National Police in Zurmat district.

Afghan National Security Forces killed ten, wounded two, and arrested one element of the Islamic Emirate of Afghanistan, as well as destroyed 17 IEDs and 20 fighting positions in Sangin district. The forces also seized two vehicles and two motorcycles in the same operations.

Islamic Emirate of Afghanistan killed two elements of the Afghan National Army in an attack on a road towards Lashkar Gah in Poplazo area of Nahri Saraj district.