Hello and welcome to the 690th installment of the SWD. Starting from today, daily reports about Libya can be found after Syria’s section.

Our forces continue to conduct special operations against the Turkish occupation and its mercenaries in Afrin and its environs, inflicting massive losses to the occupation mercenaries.

On the February 2, our forces launched attacks starting from two sites of the Turkish occupation mercenaries in the village of Tel Maled in the city of Mara’ in the northern countryside of Aleppo, where violent clashes broke out between our forces and the mercenaries, where 5 mercenaries were killed and 2 sites were destroyed in addition to seizing a Kalashnikov.

Left over Islamic State’s improvised explosive device killed one and wounded one child in Al-Badu neighborhood of Raqqa city.

Improvised explosive device killed one and wounded several elements of the Syrian Democratic Forces in the village of Al-Subai.

Our forces are still going on to complete its campaign to finish ISIS terrorist organization in the countryside of Dair Al-Zor, aiming to liberate people from the terrorism. However, the terrorist organization of ISIS attempt to reorganize itself and leak into back front-lines and activating the hidden terrorist groups as an reaction of SDF advances, meanwhile our forces work on many different levels including implementing accurate security missions based on the available data and information, it also arrests many terrorist members and fail their criminal plans.

Our forces implemented two special operations Based on available information and follow up on 25-jan \1 feb 2019, where they arrested 3 foreign terrorists, so-called immigrants within ISIS terrorist organization, the terrorists are:

As Al-Jazeera Storm Campaign get close to an end, we will continue following the terrorists and their hidden groups via arresting, moreover, we will aware the public opinion about all the details related to those terrorists. 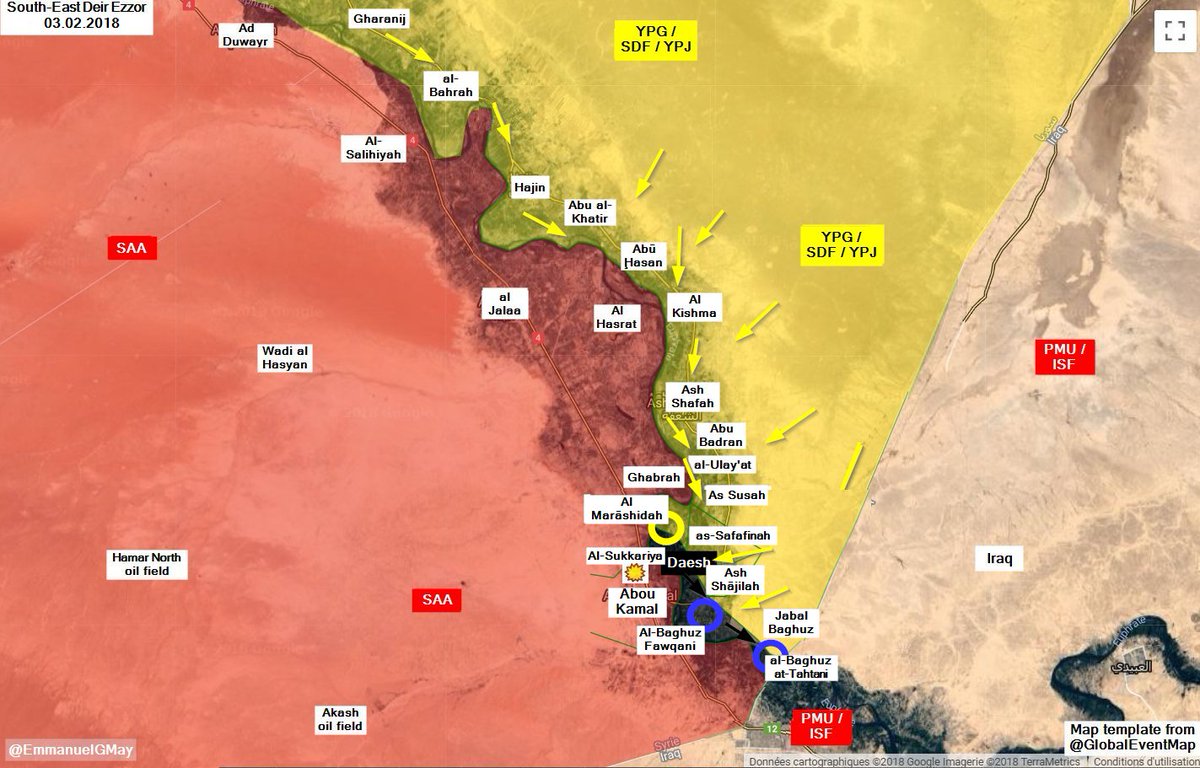 Syrian Arab Army arrested several former elements of the Free Syrian Army, including a commander of Ahfad al-Rasul, Tariq al-Alaw in the city of Inkhil. Al-Alaw was reportedly arrested on charges of cooperating with Israel.

Three children were wounded by a hand grenade near Al-Sadriyah hospital in Al-Kwayfiya at northeastern outskirts of Benghazi city. The hand grenade exploded as the children attempted to interact with it.

6th Infantry Brigade belonging to the Government of National Accord announced withdrawal from its headquarters in Sabha city due to a lack of support from the government. The withdrawal was announced by the brigade’s commander, Hamed al-Tayibi.

Libyan Air Force conducted two air raids against the Chadian opposition and allied militias in and around Murzuq city. The raids came after armed groups were spotted on the desert road between Umm al-Aranib and Murzuq. Reports claimed that four civilians were killed and 22 wounded by the two air raids. The same reports also claimed that the Libyan National Army is amassing trops in Ghadwa area, in preparations to conduct additional operations in the region.

Afghan National Security Forces killed two and wounded one element of the Islamic Emirate of Afghanistan in Waghaz district.

Islamic Emirate of Afghanistan ambushed and killed two elements of the Afghan National Army near a military base in Deh Yak district.

Three elements of the Afghan National Police surrendered to the Islamic Emirate of Afghanistan in Delaram district.

Islamic Emirate of Afghanistan killed and wounded four elements of the Afghan National Police in an attack on a checkpoint in Bazar area of Jerashk district.