Hello and welcome to the 680th installment of the SWD.

Free Syrian Army’s Liwa al-Shamal (Northern Brigade) arrested a cell consisting of two individuals in the city of Al-Rai in northern Aleppo. The cell is accused of planting and detonating a vehicle-borne improvised explosive device in Al-Rai, which killed and wounded several civilians. Liwa al-Shamal also found several improvised explosive devices during the arrest of the individuals.

Improvised explosive device wounded three elements of the Syrian Democratic Forces on a road towards the city of Raqqa.

Free Syrian Army’s Jaysh Maghawir al-Thawra (Revolutionary Commando Army) arrested its former spokesman, Muhammad Mustafa al-Jarrah, after he was detained by several locals for reportedly raping a 10 year old girl in the Al-Rukban refugee camp on the border between Syria and Jordan. Jaysh Maghawir al-Thawra also confirmed its separation from Al-Jarrah and issued a decision to stop paying for his services until the investigation is over.

Islamic State’s Amaq Agency stated that seven elements of the Syrian Democratic Forces were killed during clashes in the vicinity of Baghouz Fawqani village in eastern Deir al-Zour. 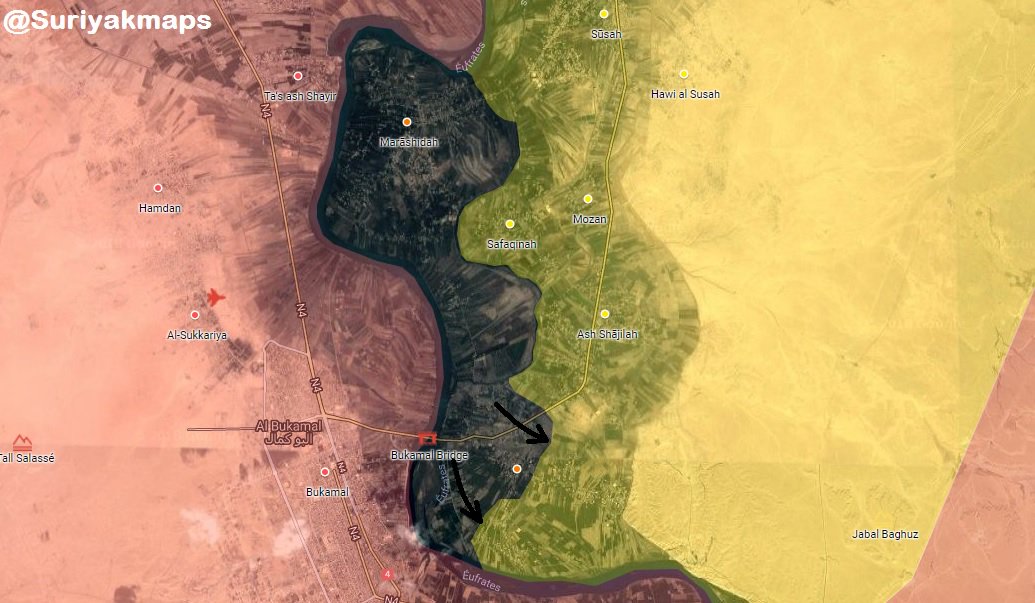