Hello and welcome to the 676th installment of the SWD.

Our forces continue their campaign to liberate Deir ez-Zor countryside, deal IS mercenaries harsh blows and advance daily. As it is being eradicated from the area, the terrorist organization resorts to launch suicide attacks using car bombs to obstruct this campaign.

While a joint patrol between our forces and a unit of the International Coalition was on a task on a highway in al-Shaddadi city on January 21st, 2019, the terrorist organization attempted to launch a suicide attack with a booby-trapped vehicle driven by a suicide bomber to target the patrol. Our forces dealt with it successfully and took the necessary procedures to avoid the attack.

The terrorist attack that targeted the joint patrol of our forces and the International Coalition was foiled due to our forces’ vigilance, and did not achieve its goals as its losses were limited to the financial only.

These terrorist attacks will not undermine our determination to complete the task, including the liberation of our areas and the elimination of the dormant cells that would ensure the disappearance of the terrorist organization again with various names.

Syrian Democratic Forces captured Mozan and most of Safafinah, as well as clashed with the Islamic State at the outskirts of Marashida. 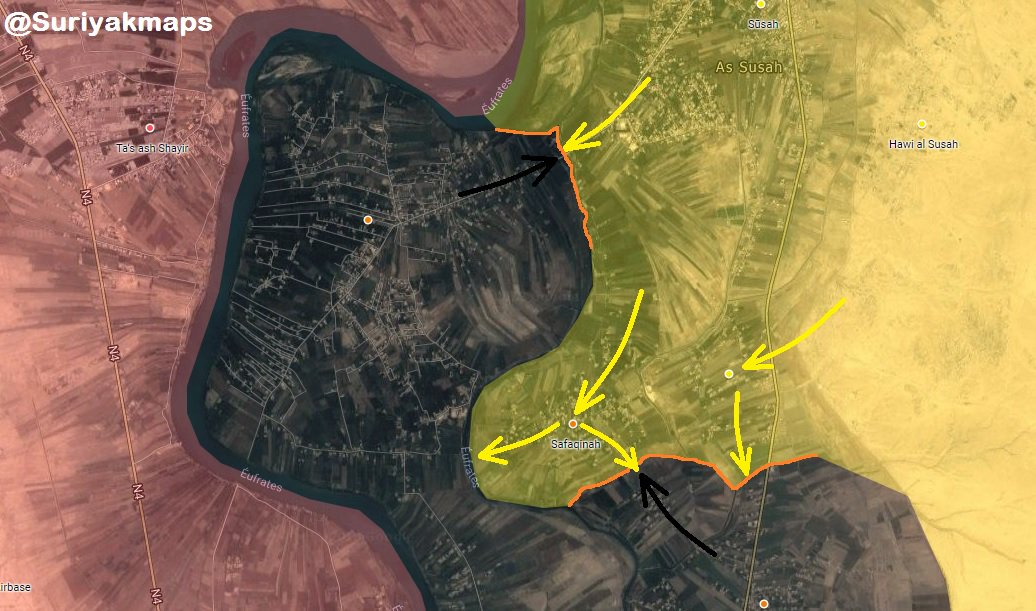 Last night, the Israeli Air Force targeted the positions of the Iranian Sepah-e Qods (Quds Force) (part of the Islamic Revolutionary Guard Corps) in southern Damascus. However, the Syrian Air Defenses engaged the missiles launched by the Israeli Air Force, which prompted the latter to target the former’s positions as well. The targeting destroyed a Syrian Arab Army’s Pantsir-S1 missile system, as well as reportedly killed four and wounded six Syrian Arab Army’s personnel. The Israeli targeting also caused a material damaged to the Damascus International Airport. Russian Ministry of Defense reportedly claimed that the Syrian Air Defenses intercepted more than 30 Israeli missiles in the engagements.

Syrian Arab Army arrested 12 individuals, who are suspected of being involved in the assassination of the mayor of Al-Masifrah, Abd al-Ilah al-Zuabi in front of his house on the 18th of January.

Afghan National Security Forces reportedly killed 12 and wounded ten elements of the Islamic Emirate of Afghanistan (Taliban) in Shirin Tagab district, according to the Afghan Ministry of Defense.

Two elements of the Afghan Local Police surrendered to the Islamic Emirate of Afghanistan with their weapons in Gelan district.

Islamic Emirate of Afghanistan’s snipers killed two and wounded one element of the Afghan National Security Forces in Sangbar area of Maywand district.