Hello and welcome to the 675th installment of the SWD.

Improvised explosive device targeted a buss filled with civilians near Kawa roundabout in the city of Afrin. Reports suggest that three civilians were killed and eight wounded by the explosion. 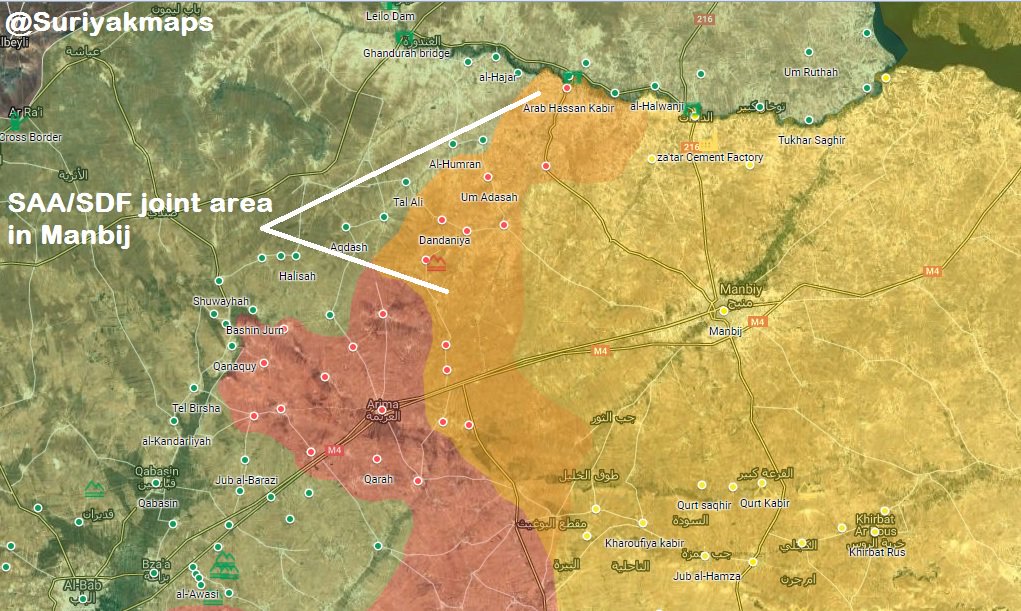 Israeli Air Force launched several missiles towards Syrian Arab Army’s installations in the southern Damascus region, however, according to the Syrian Arab News Agency, all of the missiles were intercepted. The attack took place as an Iranian (Mahan Air) Airbus A310 was preparing to land at the Damascus International Airport, however, due to the attack, the airbus was forced to return to Iran and landed at Kermanshah Airport. Syrian Arab News Agency released a short statement regarding the encounter;

Syrian air defenses have confronted an Israeli aerial attack targeted the southern region and prevented it from achieving any of its objectives, a military source said Sunday.

On January 11, our air defenses intercepted Israeli missiles fired by Israeli warplanes towards the vicinity of Damascus and downed most of them.

Islamic Emirate of Afghanistan’s Al-Emarah News stated that an element of the group conducted a suicide vehicle-borne improvised explosive device attack against an Afghan National Security Forces’ convoy in Mohammad Agha district. According to Al-Emarah, several vehicles were destroyed and over a dozen of elements killed in the attack.

Four elements of the Afghan National Army surrendered to the Islamic Emirate of Afghanistan in Pay Nawa area of Tarinkot district.