Hello and welcome to the 670th installment of the SWD.

Hayat Tahrir al-Sham met with military leaders of Jaysh al-Nasr, Jaysh al-Nukhba, Faylaq al-Sham, and Al-Firqat al-Awla, in order to strengthen the frontline with the Syrian Arab Army and allies in northern Hama, following Ahrar al-Sham’s expected evacuation from the region towards northern Aleppo. The sides reportedly agreed on strengthening the frontline from Qalaat al-Madiq to Tell al-Hammamiyat.

Syrian Democratic Forces reportedly captured most of Al-Susah from the Islamic State, as clashes between the two still continue in the southern part of the locality. 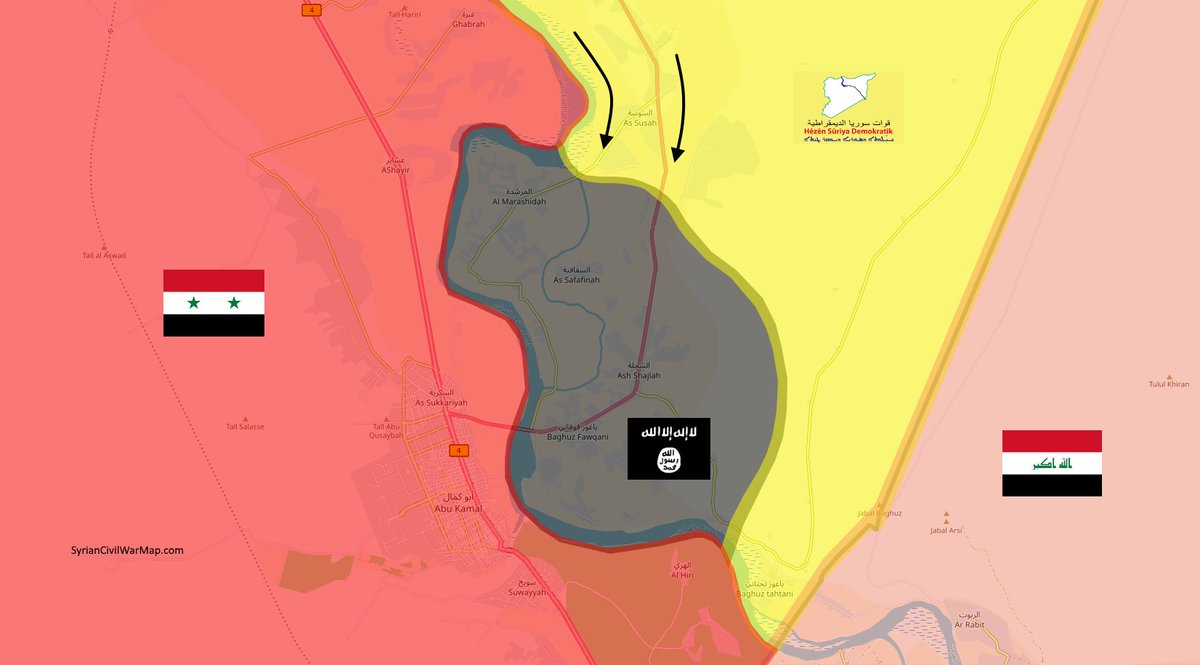 Two elements of the Afghan Local Police surrendered to the Islamic Emirate of Afghanistan (Taliban) in Yak Bagha area of Qaysar district.

Islamic Emirate of Afghanistan killed two elements of the Afghan National Army and seized a vehicle and two assault rifles in an ambush in Bazar area of Shah Joy district.