Hello and welcome to the 667th installment of the SWD.

Unknown gunmen killed four elements of the Free Syrian Army’s Tajammu Shuhada al-Sharqiya at a post in the village of Shibiran near the city of Al-Rai in northern Aleppo.

Improvised explosive device killed two and wounded one element of the Syrian Democratic Forces near the city of Manbij.

Syrian Democratic Forces’ Hêzên Antî Teror (Anti-Terror Special Forces) reportedly arrested 33 individuals during operations in the villages of Khas Hibal, Al-Kalib, Hamad Assaf, Khas Dakur, Khas Ajil, Al-Darawisha, and Tell Aniza in eastern Raqqa. According to reports, the individuals were arrested on the charges of working with the Islamic State and for communicating with the Syrian government (separate charges). One of the arrested individuals was previously an element of the Free Syrian Army.

Hayat Tahrir al-Sham reportedly raided an Islamic court in the city of Ariha, reportedly confiscating all of its contents and threatening its employees.

Hayat Tahrir al-Sham arrested a former element of the Free Syrian Army’s 13th Division, Salamu al-Ahi at the group’s newly established “Tiyar” checkpoint at the entrance to the city of Maarat al-Numaan. Al-Ahi, who is from Maarat al-Numaan is now reportedly selling bread after leaving the 13th Division. 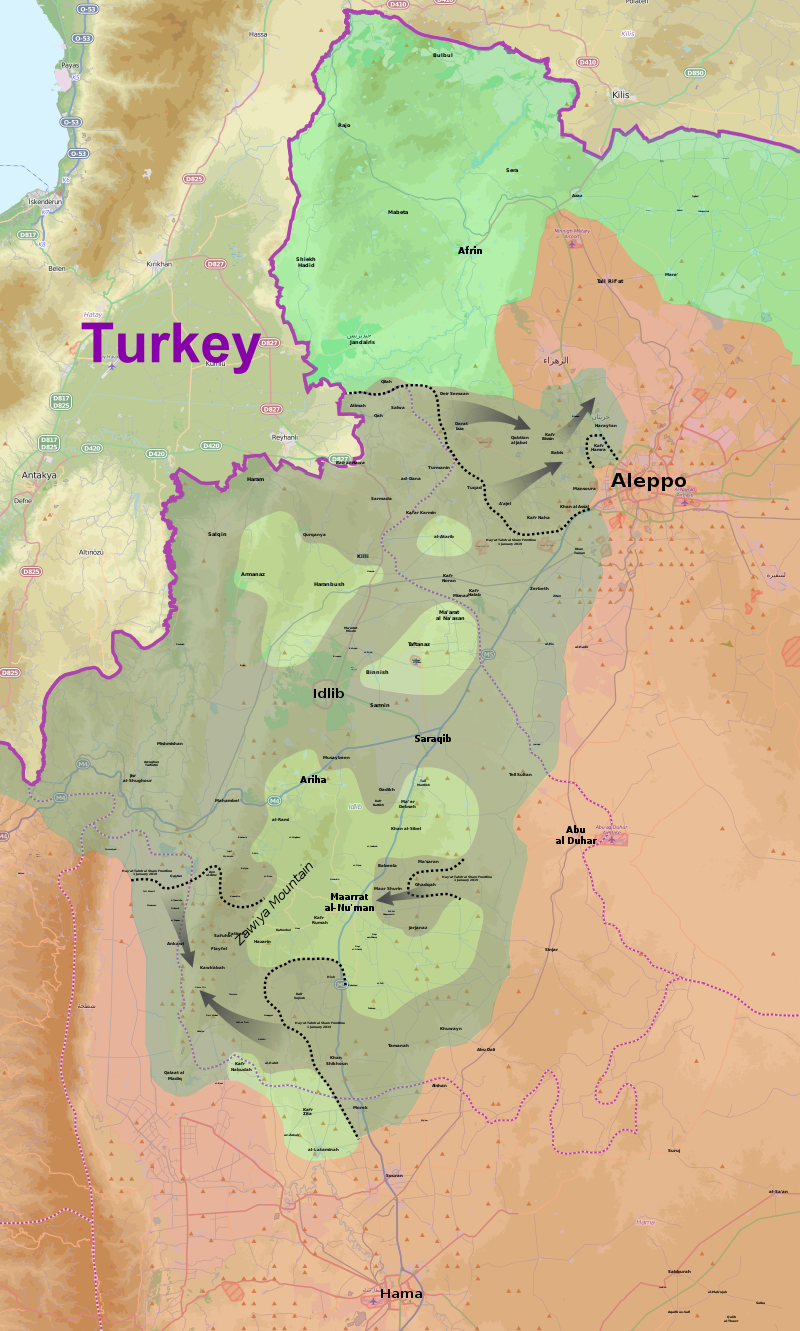 Our fighters launched an attack on the sites and points of terrorists in the town of” al-Shafa “and its surroundings, which led to the outbreak of violent clashes, which resulted in the death and wounding of a number of terrorists, and enabled our fighters to progress and establish a number of new points.

On another front of this axis, our forces advanced a distance of 1 km and were able to establish 17 new points after clashes with the terrorists, in which a number of people were killed and wounded in the midst of the International Coalition air raids on their positions and fortifications.

Our forces have achieved progress on the other side of this axis, and 12 new points have been established after several hours of clashes in which a number of people were killed in the terrorist organization, in addition to the bombing of terrorist positions and fortifications by the International Coalition’s air force.

The terrorist organization attempted to launch a counter-attack on the positions of our forces, using all types of light and heavy weapons, as well as aircrafts, but our fighters foiled the attack and managed to shoot down an aircraft and kill a number of terrorists.

Immediately, our forces began a combing operation in the area, where they found a quantity of weapons and ammunition left by the terrorists behind, after the failure of their attack, as the military engineering teams took to combing the area and dismantling and removing mines planted by terrorists.

These clashes are still ongoing intermittently on all fronts of this axis, till this statement is issued.

Terrorist losses: destruction of terrorists’ sites, 20 sites, one mine factory, 2 bombed vehicles, one mine site, one mortar site, 3 mine warehouses, as well as one site of reconnaissance aircraft.

A military source affirmed that the Syrian Air Defenses on Friday night intercepted hostile missiles launched by Israeli warplanes and downed most of them.

The source said that “ at 11:15 before midnight, Israeli warplanes coming from Galilee area launched several missiles towards the surroundings of Damascus and our air defenses immediately intercepted them and downed most of them.”

He added that the aggression caused only material damage to one of the ammunition warehouses at Damascus International Airport.

In a statement to SANA, a source at the Ministry of Transport affirmed that the air traffic at Damascus International Airport is normal and wasn’t affected by the aggression.

Syrian Arab Army launched a raid in the city of Al-Sanamayn, in an attempt to arrest a former commander of Ahrar al-Sham, Walid Zahra (Abu Khalid). However, Zahra’s relatives opened fire on the Syrian Arab Army, wounding one soldier and allowing Zahra to escape.

Afghan National Security Forces reportedly killed 14 elements of the Islamic Emirate of Afghanistan and destroyed an ammunition cache in Washir and Nahri Saraj districts, according to the Afghan Ministry of Defense.