Hello and welcome to the 658th installment of the SWD.

Hayat Tahrir al-Sham and Al-Jabhat al-Wataniya lil-Tahrir (National Liberation Front) continued clashing in western Aleppo, as well as in Idlib and Hama governorates. The clashes between the two are still intense in the aforementioned areas and majority of the battles taking place are back and forward. Al-Jabhat al-Wataniya lil-Tahrir briefly captured Silwa, while Hayat Tahrir al-Sham captured Qilah, as heavy clashes still continue. 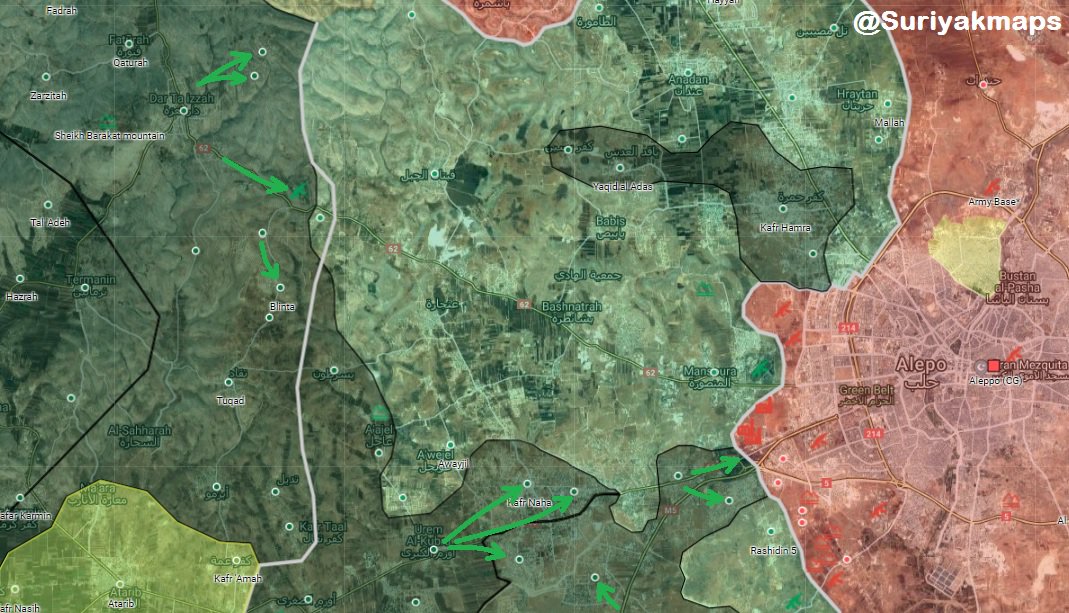 Hayat Tahrir al-Sham repelled yesterday’s attack by Al-Jabhat al-Wataniya lil-Tahrir on the eastern part of Saraqib and recaptured lost positions in the area. Hayat Tahrir al-Sham also made large advances in Jabal al-Zawiya, capturing over a dozen of light guarded villages and hamlets in the region, however, Al-Jabhat al-Wataniya lil-Tahrir was able to recapture most of the lost localities, as clashes still continue.

Katibat Aqab released a statement announcing that it will stop its work within Hayat Tahrir al-Sham in order to avoid participation in clashes with Al-Jabhat al-Wataniya lil-Tahrir, but will still continue to target the Syrian Arab Army and its allies. Katibat Aqab is based in the village of Maasran in eastern Idlib.

Syrian Democratic Forces made significant advances against the Islamic State in Al-Shafaah in eastern Deir al-Zour.

Improvised explosive device killed two civilians on the road between Inkhil and Qitah.

Afghan National Security Forces killed five and wounded seven elements of the Islamic Emirate of Afghanistan, as well as destroyed a motorcycle in Marjah and Sangin districts.