Hello and welcome to the 654th installment of the SWD.

Afrin Liberation Forces’ (Hêzên Rizgariya Efrînê) released a new statement announcing an operation against the Turkey-backed Free Syrian Army in northern Aleppo. According to the statement, three elements of Faylaq al-Sham and two wounded in the operation.

Left over Islamic State’s improvised explosive device killed one and wounded two individuals near the city of Tell Abyad in northern Raqqa.

Our forces launched an attack on terrorist positions in Hajin town and its environs where violent clashes broke out, resulted in killing and injuring a number of terrorists.

On another side of this axis, the terrorist organization targeted the positions of our forces through snipers and mortars, but our fighters responded strongly to the sources of fire, forcing them to retreat and stop their targeting.

Our fighters also launched an attack on another front of this axis, and advanced, and were able to establish a number of points, amid fierce raids by the International Alliance on the sites and fortifications of terrorists.

Our military engineering teams have begun dismantling and removing the mines planted by the terrorist organization in the area.

The intermittent clashes continued on most fronts of this axis. 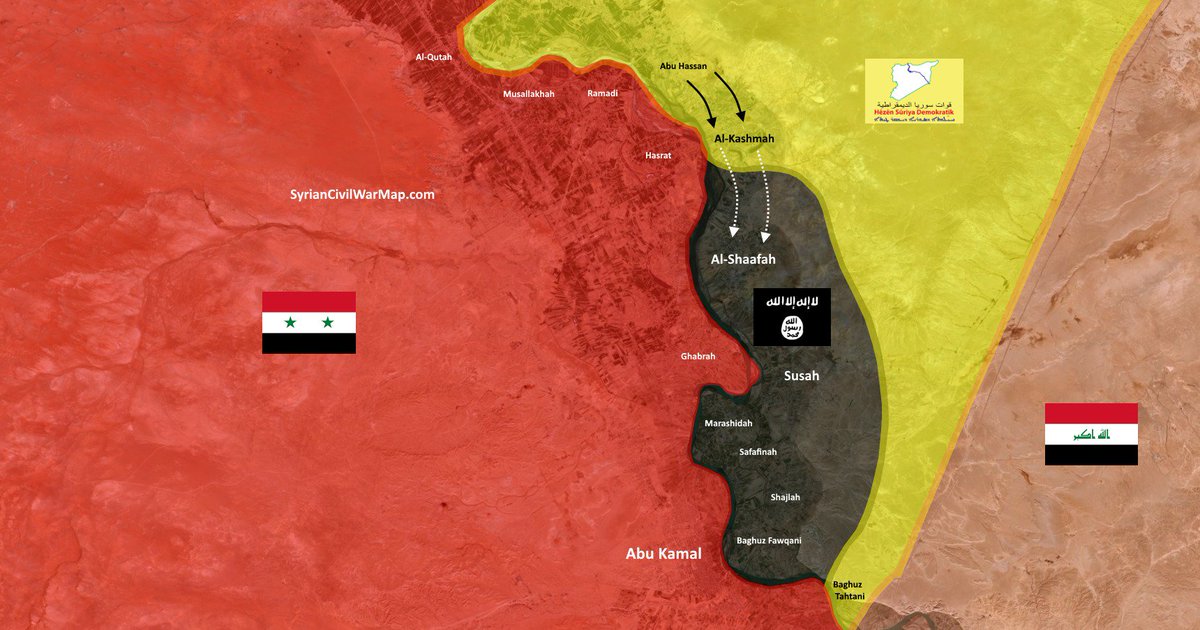 Unknown gunmen reportedly killed a civilian and two elements of the Syrian Arab Army at a checkpoint in the city of Arbeen near Damascus.

Syrian Arab Army arrested a former commander of the Free Syrian Army’s Quneitra Military Council, Abu Hassan al-Asha and three former fighters of the same formation in the village of Ghadir al-Bustan in southern Al-Quneitra. Al-Asha and the three other individuals all signed a reconciliation agreement with the Syrian government earlier this year.

Afghan National Security Forces reportedly killed 19 and wounded four elements of the Islamic Emirate of Afghanistan (Taliban), as well as destroyed three vehicles and a motorcycle in Dawlat Abad and Qaysar districts, according to the Afghan Ministry of Defense.