Hello and welcome to the 653rd installment of the SWD.

Syrian Democratic Forces made additional limited advances against the Islamic State on Al-Kishma and Al-Susah fronts in eastern Deir al-Zour. 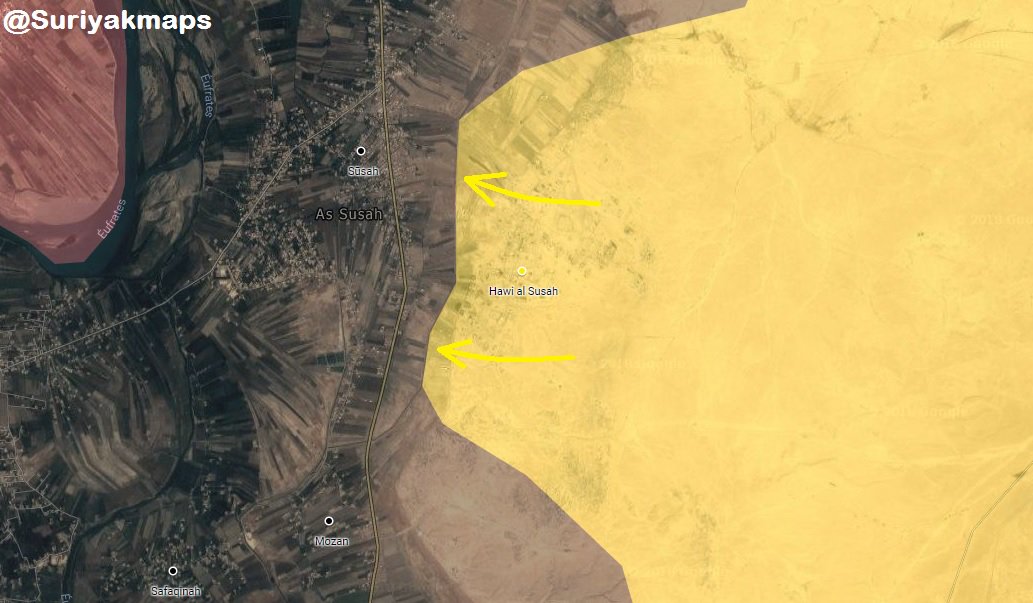 Jordanian Armed Forces reportedly killed one of the founders of Jabhat al-Nusra and an important Al-Qaeda-affiliated individual in Syria, Iyad al-Tubasi (Abu Jalibib al-Urduni), as he and several individuals attempted to enter the country from southern Syria. Al-Tubasi was one of the leaders of Jabhat al-Nusra in Daraa governorate before transferring to Jordan. Hayat Tahrir al-Sham arrested Al-Tubasi and several other figures affiliated with Al-Qaeda in large-scale operations across Idlib on the 27th of November 2017. Al-Tubasi was released on the 3rd of December 2017 and renewed his allegiance to the leader of Al-Qaeda, Ayman al-Zawahiri.

Afghan National Security Forces reportedly killed 16 and wounded 16 elements of the Islamic Emirate of Afghanistan in Shirin Tagab and Qaysar districts, according to the Afghan Ministry of Defense.

Afghan National Security Forces reportedly killed 24 and wounded one element of the Islamic Emirate of Afghanistan, as well as destroyed two motorcycles in Shindand and Ghoryan districts, according to the Afghan Ministry of Defense.

Afghan National Security Forces killed two elements of the Islamic Emirate of Afghanistan and destroyed a vehicle in Gomal district.

Islamic Emirate of Afghanistan killed one and wounded three elements of the Afghan National Security Forces during clashes in Mizan district.