Hello and welcome to the 651st installment of the SWD.

Improvised explosive device wounded a civilian in the city of Manbij in northern Aleppo.

Left over Islamic State’s improvised explosive device killed a civilian near the village of Ajaj in western Raqqa.

Islamic State’s Amaq Agency stated that an improvised explosive device killed two and wounded one element of the Syrian Democratic Forces in the village of Al-Shahir in Al-Karama subdistrict.

Syrian Democratic Forces reportedly captured Abu Hassan near Hajin from the Islamic State, as the two sides continue clashing in the nearby areas. 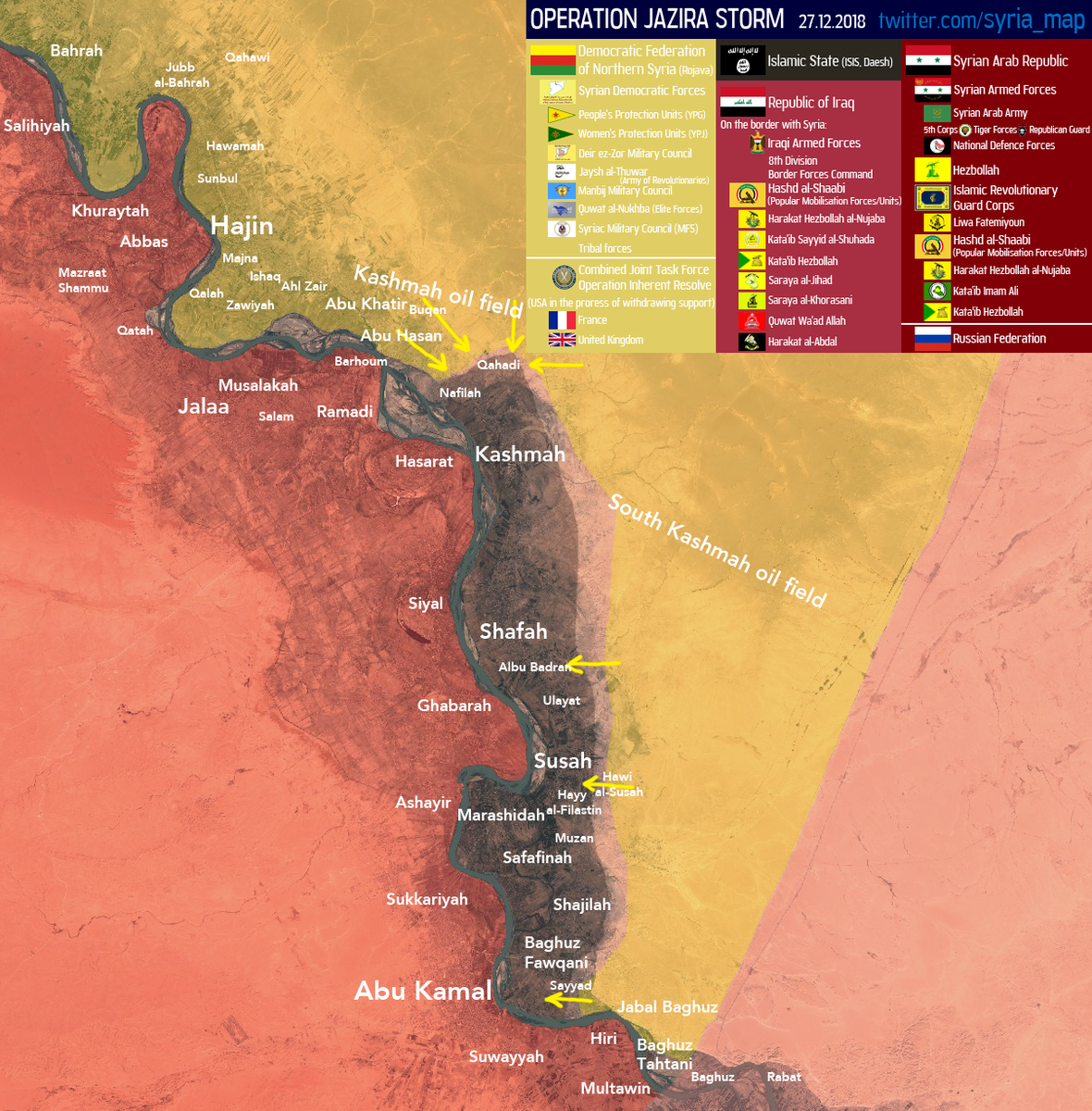 The United Arab Emirates reopened its embassy in the city of Damascus. The embassy was closed in 2011.