Hello and welcome to the 650th installment of the SWD.

Syrian Arab Army continued amassing troops in Al-Arimah region west of Manbij, as a reported agreement between the army and the Syrian Democratic Forces regarding Manbij is still not implemented. According to reports, the Syrian Democratic Forces were supposed to hand over the city and its surroundings to the Syrian Arab Army. The agreement was allegedly delayed due to the presence of the United States Army in the city.

Improvised explosive device wounded a civilian on the road between Baei and Jindires in Afrin region. 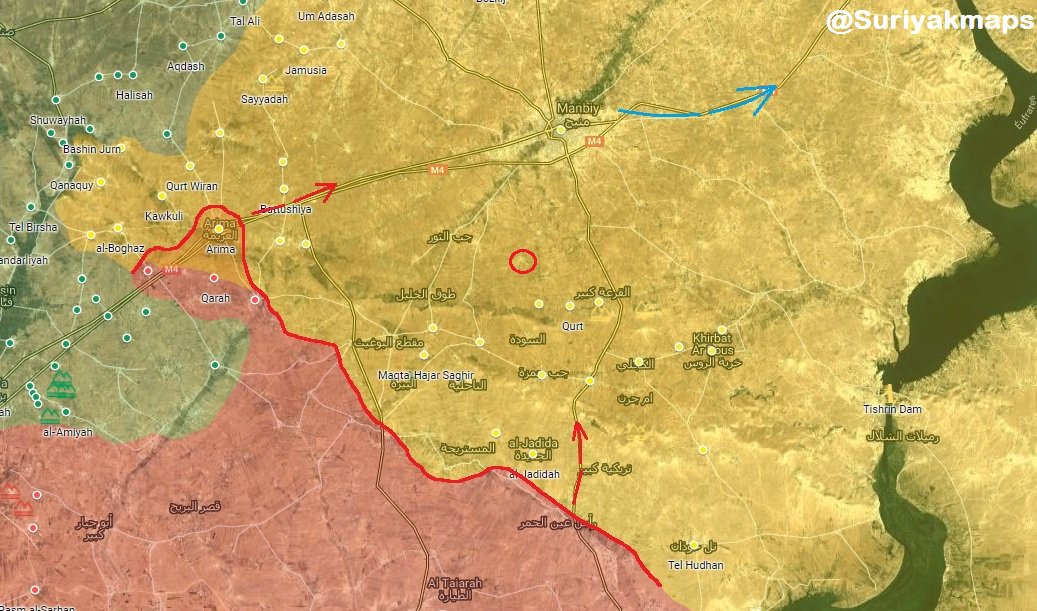 Unknown gunmen killed an element of the Syrian Democratic Forces in the village of Al-Jaradi in eastern Deir al-Zour.

A military source affirmed that the Syrian Air defenses intercepted hostile missiles launched by the Israeli warplanes from over the Lebanese territories and downed the majority of them before reaching their targets.

The source added that the Syrian air defenses confronted hostile missiles launched by the Israeli warplanes from over the Lebanese territories and downed most of them before reaching their targets , affirming that the damages of the aggression were limited to a munition warehouse and the injury of three soldiers.

Earlier, SANA reporter said that the air defenses confronted a number of the hostile targets over the space of Damascus western countryside.

The reporter added that the aggression was carried out from over the Lebanese territories and a number of the hostile targets were downed.

Islamic Emirate of Afghanistan (Taliban) reportedly killed six and wounded 11 elements of the Afghan National Security Forces in an attack on the administration center of Almar district.

Afghan National Security Forces reportedly killed 27 and wounded seven elements of the Islamic Emirate of Afghanistan, as well as destroyed two motorcycles and several weapons depots and ammunition caches in Kajaki and Lashkar Gah districts, according to the Afghan Ministry of Defense.