Hello and welcome to the 647th installment of the SWD.

‘Afrin Liberation Forces’ (Hêzên Rizgariya Efrînê) released a new statement announcing an operation against the Turkey-backed Free Syrian Army in northern Aleppo. According to the statement, two elements of Al-Jabhat al-Wataniya lil-Tahrir (National Liberation Front) were killed and one wounded in the operation. Full statement released by the group;

Special teams continue to carry out more special military operations in new ways against the Turkish occupation and its mercenaries in the area of ​​Afrin and its surroundings.

On the evening of December 22, our fighters targeted a military vehicle carrying Turkish National Army mercenaries in the vicinity of Kiljbreen town in Azzaz area in the northern countryside of Aleppo, where two mercenaries were killed and another seriously injured in addition to destruction of a vehicle.

Syrian Democratic Forces reportedly captured Abu al-Khatir near Hajin from the Islamic State, as the two continue clashing over nearby Abu Hassan village. 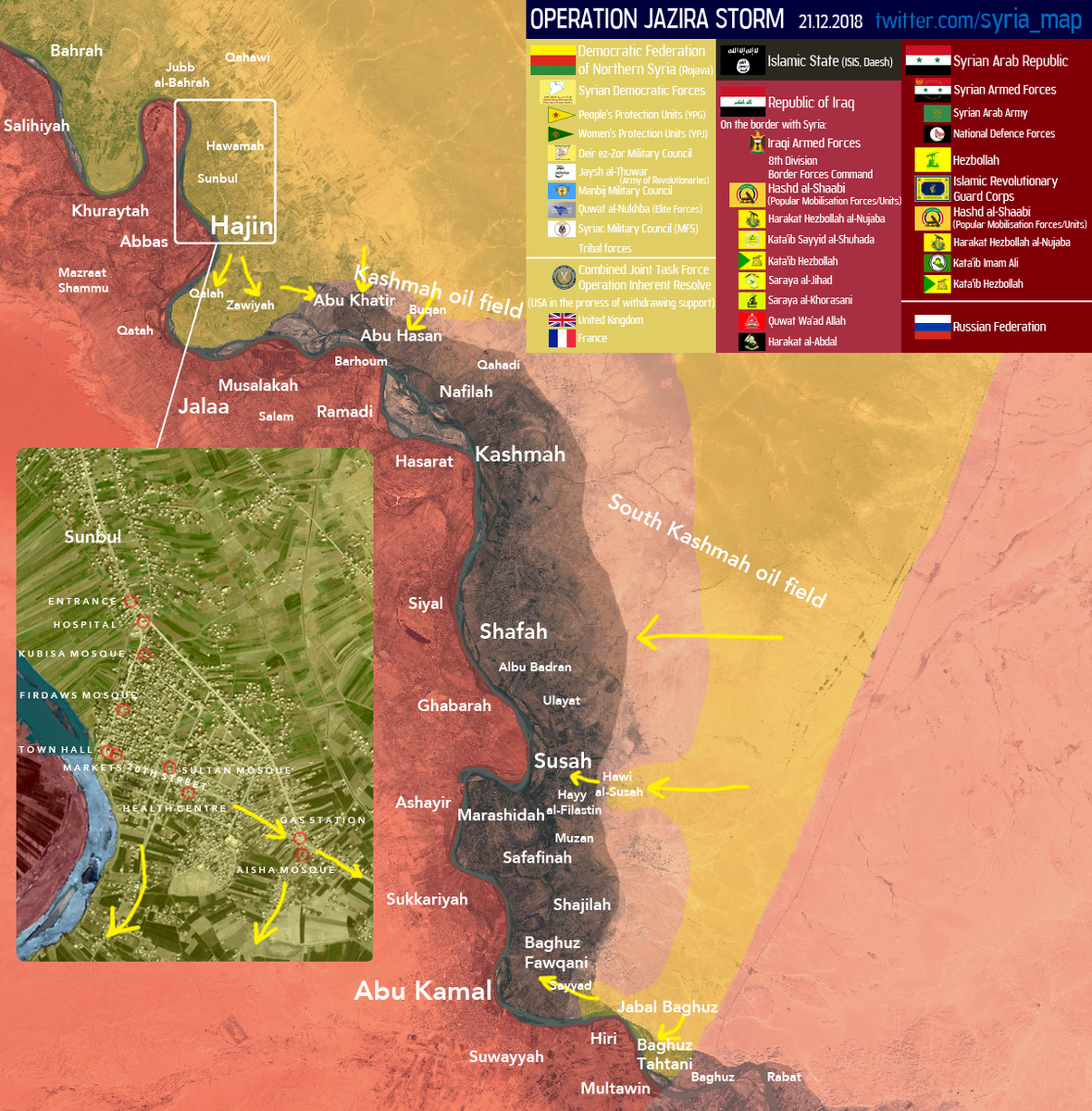 Afghan National Security Forces reportedly killed 22 and wounded six elements of the Islamic Emirate of Afghanistan (Taliban) in Shirin Tagab district, according to the Afghan Ministry of Defense.

Islamic Emirate of Afghanistan’s sniper killed an element of the Afghan National Army in Almar district.

Afghan National Security Forces reportedly killed 37 and wounded seven elements of the Islamic Emirate of Afghanistan in Gelan, Andar, and Qarabagh districts, according to the Afghan Ministry of Defense.