Hello and welcome to the 638th installment of the SWD.

Yekîneyên Parastina Gel’s (People’s Protection Units) Media Center claimed that five elements of the Turkish Armed Forces were killed in an operation conducted by the group in Afrin region. Full statement by the Media Center;

Within the scope of the second phase of the Resistance of the Age in occupied Afrin, our forces continue to carry out successful military operations against the invader Turkish army and its mercenary allies.

On December 13th, our unit carried out a successful operation, targeting the positions of the invader Turkish army in Kimar village of Afrin’s Sherawa district. As a result, the enemy outpost was destroyed and five Turkish soldiers were killed.

’Wrath of Olives Operation Room’ killed an element of the Turkey-backed Free Syrian Army near the city of Al-Bab in northern Aleppo.

Syrian Democratic Forces continued clashing with the Islamic State in Qalaat neighborhood at the southern outskirts of Hajin city. The two sides also clashed near Abu al-Khatir and Abu Hassan, as the Islamic State launched a counterattack.

1-Bagouz axis: Strong engagements broke out between our fighters and members of the terrorist organization in this axis, where terrorists attacked (3) car bombs sites for our forces, but our fighters targeted and detonated before reaching its targets, a number of terrorists were killed and some were wounded due to the engagements while the others fled., we did not know their exact numbers, it is worth to mention that the bodies of some terrorists fell into the hands of our fighters.

The terrorist organization regrouped and attacked with another car bomb our fighters’ points, amid attempts by terrorist elements to infiltrate and get closer to our forces’ fortifications, but our fighters confronted them and managed to detonate the car before reaching their points.

After the desperation that took control of the terrorists, they resorted to mortar shelling indiscriminately and heavily, but did not cause any damage to our forces.

In the evening, our fighters launched a violent attack on the terrorist positions, and managed to advance more than 1 km and 11 new targets were installed. A number of terrorists were killed in the engagements. Our fighters also seized a number of military equipment, weapons and ammunition

At 7 pm, despite the bad weather, the heavy rains in the area, and the dark darkness, our fighters launched another attack on the terrorists’ points and positions. They managed to advance and were able to install another 17 points. The terrorists returned to bombard our fighters with Dushka and mortar shells. But they Did not cause any damage to our forces.

This axis witnessed engagements and mortar shelling until the time of preparation of this outcome.

2-Hajian axis: In the morning, terrorists launched an attack on the positions of our forces, using heavy weapons and bomb cars. Violent engagements broke out, in which a large number of terrorists were killed and a car bomb was detonated before reaching our forces’ positions and Fortifications , A number of weapons and communications equipment left behind by the terrorists were also seized, having escaped under the blows of our fighters, while our engineering units dismantled a number of mines laid by terrorists. While the International Alliance air jets carried out a number of air strikes, targeting the points and fortifications of terrorists, which led to the destruction and killed a number of them.

In the evening, our fighters launched another attack on terrorist positions, a number of them were killed, advanced a distance of 1 km, secured 25 points and seized large amounts of weapons, ammunition and military equipment. The engineering teams dismantled 10 mines laid by terrorists in the areas that controlled by our fighters.

In response to the advance of our forces, the terrorists fired a thermal missile at the vehicles and positions of our fighters, but caused no damage.

A number of our fighters were wounded and they were taken to hospitals for treatment.

– Weapons seized by our fighters:

2- A number of Sniper weapons

– The mines that were detonated by our fighters:/ 20 / mines.

– Number of strikes by the international coalition: /19 / strike. 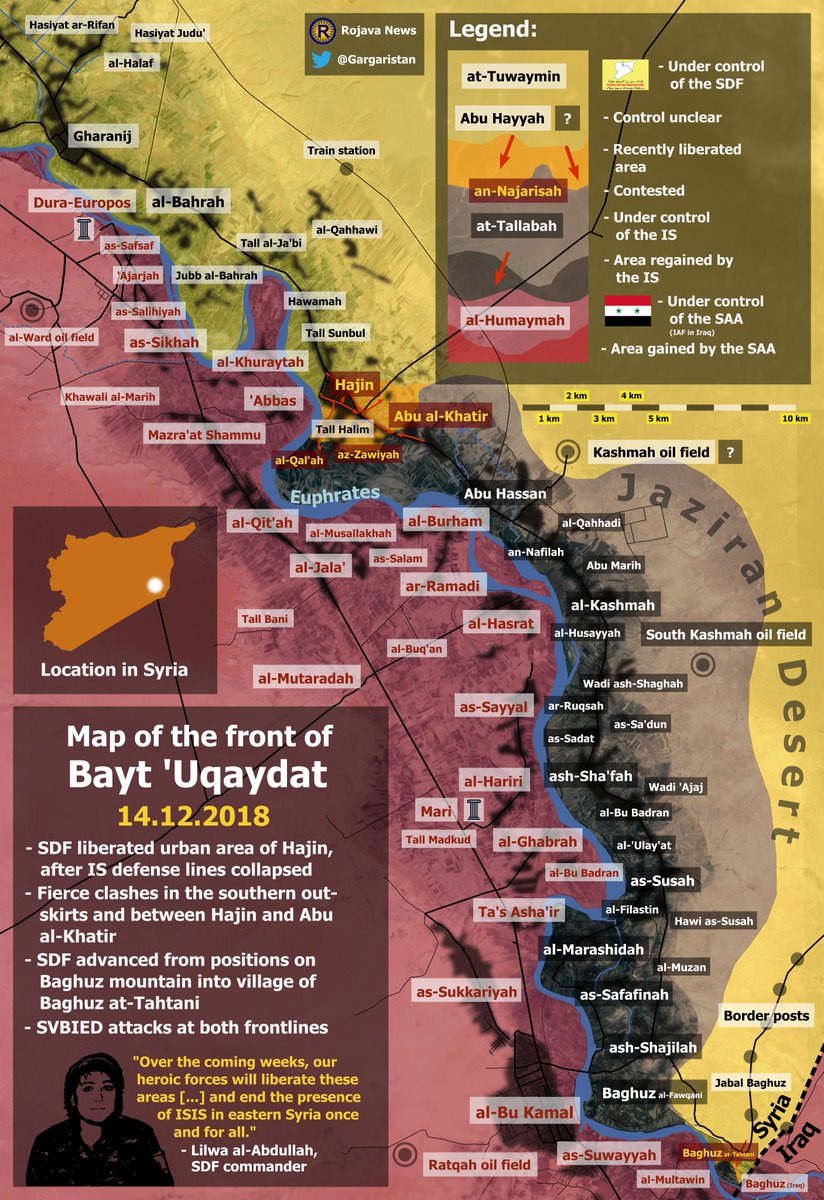 Improvised explosive device killed a civilian near the city of Ibtaa, north of Daraa.

Afghan National Security Forces killed 17 and wounded four elements of the Islamic Emirate of Afghanistan, as well as destroyed a vehicle in Sangin, Washir, and Nahri Saraj districts.