Hello and welcome to the 619th installment of the SWD.

Last night, rebel forces shelled several districts / neighborhoods of Aleppo city with reports that the shells were filled with chlorine gas. Syrian Arab News Agency stated that at least 107 civilians were affected by the gas and hospitalized.

Yekîneyên Parastina Gel’s (People’s Protection Units) Media Center stated that two elements of the Turkey-backed Free Syrian Army were wounded in an operation conducted by the group in Sherawa subdistrict of Afrin. Full statement by the Media Center;

Within the scope of the second phase of the Resistance of the Age in Afrin, our forces continue to carry out successful military operations against the invader Turkish army and its mercenary allies.

On November 24th, our unit carried out a sabotage action on the road leading to the Birj Heyder village in Sherawa district, targeting a military vehicle of the Sham Legion (Faylaq al-Sham) mercenary faction. As a result, two terrorists were heavily wounded.

Improvised explosive device wounded a civilian in the village of Al-Adnaniyah, northwest of Raqqa city.

14 civilians from the same family, most of them women and children, were killed after the US-led Coalition’s planes targeted the locals’ houses in al-Shaafa town in Deir Ezzor eastern countryside.

The Coalition’s strikes in the province’s countryside continued for the third day in a row. Over the past couple of days, 31 civilians, mostly women and children, were killed in the strikes which are allegedly intended to eliminate ISIS terrorist organization in the area.

Many houses were also razed to the ground due to the Coalition’s attacks on the residential areas in the province.

Improvised explosive device killed a civilian in the village of Al-Sousse in eastern Deir al-Zour. 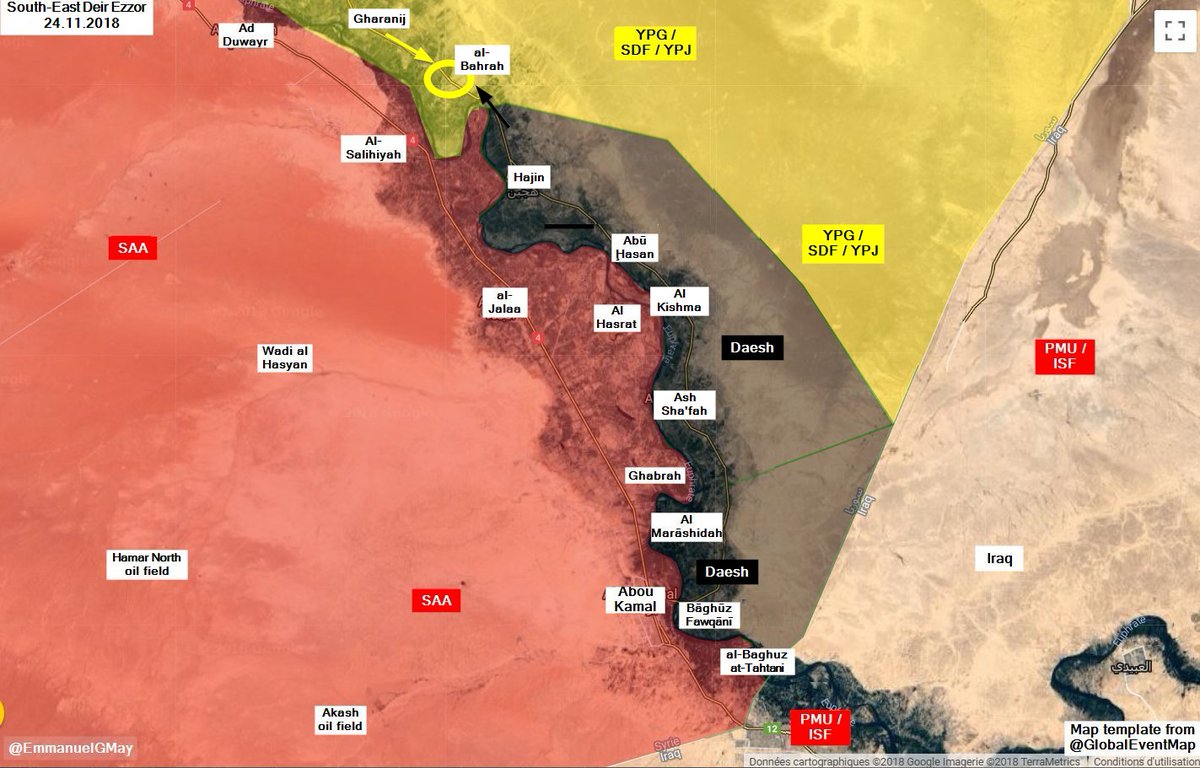 Islamic Emirate of Afghanistan’s sniper wounded an element of the Afghan National Army near the center of Gurziwan district.

Islamic Emirate of Afghanistan’s improvised explosive device killed one and wounded one element of the Afghan National Army in Nadir Shah Kot district.

Islamic Emirate of Afghanistan attacked an Afghan National Army’s convoy near the center of Qala i Naw district. Three elements of the Afghan National Security Forces were killed and five wounded in the attack.

Afghan National Security Forces reportedly killed 21 and wounded two elements of the Islamic Emirate of Afghanistan in Jaghori and Andar districts, according to the Afghan Ministry of Defense.