Hello and welcome to the 611th installment of the SWD.

Unknown gunmen wounded a Hayat Tahrir al-Sham’s official, Abu Salah on a road near the city of Darkush.

40 civilians, mostly women and children, were martyred on Saturday in a new aggression launched by warplanes of the US-led “International Coalition” on al-Buqa’an village in the surrounding of Hajin town, about 110 km southeastern countryside of Deir Ezzor, local sources said. .

The sources talked about continued heavy shelling carried out by coalition aircrafts since last night on Hajin city and the villages and towns affiliated to it where dozens of houses were destroyed and hundreds of families were displaced.

The sources warned that the death toll is likely to rise due to the difficulty of evacuating civilians trapped under the rubble of houses destroyed by the airstrikes.

Unknown gunmen killed an element of the Syrian Democratic Forces at a checkpoint in the village of Al-Shuhail.

Syrian Arab Army and allies managed to capture Tell al-Safa from the Islamic State, as operations against the latter still continue in the region. Syrian Arab News Agency released a statement regarding the event;

Army units operating in the southern region made a significant advance against Daesh (ISIS) terrorists’ depots in Tuloul al-Safaa in the depth of Sweida eastern Badiya (desert).

SANA reporter said that the army units on Saturday imposed fire control on what remained of the areas where terrorists are positioned, after seizing control over the top hills.

Big numbers of terrorists were killed during the military operations, the reporter indicated, adding that the army units are continuing to clear the liberated areas from what has been left behind by Daesh terrorists. 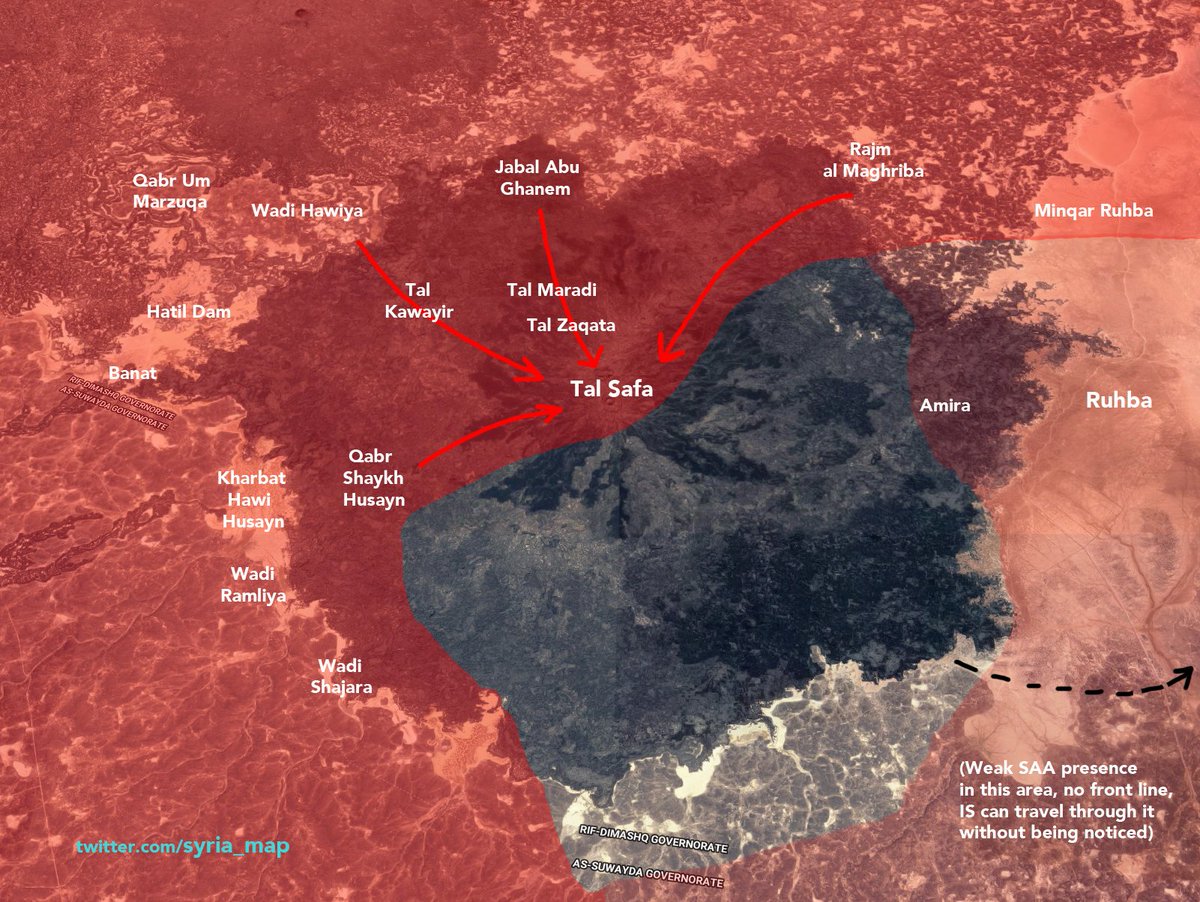 Islamic Emirate of Afghanistan’s (Taliban) Al-Emarah News stated that 15 elements of the Afghan Local Police surrendered to the group in Qarmaqul, Sowr, Bori, Chichakto, and Aqmast areas of Qaysar district.

Afghan National Security Forces reportedly killed 34 and wounded five elements of the Islamic Emirate of Afghanistan in Qarabagh and Malestan districts, according to the Afghan Ministry of Defense.