Hello and welcome to the 594th installment of the SWD.

Hayat Tahrir al-Sham and Al-Jabhat al-Wataniya lil-Tahrir (National Liberation Front) reached an agreement ending clashes between the two in western Aleppo. According to the agreement, both sides will release all prisoners, as well as neutralize Taqad and Kafr Hamra. Al-Jabhat al-Wataniya lil-Tahrir will be allowed to set up an operation room on Al-Layramoun front in Kafr Hamra. The two sides also agreed on establishing a committee lead by Sheikh Anas Ayrout, which will investigate the killing of two Hayat Tahrir al-Sham’s officials in Kafr Hamra.

Improvised explosive device killed one and wounded one market guard near a Free Syrian Police’s headquarters in the village of Al-Dana. 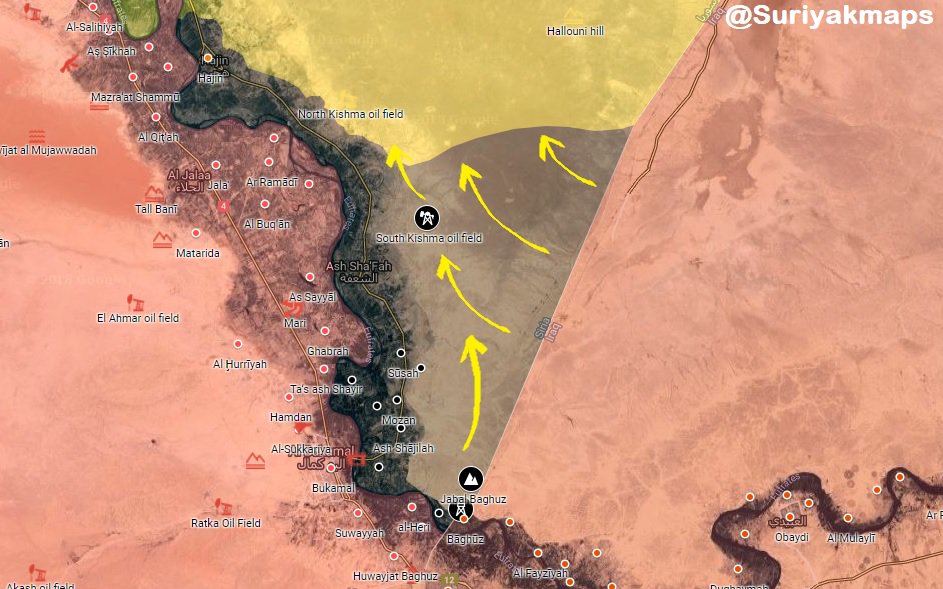 Islamic State’s Amaq Agency claimed that at least 33 elements of the Syrian Arab Army were killed and wounded during today’s clashes in Tell al-Safa area in eastern Al-Suwayda.

Islamic Emirate of Afghanistan’s Al-Emarah News stated that the group shot down an Afghan Air Forces’ military helicopter over Jamal Ghazni area of Anar Dara district. According to Al-Emarah, the deputy commander of the Afghan National Army’s 207th (Zafar) Corps, general Neamat Khan, the head of Farah’s provincial council, Farid Bakhtawar, and 22 other individuals were reportedly killed in the incident.

Islamic Emirate of Afghanistan’s sniper killed one and wounded one element of the Afghan National Army in Mizan district.