Hello and welcome to the 593rd installment of the SWD.

Within the scope of the second phase of the Resistance of the Age in occupied Afrin, our forces continue to carry out successful military operations against the invader Turkish army and its mercenary allies.

On October 29th, our units carried out a sabotage action in Afrin´s Rajo district, targeting a vehicle that was carrying a number of terrorists of the Ahrar al-Sharqiya mercenary fraction after they seized the olives recently harvested by the people of the Goliya village. As a result, three of the mercenaries were killed.

Hayat Tahrir al-Sham fully captured the village of Kafr Hamra from Al-Jabhat al-Wataniya lil-Tahrir (National Liberation Front), after the latter decided to withdraw from the locality. According to the reports, Al-Jabhat al-Wataniya lil-Tahrir withdrew from Kafr Hamra in order to preserve the safety of their delegation, which was detained by Hayat Tahrir al-Sham while trying to negotiate an agreement. 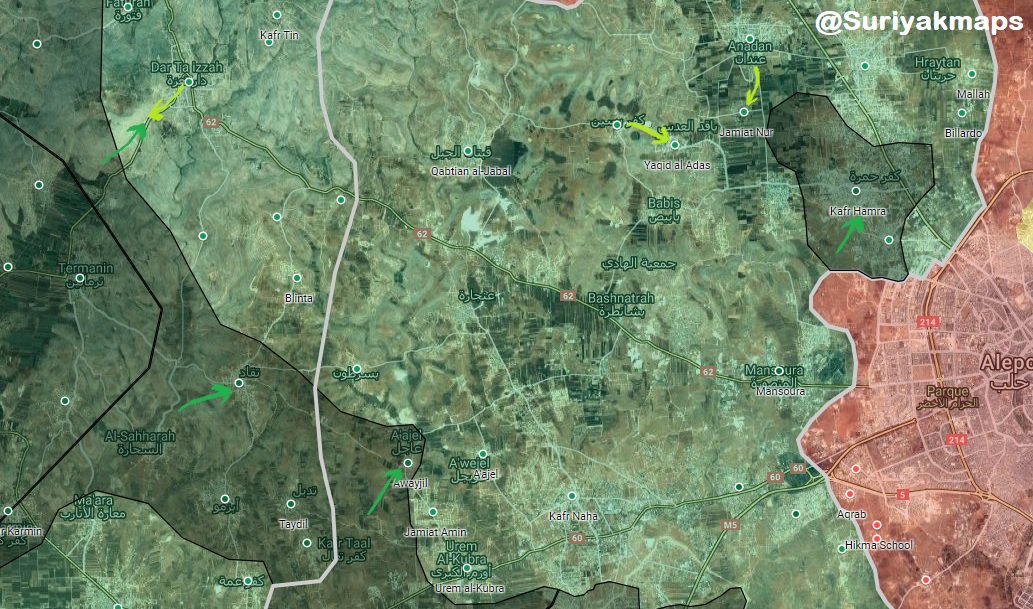 Hayat Tahrir al-Sham’s commander, Abu Mohammed al-Suri, his son, and another element of the group were wounded at a Al-Jabhat al-Wataniya lil-Tahrir’s (National Liberation Front) checkpoint in the village of Al-Rami, after they refused to get out of their vehicle.

Afghan National Security Forces killed 29 and wounded three elements of the Islamic Emirate of Afghanistan, as well as destroyed two motorcycles and several weapons depots and ammunition caches in Qarabagh and Malestan districts, according to the Afghan Ministry of Defense.

Islamic Emirate of Afghanistan ambushed and killed Afghan National Army’s commander, Akhtar Muhammad and two elements of the army in Karaja area of the city of Farah.