Hello and welcome to the 584th installment of the SWD.

Yekîneyên Parastina Gel’s (People’s Protection Units) Media Center stated that two elements of the Turkey-backed Free Syrian Army were killed in an operation conducted by the group in Bulbul subdistrict of Afrin. Full statement by the Media Center;

Within the scope of the second phase of the resistance against the Turkish invasion army and its terrorist allies in Afrin, our forces carried out an operation against the mercenary allies of the occupying Turkish army in Afrin’s Bilbile district.

On October 18th, our units carried out an operation against the Turkish-backed terrorist group Ahrar al-Sharqiya in the village of Qastal Khadriya in Bilbile district. As a result, two of the terrorists, namely Sulayman al-Muhammad and Muhammad Mahran, were killed.

Improvised explosive device wounded two elements of the Free Syrian Army’s Al-Liwa 51 (51st Brigade) near one of the group’s headquarters in the village of Tilalyan, near Marea.

1- Baguz axis: Strong clashes erupted in this axis after IS mercenaries’ attempts to strike the sites of our forces using the shells of RBG, PKC, Kalashnikovs and snipers. Our forces repelled their movements and turned them back.

These clashes resulted in wounding three fighters, killing six mercenaries in addition to seizing their weapons.

Moreover, the Global Coalition’s aircrafts carried out several raids on the terrorists’ sites that led to cutting off the road between al-Murshda and al-Soseh villages, destroying an ammunition depository that belongs to the mercenaries.

In the result of the mines planted by the mercenaries, one of our fighters martyred and another one got wounded.

The number of the terrorists’ killed: 6 terrorists.

The raids of the Global Coalition: 6 raids.

The mines that were dismantled: 1 mine.

The terrorist gang’s losses: An ammunition depot and 6 cars were destroyed.

The number of our martyrs: 1 martyr. 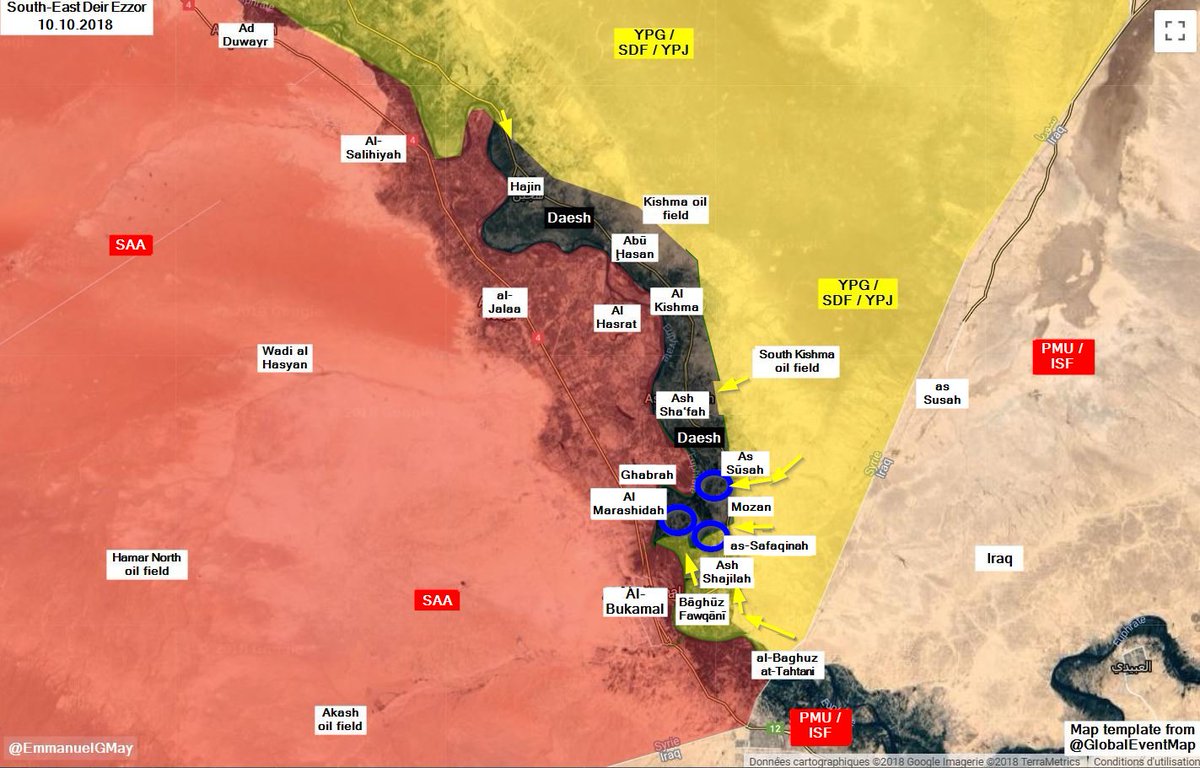 Improvised explosive device killed 11 civilians in Momand Dara area of Achin district. Local authorities in Nangarhar stated that the Islamic State is present in the area, without directly blaming the group for the explosion.

Islamic Emirate of Afghanistan (Taliban) killed one and wounded one element of the Afghan National Security Forces in Meer Ali area of Adraskan district.