Hello and welcome to the 572nd installment of the SWD.

Free Syrian Army’s Ahrar al-Sharqiya arrested an Islamic State’s foreign commander, Abu Khubayb al-Jazayiri, as well as seven women and 16 children accompanying him at Aoun al-Dadat checkpoint near Jarabulus, as they were on their way towards Afrin from Manbij. Al-Jazayiri previously fought in Al-Bab, Qabasin, Al-Mayadeen, and Hajin, with several accusations against him regarding his participation in executions. Al-Jazayiri and other individuals were all handed over to the military police in Jarabulus.

Improvised explosive device targeted a vehicle of the Syrian Democratic Forces, reportedly killing one and wounding three elements on the road between Ain Issa and Sareen, north of Raqqa.

Unknown gunmen assassinated Abu Yousef al-Jazrawi (from Saudi Arabia), a security advisor of Hayat Tahrir al-Sham’s leader, Abu Muhammad al-Julani. Al-Jazrawi was assassinated on the road between the villages of Juzef and Maerata, south of Idlib.

1–Baguz axis: Our fighters launched a large-range attack on terrorist positions, killing several of them and causing material damage to the equipment. The terrorists returned to attack, using the dense nature of the area, where they tried to infiltrate among the trees. They came close to the positions of our forces, but the vigilance of our fighters failed the attack, after violent engagements with them, caused a death to a number of them, we could not find out because of the dense of Trees and fears of mines before being combed by military engineering teams.

The coalition’s jets also destroyed a tunnel used by terrorists, and it was not known if terrorists were inside it or not.

In the evening, terrorist movements with their vehicles were noticed in the vicinity of Al-Morsheda village. They were targeted by several artillery shells. During the combing operations in Al-Morsheda village, our fighters found a quantity of weapons and ammunition.

2- Hajan axis: This axis witnessed strong engagements, ranging from hit-and-run, but our fighters were able to advance in the area that were controlled by terrorists, amid preliminary artillery shelling. A number of terrorists were killed in the engagements, in addition to cause material damage.

3- Outcome of the engagements:

– Number of terrorists who were killed:/ 6 / terrorists.

– Weapons seized by our fighters: mortars in addition to a number of fillings, an explosive belt, a thermal rocket launcher. 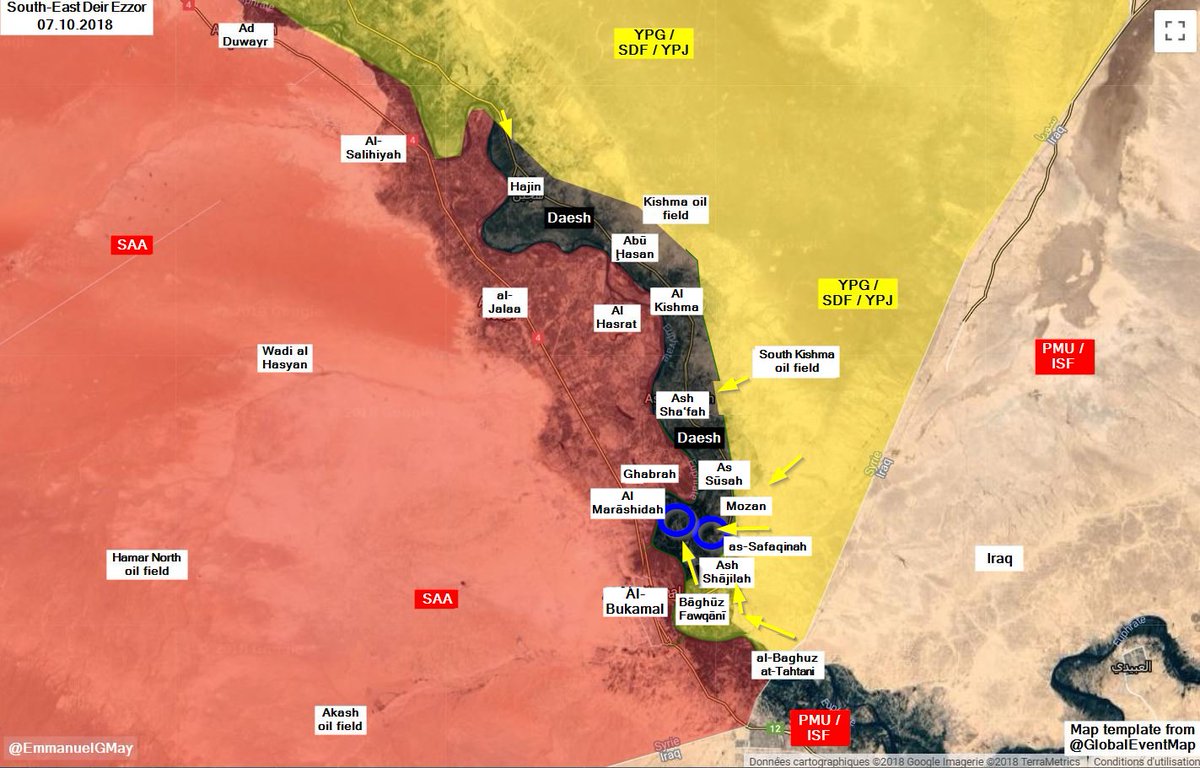 Three elements of the Afghan Local Police surrendered to the Islamic Emirate of Afghanistan in Darayim district.

Islamic Emirate of Afghanistan ambushed a group of Afghan National Army’s elements, reportedly killing seven and wounding four soldiers on the main road between Kabul and Kandahar in Saydabad district.

Afghan National Security Forces allegedly killed 40 and wounded 36 elements of the Islamic Emirate of Afghanistan in Deh Yak, Qarabagh, Andar, and Ghazni districts, according to the Afghan Ministry of Defense.