Hello and welcome to the 571st installment of the SWD.

Four elements of the Al-Jaysh al-Watani al-Suri’s (Syrian National Army) were killed and two wounded, when one of the elements accidentally dropped and triggered a hand grenade in a room where the elements were present. The incident occured in the village of Maryamin in Sharran subdistrict of Afrin.

Unknown gunmen killed an element of Hayat Tahrir al-Sham on the road between Darkoush and Azmarin.

1-Al-Bagouz axis: Our fighters advanced a distance of /500/ meters, following violent engagements with the terrorists, “Daesh, and killed in the engagements a number of terrorists, and our forces were able to install 6 points and seize a quantity of weapons.

The axis is occasionally punctuated by intermittent engagements, accompanied by mortar shelling.

2- Hajin axis: Strong engagements broke out between our fighters and terrorists, which lasted long hours. The terrorists used heavy weapons and indiscriminate shelling with mortars and heavy machine guns, but did not cause any harm to our fighters.

3-The outcome of the engagements: 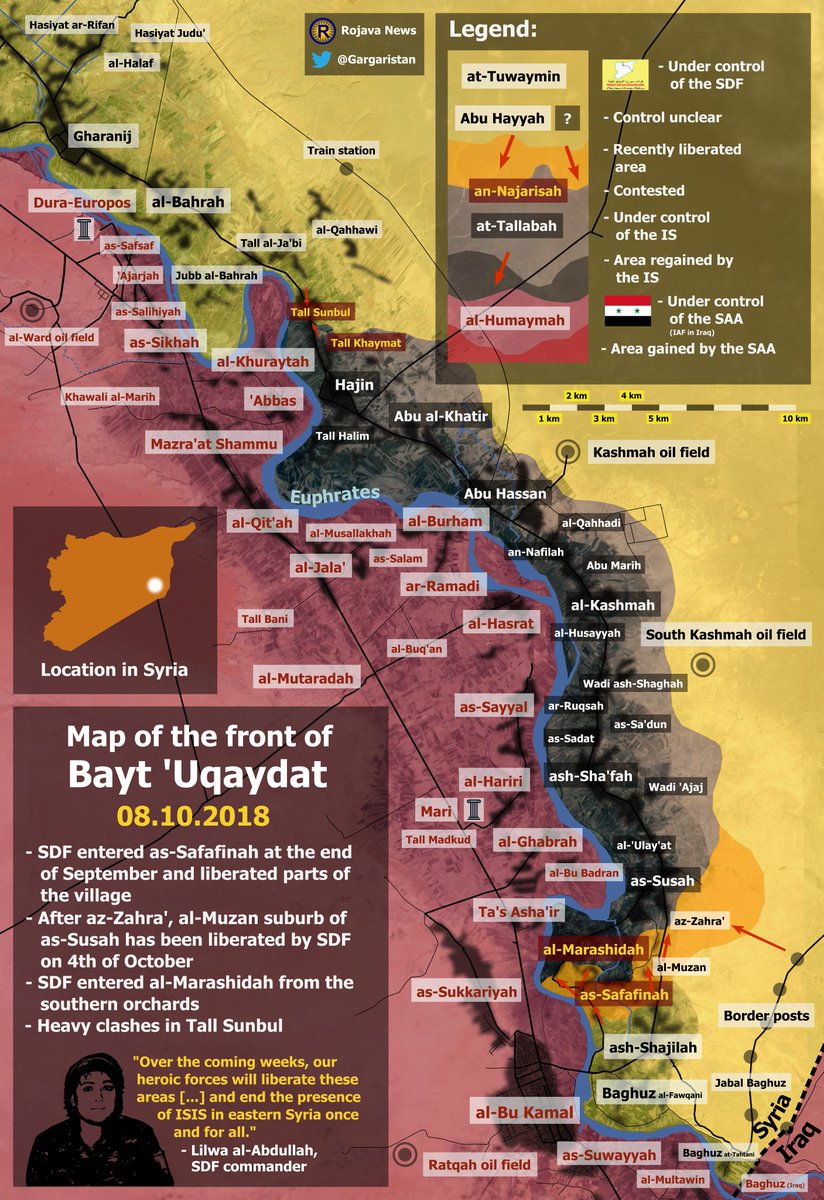 Afghan National Security Forces reportedly killed 28 elements of the Islamic Emirate of Afghanistan (Taliban) in Shirin Tagab and Dawlat Abad districts, according to the Afghan Ministry of Defense.

Afghan National Security Forces reportedly killed 26 and wounded ten elements of the Islamic State in Khogyani and Achin districts, according to the Afghan Ministry of Defense.

Islamic Emirate of Afghanistan’s Al-Emarah News stated that the group took over Saydabad district’s administration center, as well as nearby Afghan National Police’s headquarters. According to the Al-Emarah, 35 elements of the Afghan National Security Forces were killed and dozens wounded, as well as ten captured in the encounter. Islamic Emirate of Afghanistan reportedly seized 60 light weapons, a mortar, a DShK heavy machine gun, four armored vehicles, and four military vehicles from the base.