Hello and welcome to the 567th installment of the SWD.

Improvised explosive device killed one and wounded one civilian in the village of Asqat.

1-Al-Bagouz axis: Our fighters attacked points and positions of Daesh terrorists and violent engagements were broken out, which resulted in the deaths of a number of terrorists, three bodies of them in the hands of our fighters. As a result of the engagements, our fighters managed to advance 1 km and install 6 new points.

The terrorists tried to launch a counter-attack, but our fighters resisted them. Coalition artillery also bombed the terrorist positions and fortifications, we could not find out how many terrorists were killed and what casualties they suffered.

On the other hand, our fighters continued to advance and were able to install 3 new points and took over a 120mm mortar.

Terrorists also launched an attack with automatic weapons and snipers at the positions of our fighters, but our fighters fought back and managed to cross into areas under the control of the terrorists after they fled away.

2-Hajin axis: Our fighters advanced a distance of 300 meters and the installation of 6 new points following engagements with the Daesh terrorists.

A number of them were killed. Our forces also shot down a reconnaissance plane and detonated three mines that were at one point that our fighters had controlled.

While our fighters closed down a trench used by terrorists in their movements and they used it as fortifications.

In the evening, our fighters launched an attack on the Daesh terrorists. positions. There were very violent engagements in which terrorists used all types of heavy weapons, including snipers, and a number of terrorists were killed in the engagements.

3- Outcome of the engagements:

– Deadly terrorists: / 21 / Terrorist, three bodies of them were by the hands of our fighters. 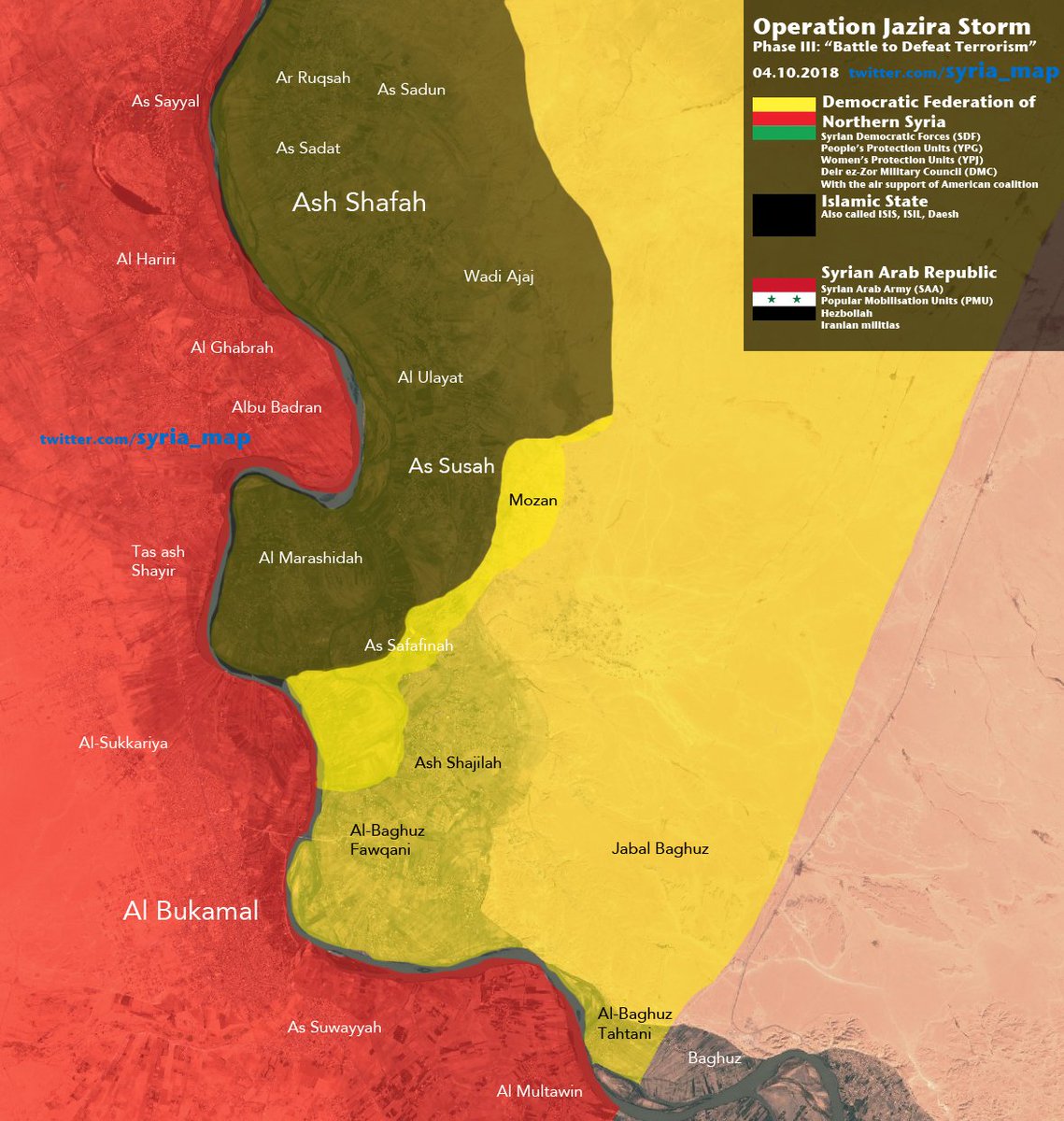 Afghan National Security Forces reportedly killed 17 and arrested seven elements of the Islamic Emirate of Afghanistan in Khakrez district, according to the Afghan Ministry of Defense.