Hello and welcome to the 561st installment of the SWD.

Within the scope of the second phase of the Resistance of the Age in occupied Afrin, our forces carried out a series of successful operations in Afrin’s Shera, Jindereseand Bilbile districts, targeting the mercenary allies of the invader Turkish state.

On September 26th, our units ambushed the mercenaries of the Sham Front (Jabhat al-Shamiya)on the road between the villages of Merymin and Kafr Jana in Shera district. As a result, a terrorist named Muhammad Bakur was killed.

On the same day, our units ambushed a mercenary of the Ahrar al-Sham in the village of Diwa of Afrin’s Jinderese district. As a result, the terrorist named Abu Muri was killed.

In the third action that our fighters had carried out that same day, another group of mercenaries was targeted in Bilbile district. As a result, a terrorist Muhammad Rashid Ezzazi, who worked as a translator between the invader Turkish army and its mercenary allies, was killed.

Syrian Civil Defense (The White Helmets) found a body of a Hayat Tahrir al-Sham’s commander on the road between Al-Atarib and Kafr Naseh in western Aleppo. The commander was kidnapped by unknown individuals near the village of Qaniya in northern Idlib. Reports suggest that there were signs of torture on the body.

Unknown gunmen opened fire on a Syrian Democratic Forces’ vehicle and killed an element on the road between Al-Hasakah and Amuda.

Turkistan Islamic Party and Hurras al-Deen prevent dozens of civilians from entering the city of Jisr al-Shughur, as they were on their way to participate in demonstrations held across rebel-held areas in greater Idlib area. The demonstrations, under the slogan “Freedom for detainees/prisoners” called for the release of detainees from the prisons of the Syrian government. Notable demonstrations in Idlib governorate were held in; Maarat al-Numaan, Kafr Nabl (Kafranbel), Khan Sheikhoun, Harem, Ariha, Binnish, Maarat Misrin, and Kafr Rumah. The demonstrations were also held in rebel-held areas of Aleppo and Hama governorates.

Improvised explosive device killed one and wounded three individuals, unknown whether civilians or military personnel, near the 30th Street in Idlib city.

1-AL- Baguoz axis: Our forces have continued their military operations in this area, making further progress. They have inflicted heavy blows on the ranks of terrorists after violent engagement they have fled fleeing, leaving their weapons and military equipment behind them.

While our fighters advanced a distance of 1 km in the midst of violent engagement with the terrorists, and were able to install 6 new points.

2-Hajin axis: Our fighters provided a distance of / 600 / in this axis, amid violent engagement with terrorists, which used heavy weapons, causing heavy losses in their ranks, causing a disruption in their ranks.

3-The final outcome of the engagements: 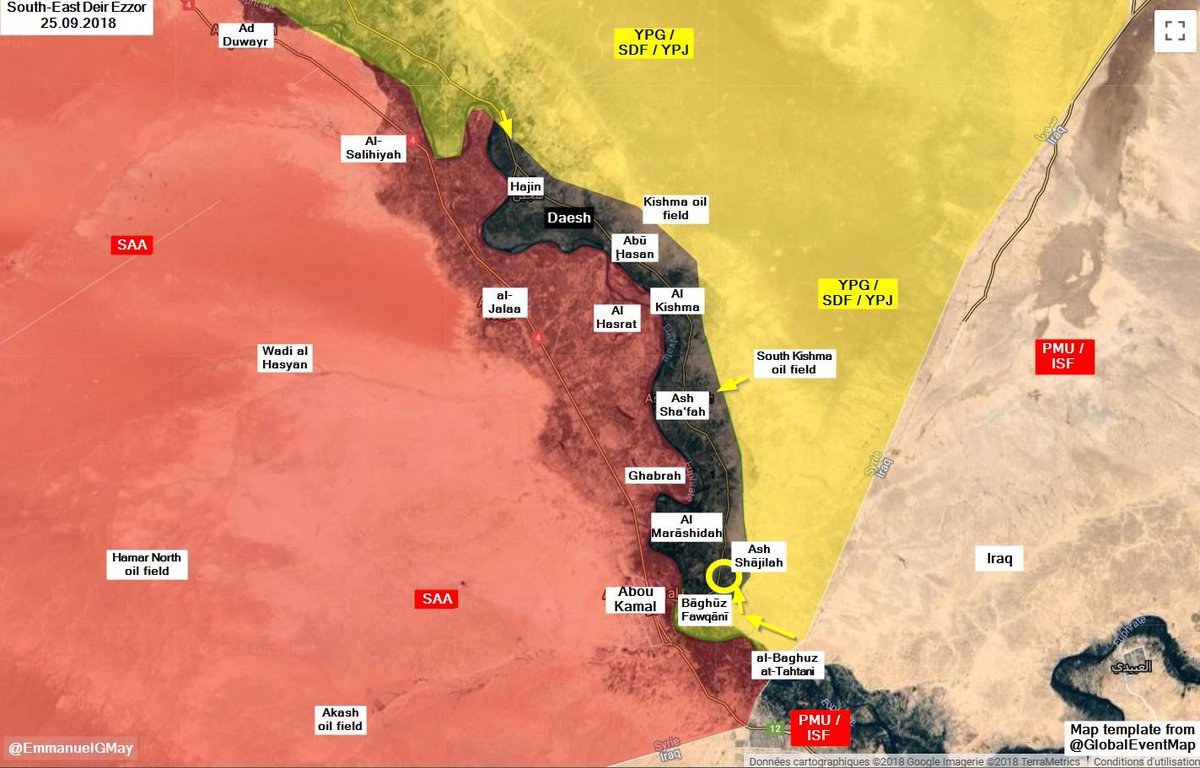 Two elements of the Afghan National Army surrendered to the Islamic Emirate of Afghanistan in Jawand district.

Afghan National Security Forces killed nine and wounded four elements of the Islamic Emirate of Afghanistan, as well as destroyed a motorcycle in Ghazni and Zana Khan districts.

Afghan National Army’s element surrendered to the Islamic Emirate of Afghanistan with his weapon in Ghorak district.