Hello and welcome to the 534th installment of the SWD.

Vehicle-borne improvised explosive device targeted Azaz’s local council building in northern Aleppo. Reports suggest that at least one civilian was killed and around 20 wounded by the explosion.

Unknown gunmen threw a grenade at a Turkey-backed Free Police’s patrol in the city of Azaz in northern Aleppo. Six elements of the Free Police were wounded in the incident.

Unknown gunmen killed an element of Hayat Tahrir al-Sham in the village of Ajlas, east of Idlib.

Army units, in cooperation with the supporting forces, carried out concentrated strikes against the remnants of Daesh (ISIS) positions in al-Safa hills in the depth of Sweida eastern Badyia (desert).

SANA reporter in Sweida said that over the past few hours, the army air force and artillery carried out precise and intensive strikes against positions and fortifications of Daesh terrorists in the direction of al-Safa hills in the eastern countryside, inflicting heavy losses upon them in the personnel and equipment.

The reporter added that army units enhanced their positions in the areas where they achieved advancement in parallel with foiling any infiltration attempt by Daesh terrorists towards the gathering of the water of Hatil Dam, the most important source of water to the northwest of al-Safa hills.

The reporter indicated that during their operations, army units adopt military tactics that are suitable for the nature of the area of al-Safa hills, adding that depriving Daesh terrorist organization from one of its most important water resources and destroying its defense lines have contributed to establishing control over new areas amid a state of accelerating collapse among terrorists. 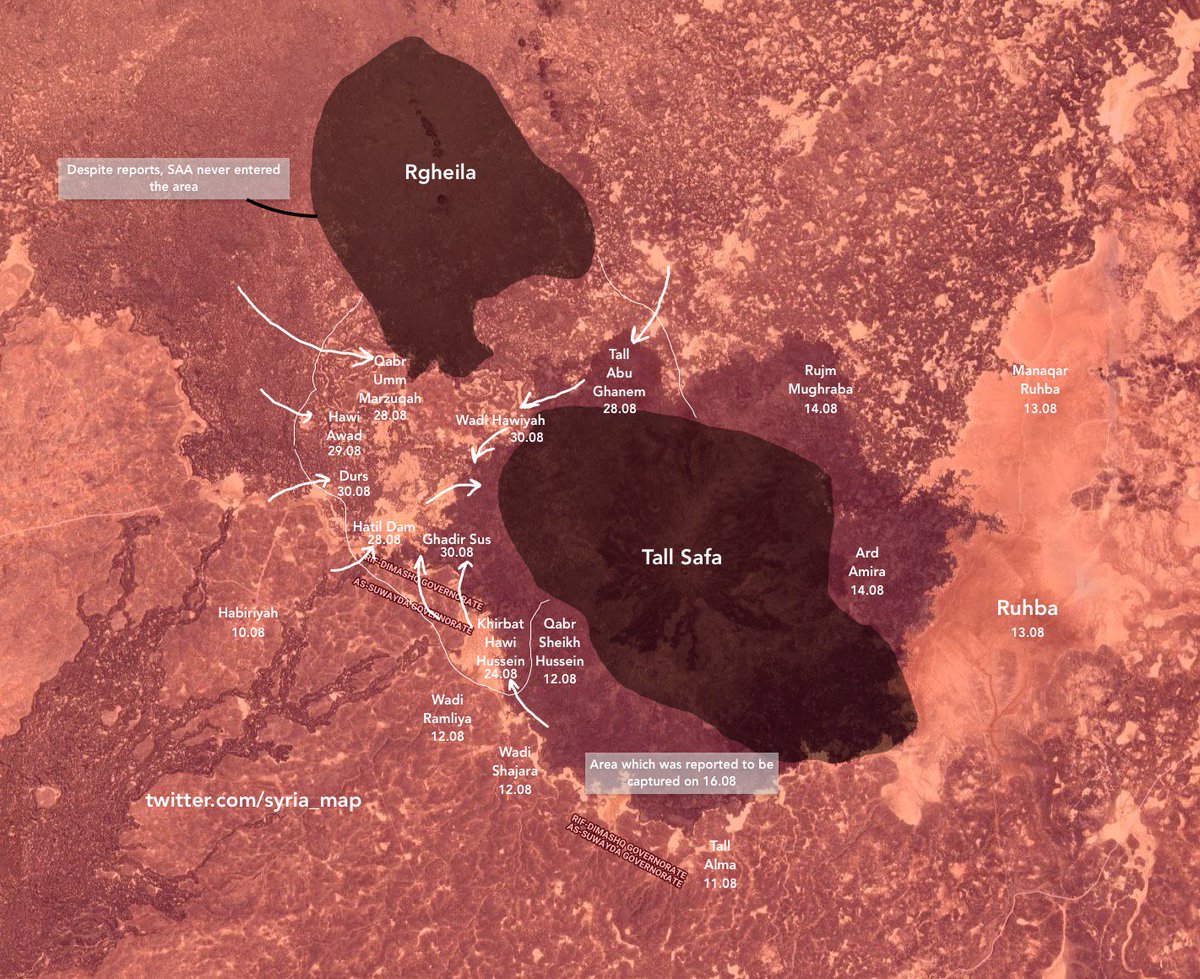 Islamic Emirate of Afghanistan’s (Taliban) Al-Emarah News stated that 17 elements of the Afghan National Army defected to the group in Argumi district.

Afghan National Security Forces killed 30 and wounded 22 elements of the Islamic Emirate of Afghanistan in Ahmadabad district, according to the Afghan Ministry of Defense.

Afghan National Security Forces killed nine and wounded six elements of the Islamic Emirate of Afghanistan, as well as destroyed a vehicle in Andar and Zana Khan districts.