Hello and welcome to the 513th installment of the SWD.

Syrian Civil Defense (The White Helmets) stated that at least 22 civilians were killed and more than 60 wounded by the yesterday’s air raids by the Russian Air Force over Urum al-Kubra village in western Aleppo.

The correspondent said that army units liberated Tal Alam deep into Sweida eastern desert after heavy clashes with Daesh terrorists in which their last fortifications in the area were destroyed.

The correspondent added that the army units are advancing towards Toloul al-Safa, al-Hbeirieh and Bir al-Shiekh Hussein in the area amid bombardment against Daesh hideouts and fortifications which inflicted heavy losses on them.

Earlier in the day, the correspondent said that army units, in cooperation with the allied forces, carried out new operations to liberate the depth of Sweida Badyiah from Daesh (ISIS) terrorists as they reached the administrative borders with Damascus province at some axes of the operations.

He added that the operations resulted in liberating al-Zalf Dam and Ard al-Kira’a, and army units continued to advance backed by the allied forces towards al-Safa hills, Alam hill, al-Hibiryia and Bir al-Sheikh Hussein in parallel with shelling positions and fortifications of Daesh terrorists.

Heavy losses were inflicted upon Daesh terrorists in the personnel and equipment, according to the correspondent.

The correspondent added that the engineering units continued to comb the roads and the liberated areas and to dismantle the explosive devices and the car bombs left behind by Daesh terrorists to hinder the advancement of the army. 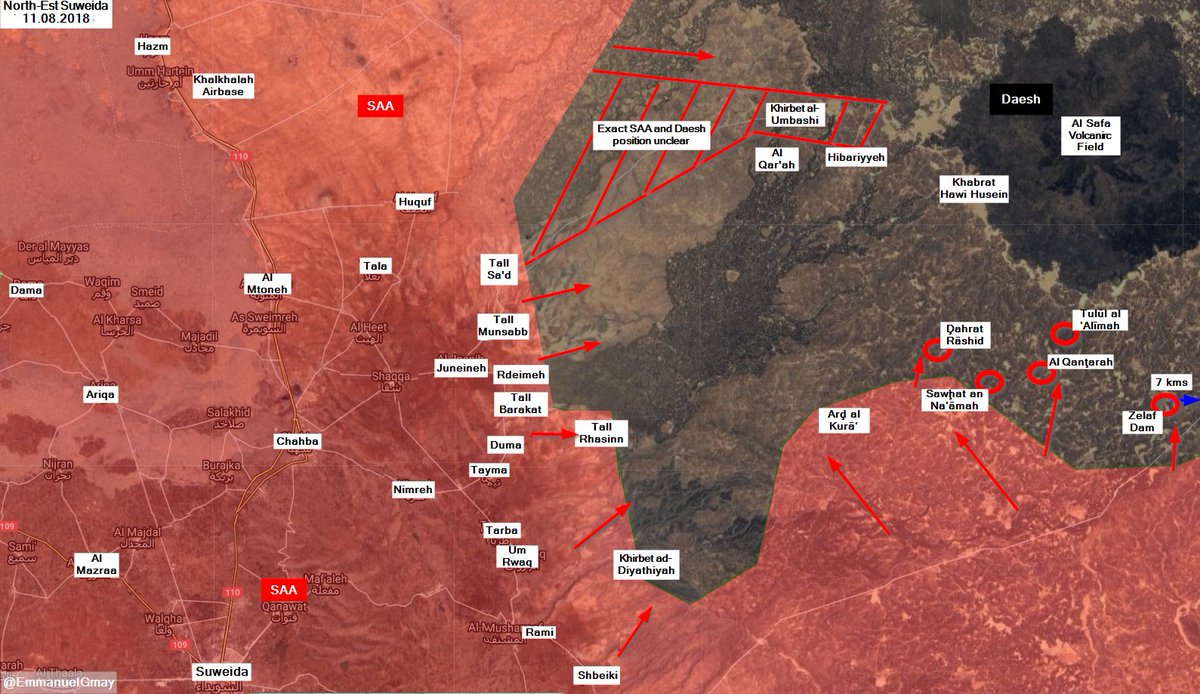 Afghan National Security Forces killed two and wounded one element of the Islamic Emirate of Afghanistan in Surobi district.

Islamic State’s Amaq Agency reported that a total of 25 elements of the Islamic Emirate of Afghanistan were killed and 30 wounded in yesterday’s clashes between the two in Sabri area of Khogyani district.

Afghan National Security Forces killed 14 and wounded one element of the Islamic Emirate of Afghanistan in Nahri Saraj district.