Hello and welcome to the 493rd installment of the SWD.

Second batch of rebel elements and their families were evacuated from Daraa and Al-Quneitra governorates and arrived at Morek in northern Hama through Qalaat al-Madiq crossing in western Hama. The batch reportedly consisted of around 2600 rebel elements and civilians, who will be transferred to camps for internally displaced persons in Aleppo and Idlib governorates. However, the batch was blocked for several hours at the western entrance to the city of Homs by the IRGC-affiliated Asaib Ahl al-Haq and Abu al-Fadl al-Abbas militias.

Second batch of rebel elements and their families were evacuated from the governorate towards northern Syria. According to the reports, the batch consisted of at least 20 buses.

Israeli Defense Forces assisted in evacuating around 800 elements of the Syrian Civil Defense (The White Helmets) and their families from Al-Quneitra governorate through Israel to Jordan. However, several reports stated that only around 400 individuals arrived in Jordan. The evacuation was done at the request of the United States and several European countries. The evacuated elements and their families will be settled in Germany, Canada, and the United Kingdom.

Syrian Arab Army entered the city of Nawa, after rebel elements who refused reconciliation, and their families were evacuated from the locality towards northern Syria. 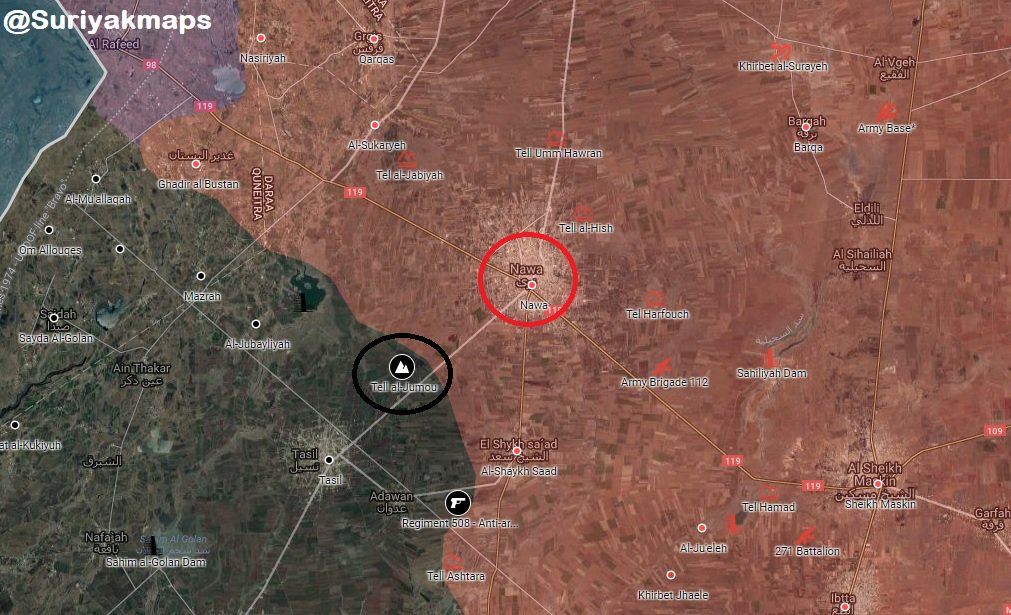 11 elements of the Islamic State surrendered to the Afghan National Security Forces with their weapons in Jarqadouq village of Qush Tepa district.

Islamic State’s suicide attack targeted convoy of the Afghanistan’s vice president, General Abdul Rashid Dostum near Kabul (Karzai) airport. According to the reports, at least 14 individuals were killed and around 60 wounded by the explosion, while Dostum wasn’t harmed in the incident.

Islamic Emirate of Afghanistan’s Al-Emarah News stated that the group conducted coordinated attacks against the Afghan National Security Forces’ positions in Zawaka area of Omna district. According to Al-Emarah News, an Afghan National Security Forces’ base and four checkpoints were overran, while 14 elements were killed and 12 wounded in the encounters. Islamic Emirate of Afghanistan seized ten assault rifles, four PK machine guns, and two RPG launchers from the checkpoints.