Hello and welcome to the 468th installment of the SWD.

Two vehicle-borne improvised explosive devices exploded in the city of Afrin. The first explosion took place in Al-Faylat neighborhood next to Dirsem hospital, while the second explosion occurred near Kawa Haddad roundabout. Reports suggest that more than 13 civilians were killed and several dozens wounded by the two explosions.

Approximate situation in Deir al-Zour and Homs governorates after the Islamic State’s presence was reportedly removed from desertous areas in the governorates. Source: Suriyak

Demonstrations against rebel factions were held in the city of Ibta, calling on rebel fighters to evacuate the locality. The demonstrators also reportedly raised the flag of the Syrian Arab Republic. 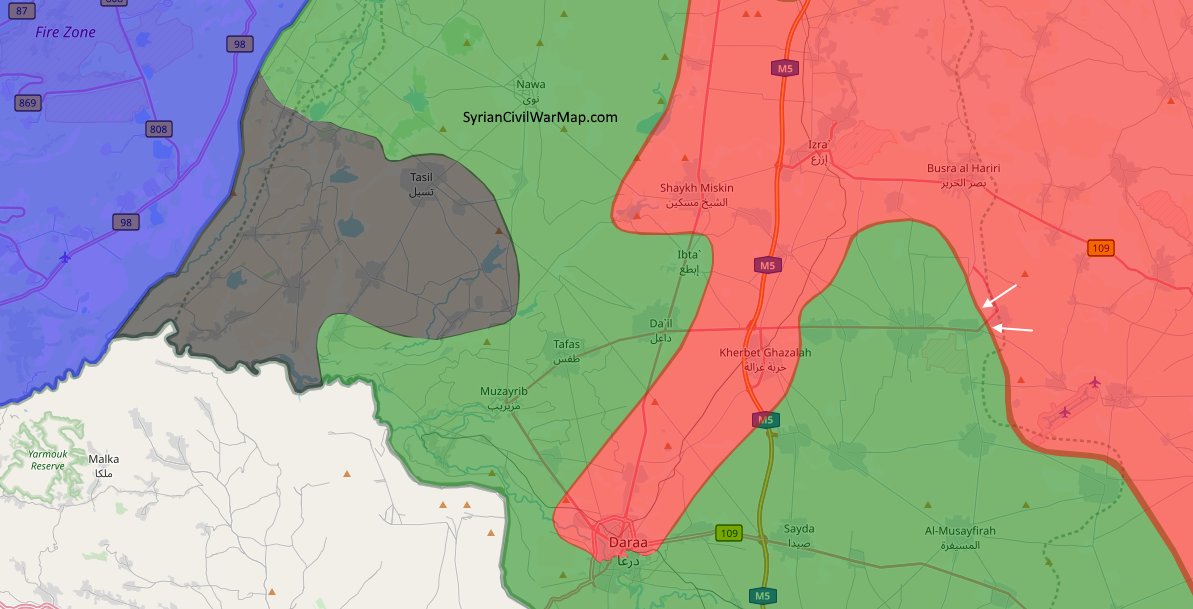 Islamic Emirate of Afghanistan conducted large-scale operations against the Islamic State in Chapa Dara district, reportedly overrunning seven of the latter’s posts. Nine elements of the Islamic State were killed in the encounters.

Afghan National Security Forces killed seven and wounded two elements of the Islamic Emirate of Afghanistan, as well as destroyed a vehicle in Nawa and Ghazni districts.

16 elements of the Afghan Local Police surrendered to the Islamic Emirate of Afghanistan in Wazakhwa district.

Islamic Emirate of Afghanistan’s snipers killed one and wounded one element of the Afghan National Army in Shah Mansour and Soli areas of Tarinkot district.