Hello and welcome to the 466th installment of the SWD.

Improvised explosive device wounded a civilian near a train station in the city of Jisr al-Shughur.

Syrian Arab Army and allies are reportedly in full control of Al-Lajat region, after the rebel forces decided to withdraw from the region towards Bosra al-Harir.

Rebel ‘Central Operations Room of the South’ released a statement claiming that its elements damaged a Syrian Arab Air Force’s MiG-23, as the warplane was conducting air raids over Bosra al-Harir. The operations room released an additional statement stating that its elements destroyed a Syrian Arab Army’s BMP with a TOW anti-tank guided missile near the village of Nahata. 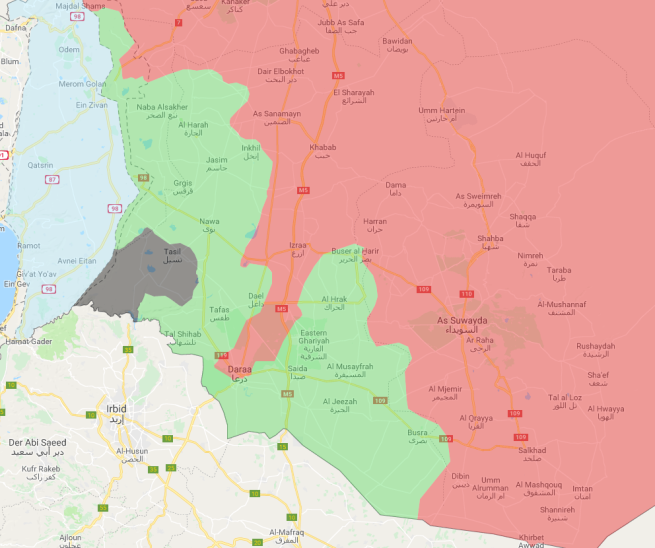 Islamic State’s Amaq Agency released a statement stating that the group launched an attack against the Syrian Arab Army near Bir al-Neama in northeastern Al-Suwayda. According to the agency, nine elements of the Syrian Arab Army were killed and two vehicles destroyed in the attack.

Two elements of the Afghan National Army defected to the Islamic Emirate of Afghanistan in Khogyani district.

Two elements of the Afghan National Army surrendered to the Islamic Emirate of Afghanistan in Mubarak Shah area of Ab Kamari district.