Hello and welcome to the 454th installment of the SWD.

Improvised explosive device targeted a commander of Faylaq al-Sham’s Liwa Bani al-Umayyah, wounding him near his house in the city of Urum al-Kubra, west of Aleppo.

Vehicle-borne improvised explosive device targeted a market in the city of Al-Bab. According to the reports, at least nine civilians were wounded and transferred to Al-Hikma hospital in the city. 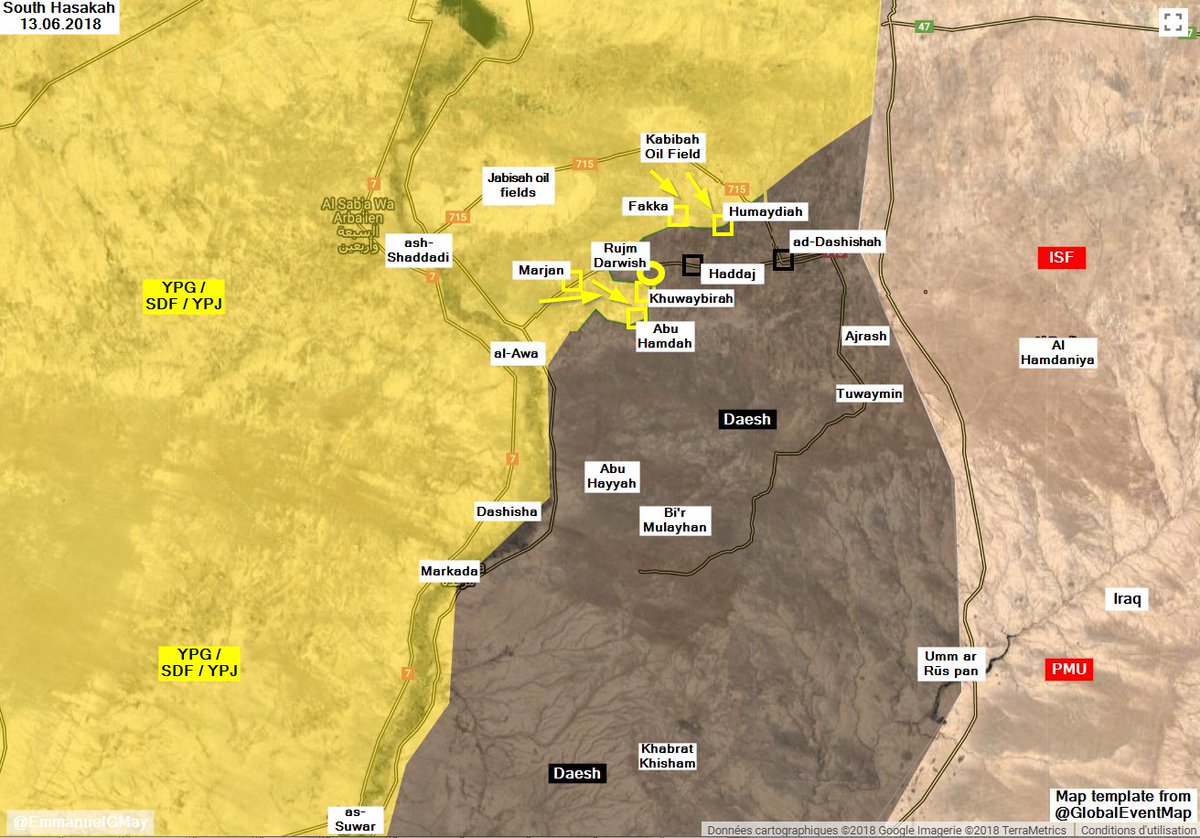 Unknown individuals (allegedly affiliated with Hayat Tahrir al-Sham) released the former leader of the Free Syrian Army’s Liwa Shuhada al-Islam, Captain Said Naqrish (Abu Jamal). Naqrish was reportedly released after a large ransom was paid. Unknown individuals arrested Naqrish on 24th of April in Sarmada, as he entered Idlib from Turkey in order to meet with his relatives, who were evacuated from Al-Dumayr in the Eastern Qalamoun. Even though Hayat Tahrir al-Sham officially denied having any connections to the kidnapping and detainment of Naqrish, the group still remains as the main suspect, because Naqrish participated in Astana peace talks, which were rejected by the group.

‘Organisation for the Prohibition of Chemical Weapons’ released a statement confirming that Sarin and Chlorine were used in Al-Lataminah on 24th and 25th of March 2017. OPCW’s findings in the aforementioned statement;

The conclusions for the 24 March and 25 March incidents are based on separate witness testimony, epidemiological analysis and environmental samples. The collection of information and material, interviewing witnesses, as well as analysis of samples required a longer period of time to draw conclusions.

The FFM’s report on the Ltamenah incidents has been shared with States Parties to the Chemical Weapons Convention. The report was also transmitted to the UN Security Council through the UN Secretary-General.

Vehicle-borne improvised explosive device targeted Kuchi market in the 2nd District of the city of Jalalabad, capital of Nangarhar Province. The explosion reportedly killed one and wounded seven civilians.

Islamic State’s fighters assassinated a member of the ‘National Intelligence and Security Agency’ in the city of Bosaso.