Hello and welcome to the 376th installment of the SWD.

Two Free Syrian Army’s factions, Tajammu Ahrar al-Sharqiyah and Firqat al-Hamza clashed in the city of Afrin, after the latter killed former’s commander, Abu Qasr al-Qadsiyah. Clashes between the two also occurred in Al-Bab and Al-Rai. Two elements of Firqat al-Hamza were killed in the clashes, while several fighters were wounded on both sides. Tajammu Ahrar al-Sharqiyah raided Firqat al-Hamza’s headquarters and reportedly arrested around 200 elements. However, the two factions reached a ceasefire agreement under Turkey’s mediation. According to the agreement, the factions will hand over wanted/responsible elements to a neutral party, as well as release all prisoners and return villages, headquarters, and positions to previous operators.

Rebel “guerrilla” group Harakat al-Qiyam attempted to assassinate and wounded spokesperson of the Syrian Democratic Forces’ Manbij Military Council, Shervan Derwish in the city of Manbij. Derwish is currently hospitalized in Manbij and his condition is stable. Several reports claimed that the attacker used a sniper rifle and shot Derwish two times.

Islamic State’s Amaq Agency reported destruction of a Syrian Arab Army’s position at the outskirts of Al-Bukamal (Albu Kamal) with an RPG.

Evacuation of Faylaq al-Rahman’s elements and their families from Arbeen to Idlib started last night, with the first batch of 981 evacuees leaving the East Ghouta. The second batch is expected to leave towards Idlib today with around 2300 rebel fighters and their families.

Syrian Arab Army took full control of Hazeh in the East Ghouta, after Faylaq al-Rahman’s elements completely evacuated from it.

Islamic State’s Amaq Agency reported that the group’s sniper killed a rebel fighter at the outskirts of Yalda, south of Damascus. 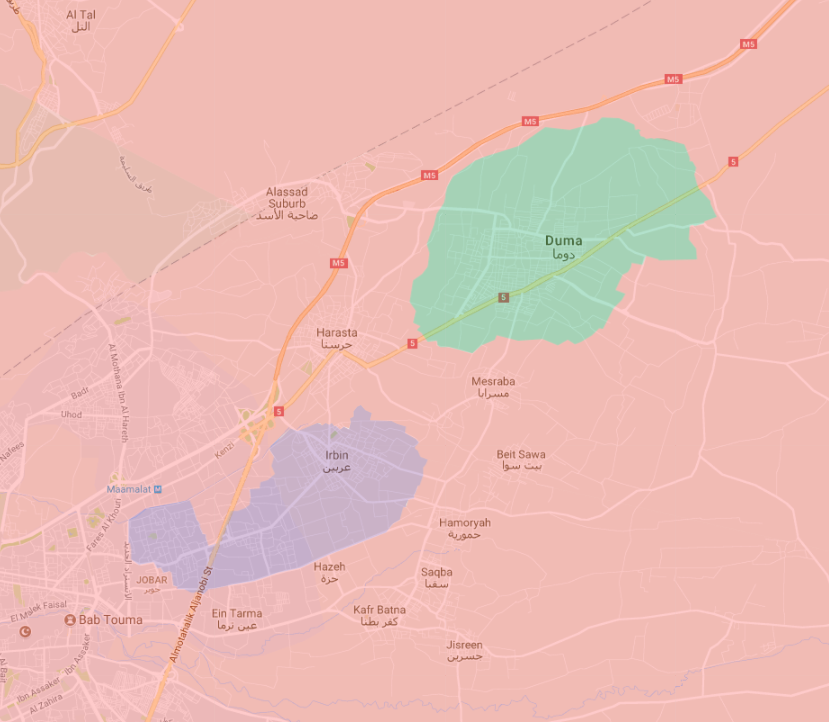 Afghan National Security Forces killed 11 and wounded seven elements of the Islamic Emirate of Afghanistan (Taliban), as well as destroyed two bases and a vehicle in Khan Abad, Imam Sahib, and Aqtash districts.

Afghan National Security Forces killed four and wounded 11 elements of the Islamic Emirate of Afghanistan, as well as destroyed five motorcycles and a fighting position in Qadis district.

Afghan National Army’s element surrendered to the Islamic Emirate of Afghanistan in Naro area of Qala i Naw district.

Two suicide bombers targeted Nabi Akram mosque in the city of Herat. The attackers attempted to enter the mosque, but were confronted by the security, which forced attackers to detonate themselves. According to the reports, one individual was killed and seven wounded in the twin explosion. Islamic State’s Amaq Agency claimed responsibility for the attack by saying that ingimhasi (suicide fighters) targeted ‘Shiites’ in Chaharsu district of Herat.

Afghan National Security Forces killed 11 and wounded 12 elements of the Islamic Emirate of Afghanistan, as well as seized three motorcycles in Gelan, Waghaz, and Andar districts.

Afghan National Security Forces killed one and wounded one element of the Islamic Emirate of Afghanistan in the city of Tarikont, capital of Urozgan Province.

Islamic Emirate of Afghanistan ambushed and killed Afghan National Army’s commander in Hindo Chawk area of the 6th Police District in the city of Kandahar.