Hello and welcome to the 372nd installment of the SWD.

Syrian Democratic Forces’ YPG destroyed a vehicle of the Free Syrian Army with an anti-tank guided missile in Bulbul subdistrict. 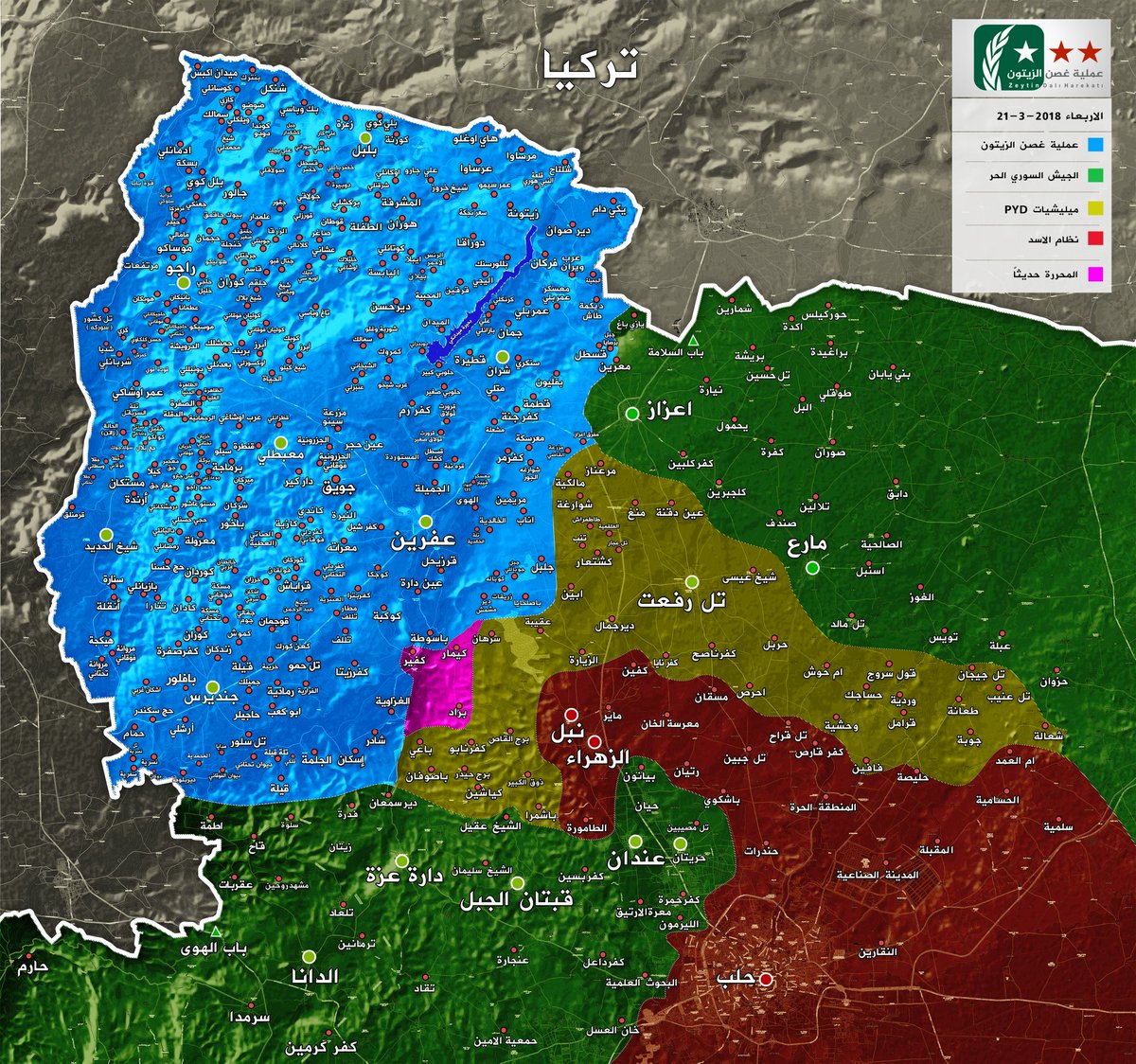 Syrian Democratic Forces released 15 individuals accused of belonging to the Islamic State in the city of Raqqa. The release was agreed upon with the elders and sheiks of the city of Raqqa. The prisoners were released on the occasions of Mother’s Day and Nowruz (New Year), after it was determined that the individuals were “tricked” by the Islamic State in joining the group and didn’t commit murder.

Left over Islamic State’s improvised explosive device killed a civilian near Al-Sawamie roundabout in the northern part of Raqqa city.

Syrian Arab Army made limited advances against Faylaq al-Rahman in Ain Terma and Hazeh in the East Ghouta.

Islamic State executed a commander of the Palestinian People’s Party’s armed wing, Nidal Darwish in Al-Qadam neighborhood, south of Damascus. Darwish was captured by the Islamic State in the aforementioned neighborhood, while fighting with his militia on the Syrian Arab Army’s side.

Islamic Emirate of Afghanistan ambushed and killed Afghan National Army’s commander, Fazullah in Shidaie area of the city of Herat.