Hello and welcome to the 365th installment of the SWD. 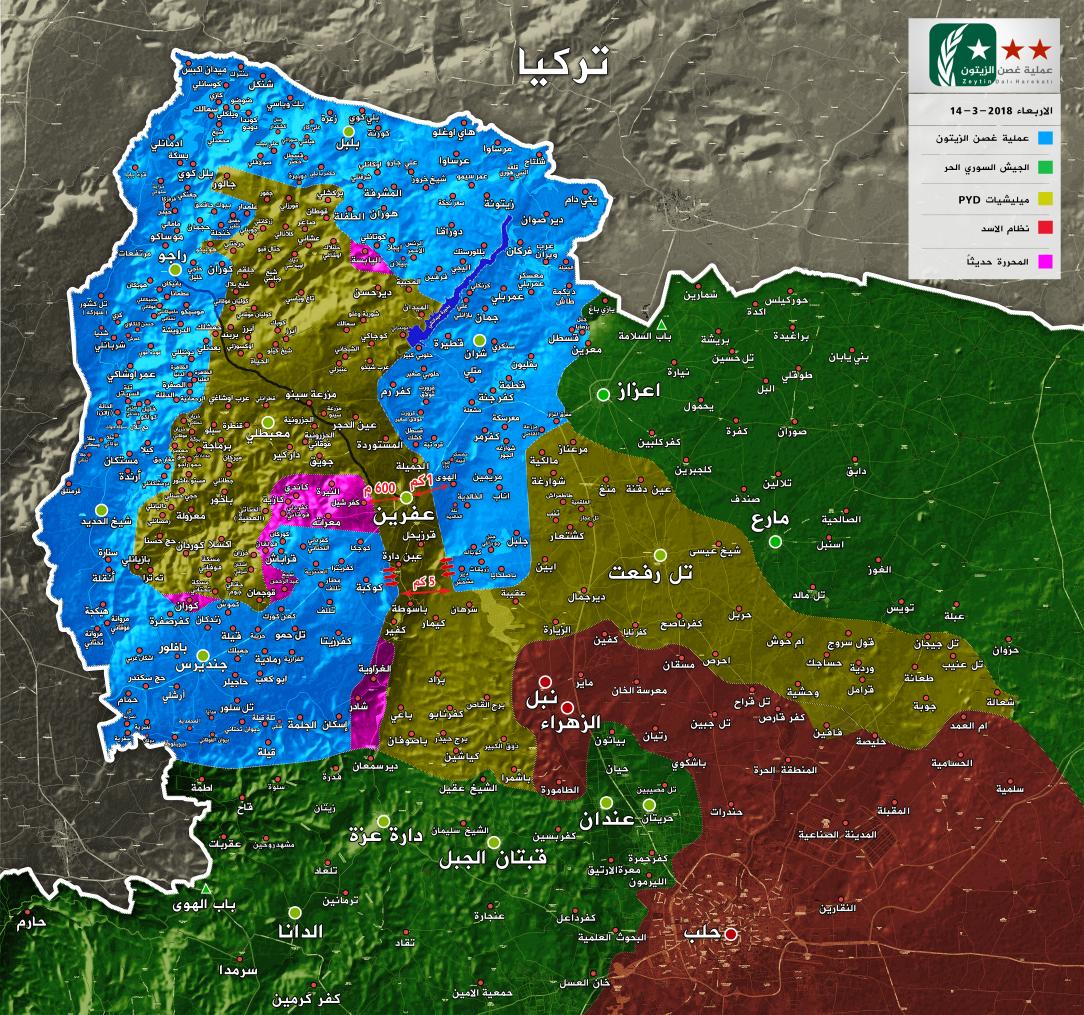 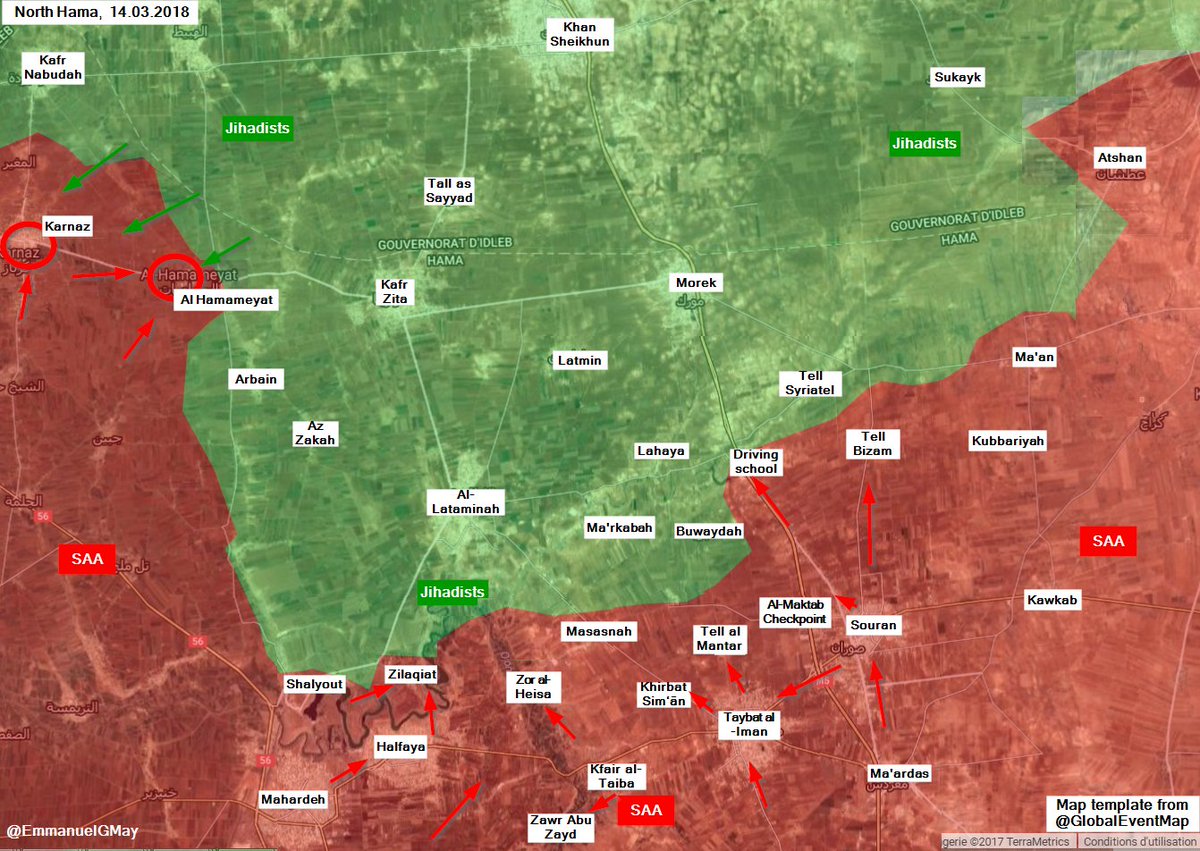 Syrian Arab Army’s artillery and Syrian Arab Air Force targeted Hazeh, Kafr Batna, Saqba, Arbeen, Hammouriyah, and Jisreen in the East Ghouta. According to the Syrian Civil Defense (The White Helmets), four civilians were killed by the targeting of Kafr Batna, while several were reportedly killed by the targeting of Hammouriyah and Saqba. Syrian Civil Defense also stated that its center in Hammouriyah was completely destroyed by today’s air raids over the locality.

Rebel forces in the East Ghouta shelled Jaramana and Babila, as well as Al-Qasaa and Al-Duwaileah areas of the city of Damascus. According to the Syrian Arab News Agency, five civilians were wounded by the shelling of the aforementioned localities.

Syrian Arab Red Crescent evacuated another 25 wounded civilians from Douma in the East Ghouta through Al-Wafideen crossing. The evacuated civilians are reportedly receiving treatment in hospitals in the city of Damascus, with reports that serious cases will be transferred to hospitals in Turkey. The evacuated individuals will be transported back to Douma after their treatment is finished. Reports suggest that two more batches of wounded civilians will be evacuated from Douma, under the agreement between Jaysh al-Islam and Russia. 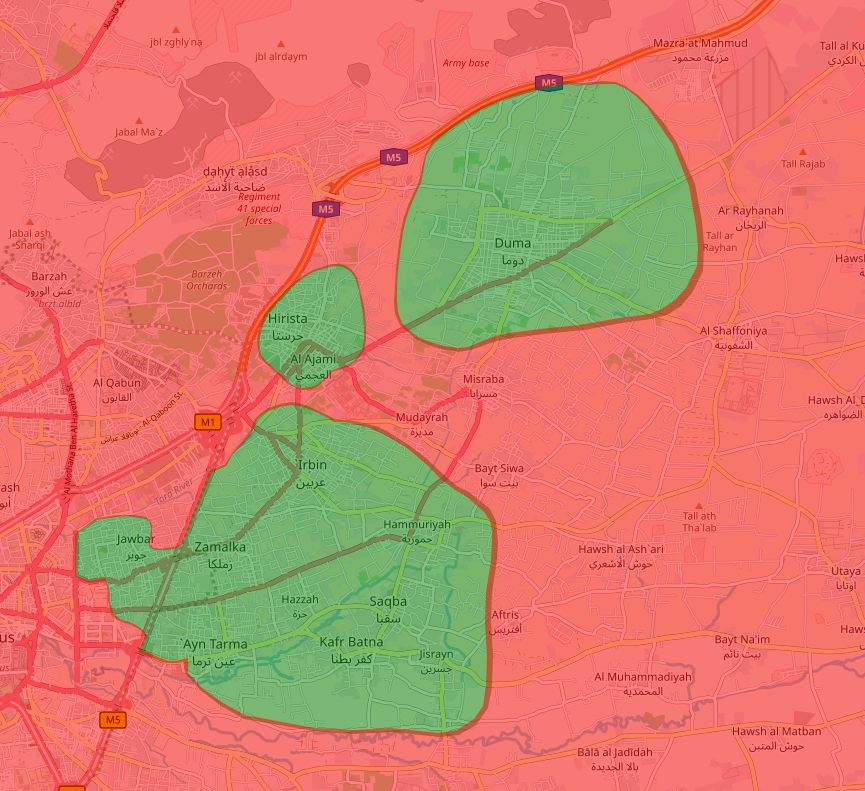 Afghan National Security Forces killed two and wounded three elements of the Islamic Emirate of Afghanistan (Taliban) in Pashtun Kot district. Islamic Emirate of Afghanistan’s Al-Emarah News reported that the group overran a military base in Yaka Toth area of Pashtun Kot district, while the clashes are continuing in the area around two checkpoints, which are besieged by the group.

Four elements of the Afghan Local Police surrendered to the Islamic Emirate of Afghanistan in Gorzah and Jar Kala areas.

Islamic State killed an element of the Afghan Local Police, during the clashes between the two sides in Bandar area of Achin district.

Islamic Emirate of Afghanistan’s improvised explosive device killed one and wounded one element of the Afghan National Army in Saydabad district.