Afrin city is almost besieged from the south as pro-Turkey rebel units continue to drive towards the city. Their advance has come without intense fighting, despite YPG/SDF forces having the military capacity to wage a bloody resistance campaign. This indicates that they wish to either exit the area with their lives and live to fight another day in SDF territory further east, or wage a Kobani or Al Bab-style last stand in Afrin town (which would deny Turkey a major administrative center for their newly-conquered Syrian lands.

Curiously, the Syrian Democratic Forces have refused a fifth offer from the Syrian government to turn over their positions and disarm in exchange for protection. This is a rather extreme position to take given the circumstances, but reflects an ideological fortitude of the majority-Kurdish defenders. Meanwhile, NDF militiamen surreptitiously captured the previously SDF-held village of Ziyarah north of Nubl, positioning them to retake more SDF villages in the coming days. This move also threatens to cut off SDF forces in the Tel Rifaat area from the rest of Afrin Canton, pressuring them to give up their positions to the government. 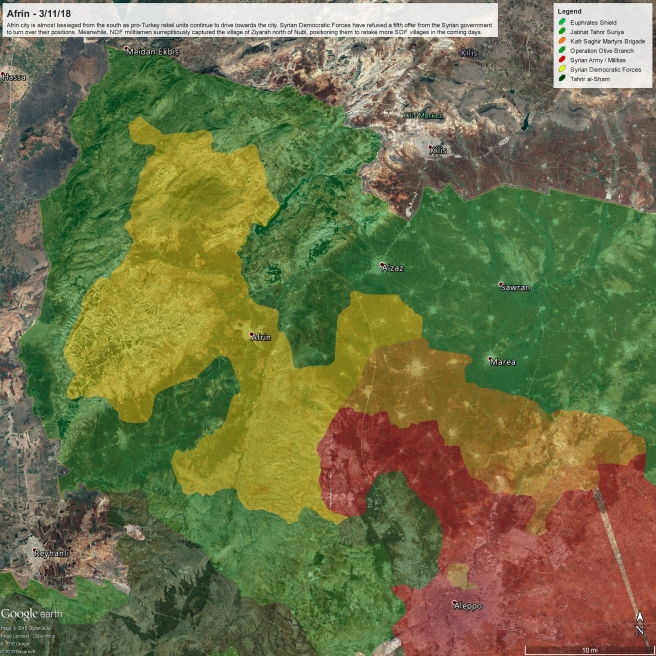