The forces of the Syrian Arab Army have captured the town of Mesraba, cutting off key supply roads and further isolating the Army of Islam stronghold of Duma from other rebel areas. The Army also continued its measured advance in the Harasta orchards area, almost cutting off rebels in the city center. Government forces are only a few hundred meters from meeting their forces and creating three rebel pockets: Duma, Harasta, and Irbin. This would devastate the rebel defensive strategy and make capturing the entire Eastern Ghouta area far easier for the government.

The farm-first strategy of the Syrian Army has succeeded in depriving the rebels of farmland to feed its fighters, forcing them to retreat to city areas. Though these areas are harder to hit with precision bombs, the rebels are far more accustomed to plain warfare than intense city combat, so the Syrian Army may have an advantage in the coming weeks.

The Syrian Army will likely attempt to seize Madyara town in the next day or two, which would give their forces more security from rebel attacks. The trend of minor advances outside the city center of Harasta is also likely to continue, as the Syrian Army wants to completely isolate the city first (like in Zabadani) before engaging in the costly combat of city warfare. 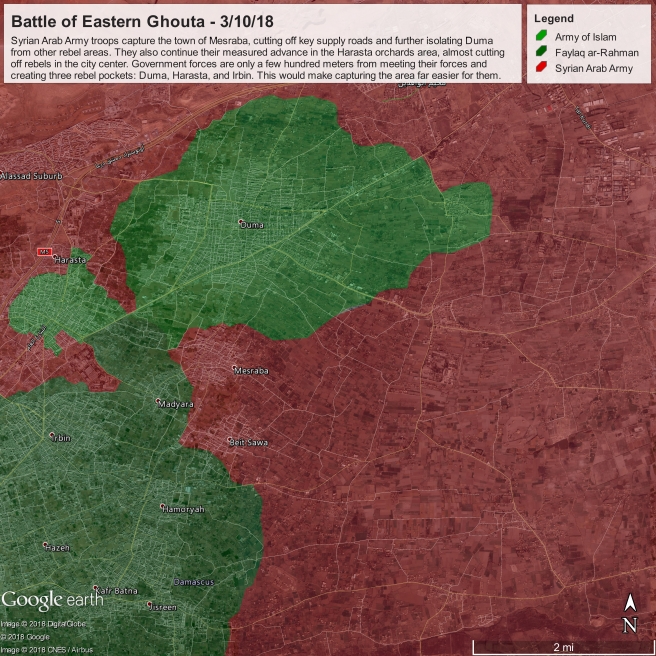