Hello and welcome to the 357th installment of the SWD.

Syrian Democratic Forces’ Jaysh al-Thuwar and Northern Democratic Brigade announced the start of deployment of its units from Raqqa and Deir al-Zour governorates to Afrin region, in order to assist the YPG against the Turkey-backed Free Syrian Army. According to the reports, the aforementioned factions will send several hundreds of their elements to Afrin.

Vehicle-borne improvised explosive device exploded near a post office, in the vicinity of the headquarters of the Free Syrian Police in TFSA-held city of Al-Bab. The explosion reportedly wounded four civilians. One wounded civilian was transferred to a hospital in Turkey, while the remaining three were hospitalized in Al-Bab. 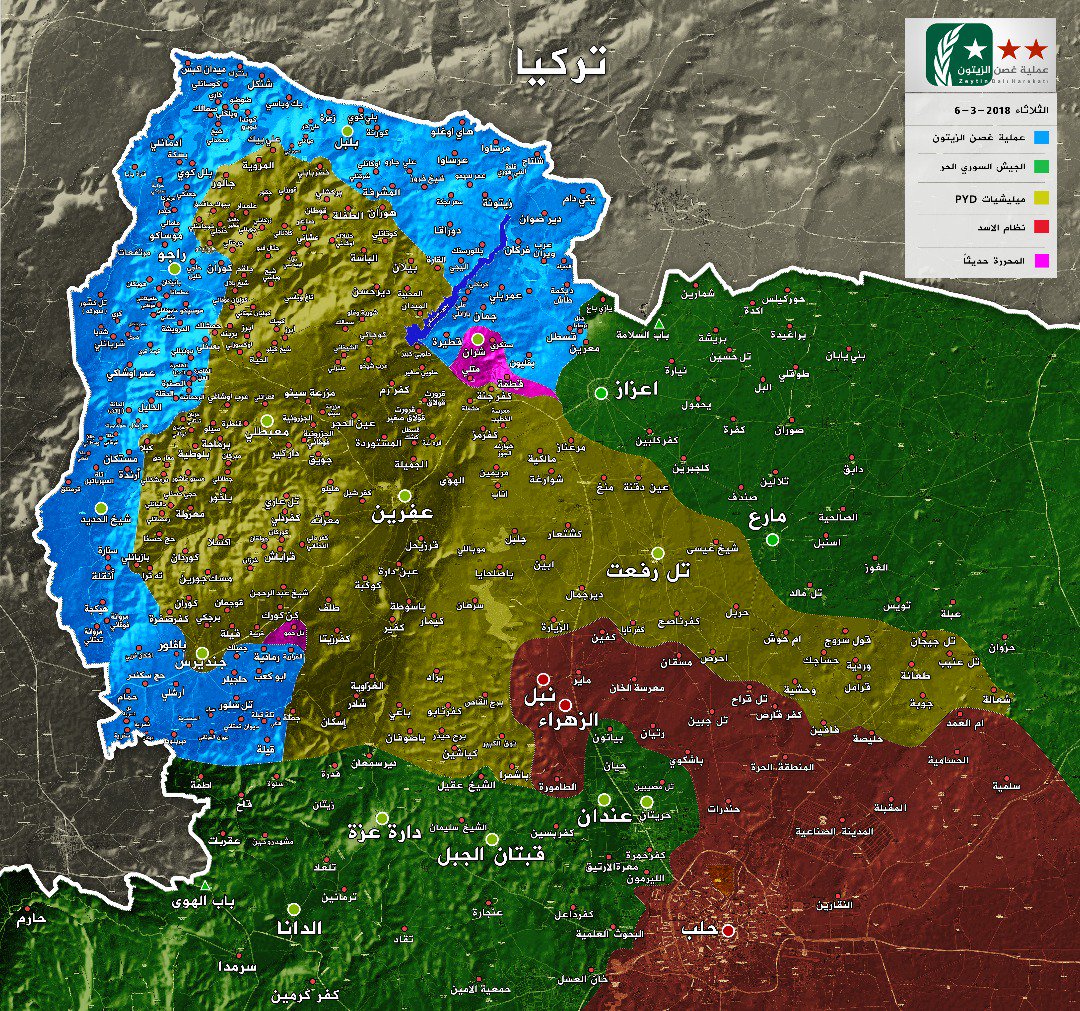 Russian Air Force’s Antonov An-26 transport aircraft crashed while landing at Hmeimim Air Base. Russian Ministry of Defense stated that the crash killed all of 39 military personnel on board.

Approximate situation in Idlib, HD version of this map can be found here. Source: Tomasz Rolbiecki

Rebel forces in the East Ghouta shelled Jaramana, as well as Bab Touma and Ash al-Warwar areas of the city of Damascus. According to the Syrian Arab News Agency, three civilians were killed and 15 wounded by the shelling of the aforementioned localities.

Several individuals in rebel-held Hammouriyah, Mesraba, and Saqba in the East Ghouta, raised the flag of the Syrian Arab Republic. Reports also suggest that demonstrations were held in the aforementioned localities and in Kafr Batna against rebel factions. 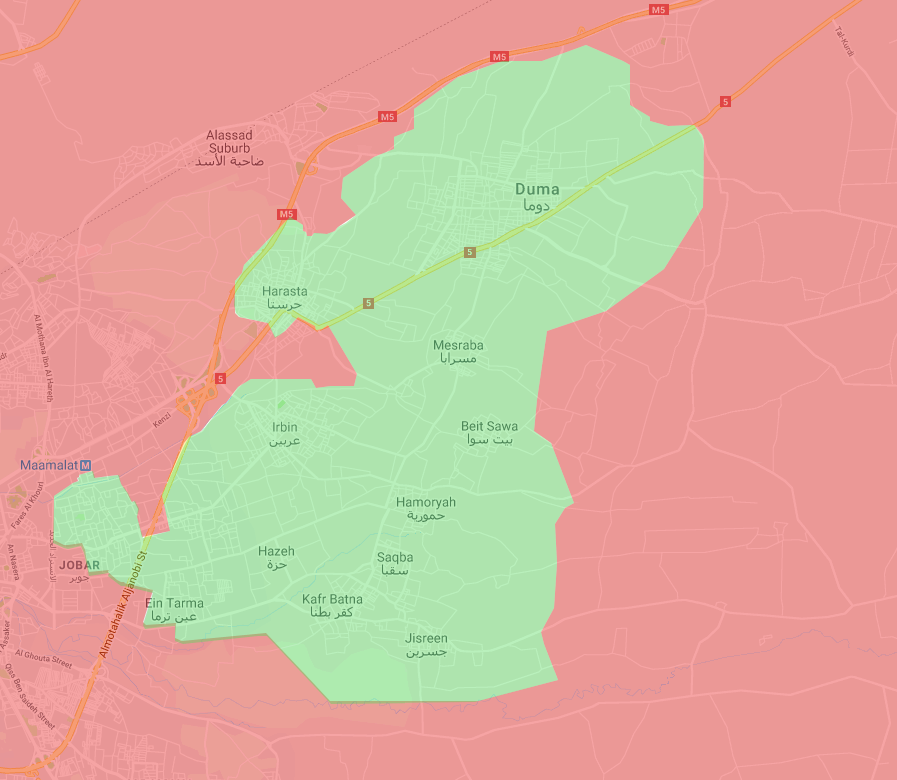 Islamic State reportedly ambushed Al-Hashd al-Shaabi (Popular Mobilization Units) on the road towards the village of Imam Wais, northeast of Baqubah. According to the Islamic State’s Amaq Agency, three vehicles were damaged in the ambush.

Afghan National Security Forces killed two elements of the Islamic Emirate of Afghanistan in the center of Kunduz Province.